Barnsley FC Head Coach, Gerhard Struber felt a draw was the fairest result when his side met the Sky Blues on Saturday afternoon.

On a cold September day at Oakwell, very little was offered up by either side to warm up the few in attendance.

Another failure to score - no goals in the opening three league games for Barnsley - with the Reds barely threatening visiting 'keeper Marko Marosi in this 0-0 draw.

On the other hand, it was a defensively solid showing where Reds stopper Jack Walton wasn't forced into making a save at all, although the Sky Blues did hit the woodwork through Leo Ostigard in the first half.

Gerhard Struber admitted there could be no complaints with the result.

"I think today we could not have expected more than the necessary point. We came up against a very disciplined Coventry team in the defence and didn't do enough with the few chances we make.

"It is a point and a clean sheet and so we go forward into the next games.

"We must improve with our output, and this is another example."

It's Middlesbrough next up for Barnsley, a place they visited very recently and emerged 2-0 winners in a Carabao Cup tie.

Gerhard feels it's an opportunity to pick up that first three-point haul of the season.

"We are on similar levels, there isn't a lot between us and we have seen already that we can go to Middlesbrough and get a result.

"Now we focus on next weekend and making sure we back up this first point with all three in 'Boro."

The Head Coach reacts to his side's goalless draw with the Sky Blues.


Following our 1-0 victory over Coventry City on Saturday afternoon, Markus Schopp praised his side’s resilience to hold onto the three points. 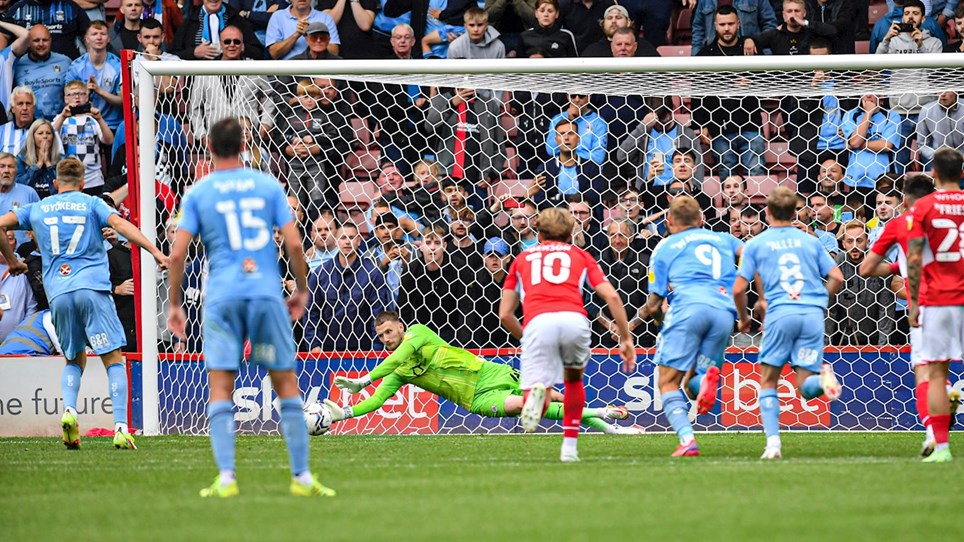 
Speaking after his heroics in our 1-0 victory over Coventry City, Brad Collins dedicated the win to our supporters, who were back inside Oakwell in full force after 17 long months away.


Match-winner Dominik Frieser says he wants to add more goals to his game after getting off the mark already this season.