Barnsley Football Club is delighted to announce the signing of Daniel Bramall.

The versatile wide man will link up with Martin Devaney in our U23s squad ahead of the 20/21 Professional Development League campaign after impressing while on trial with the Reds.

“I’m very pleased,” said Bramall. “I came in for a week’s trial and played two games, and obviously Martin and Bobby were pleased with how I did and they offered me a contract after the Derby game, so I’m made up to be joining a club with great potential.

“The first team has got quite a young squad, so I feel that if I can do well in the under 23s, hopefully I’ll get a chance in there. But I’ve got to keep working hard and get my head down because this is what I need.”

Having come through the ranks at Chesterfield, Bramall joined Everton where he flourished at U18 level and has since spent time with Matlock Town and Buxton after departing Goodison Park in 2019.

The 22-year-old is eager to kick on and is thrilled to have the opportunity to showcase his talents. 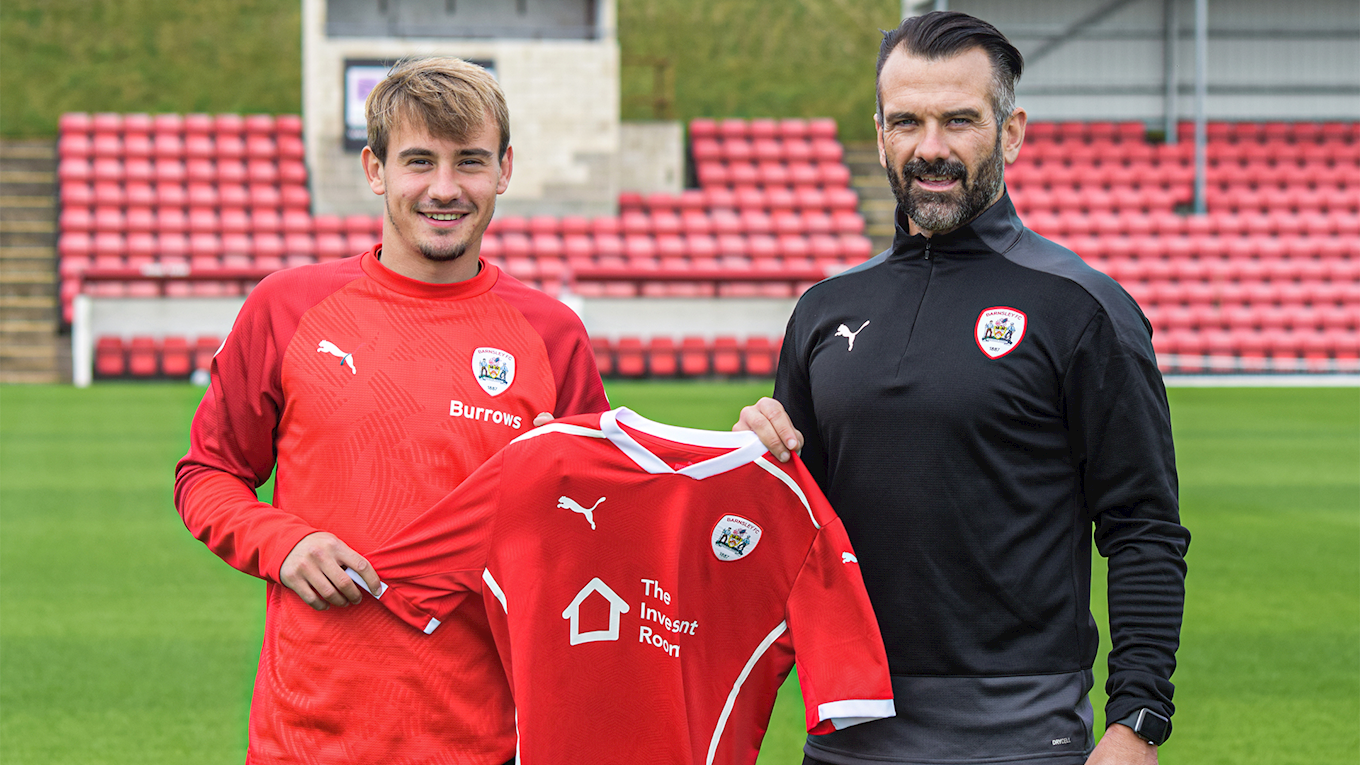 “I was at Everton for nine years and then I dropped down into non-league, which gave me a bit of confidence,” he continued. “So I’ve come here to try and get back up the ladder and hopefully things will develop for me here.”

Blessed with blistering acceleration, Bramall made his first competitive appearance for the young Reds at Nottingham Forest on Monday.

His raw talent caught the eye of Devaney, who is hoping he can help the youngster fulfil his potential this season.

“Dan is someone who has been at a Category 1 club and been educated really well,” asserted our U23s coach. “We were made aware of him and he came in and did really well in pre-season; he’s athletic, very quick and direct.

“His spell in non-league should be beneficial in terms of physicality and understanding the reality of how football can be and how brutal it can be. He did really well in the games when he came in and it’s up to him now to grab this opportunity with both hands.”

Everyone at Barnsley FC would like to welcome Daniel to Oakwell.