Having put in a confident first performance of the season up at Middlesbrough last week, Reds' stopper Brad Collins was then delighted knowing Barnsley's third round tie would see a return for him to his old stomping ground.

With the Blues for over 10 years, Collins will be going 'home' on Wednesday evening.

He explained, telling us: “To get a chance to play against Chelsea is amazing really, not just for me but for the whole team.

“I grew up there, I was there for many years.

“It was a great learning curve for me but I was never going to get an opportunity to play so I had to get out. But I did learn a lot, and we won everything there was to win in the youth teams.

“It’s good to go back. There’s a lot of familiar faces there but that stuff can wait until after the game.”

That appearance against Boro in the second round was Brad's first start in over six months.

With the COVID-19 lockdown, and then a slight injury that ruled him out upon the return to play, the 23-year-old had to watch on from the bench as Jack Walton performed magnificently as the Reds fought to safety last term.

“I had waited such a long time to play a competitive game, so I feel I did well at Middlesbrough.

“I’ve not changed anything, I’ve kept working hard and that holds me in good stead when I get a chance.

“Jack came in at the back end of last season and did very well, so I can’t fault it. But I’m just going to keep pushing hard and hopefully the gaffer thinks I can be the number one.” 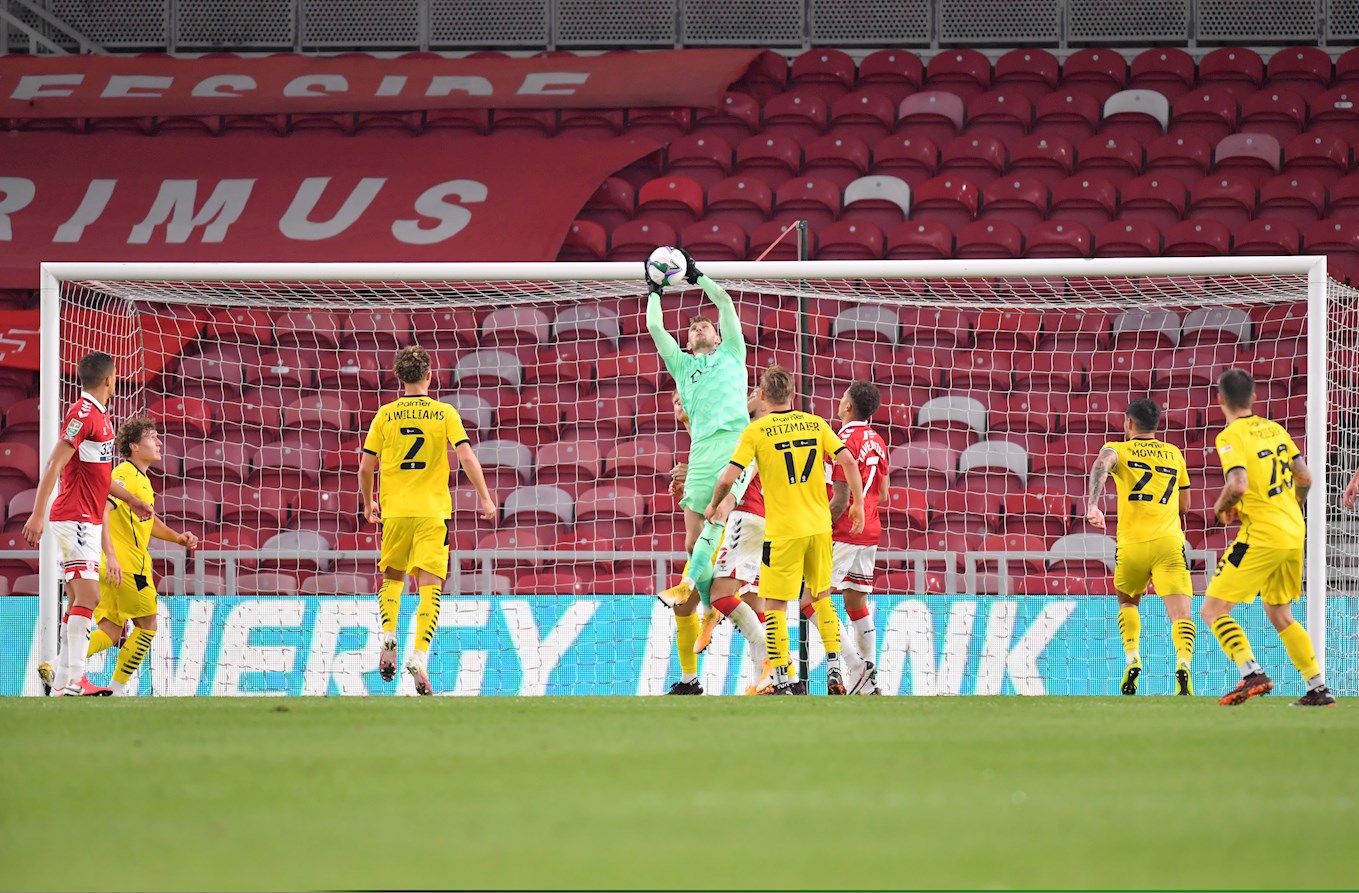 Just as his coach outlined before him, Collins believes it's pointless going to Stamford Bridge in awe.

The Reds must go there with a real belief and confidence in their own plan, as he explained.

“We have to go there with our own game, and implement it." Collins stated.

“Impress upon them our own style, and don’t just get drawn into playing how they want to play.

“It’s easy to go somewhere like that and freeze a little. We have to ignore all that and play our game and see where it takes us. This is a big chance, a bonus game. There’s no pressure on us tomorrow.”

Brad will always have fond memories of his time with the Blues, not just from the playing perspective where he won domestic and European trophies in the academy system there, but of the people working at the club.

They were a big help to Collins in one of his darkest moments, including a name that will be familiar to Reds fans.

“They were very supportive in my time there, they were great for me.

“My dad passed away four years ago, and people at Chelsea were so good in helping us, helping my family when it came to the funeral.

“Dad took me to Chelsea every day, he was well known around the place and I will never forget such as Adi Viveash there who were so helpful in what was a really hard time for me and the family.”

Our goalkeeper previews the trip to Stamford Bridge