Barnsley put to the sword by Premier League opposition to exit the Carabao Cup.

A Kai Havertz-inspired Chelsea were too much for the Reds this evening.

Exiting the Carabao Cup at the third round stage, Head Coach, Gerhard Struber will have been disappointed with the manner of the goals conceded in a game that wasn't totally reflected by the scoreline.

It could have been different, had the Reds grabbed the first goal that maybe their early football had merited. But it was a stark lesson for Barnsley in the end, ruthlessly brushed aside by the London club.

Brad Collins had to make a smart save as early as the opening minute to deny Callum Hudson-Odoi one-on-one, but it was the Reds who began the third round clash the brightest.

There was a stunning effort from Cauley Woodrow from all of 25 yards that had to be palmed over the bar by in spectacular fashion by Willy Caballero before shots from Alex Mowatt and Callum Styles were blocked inside the box as the Reds pressed for the opener.

Aapo Halme then saw a weak header saved from point blank range following a fine cross fron Kilian Ludewig, before the Reds were fortunate when after Mowatt was robbed in midfield, the advancing Havertz saw his shot saved low down by Collins.

But on 20 minutes the hosts did go ahead and it was more sloppy play that cost Barnsley. A poor pass backwards from Marcel Ritzmaier left an unaware Halme in bother on the edge of his own penalty area allowing Tammy Abraham to steal in and finish well beyond Collins for 1-0.

Ritzmaier nearly atoned for his error when he found space inside the box to the left thanks to Woodrow's fine through-ball, but the Austrian's powerful effort was straight at Caballero who parried to safety.

It was 2-0 though as we reached the half-hour mark and the goal was sublime. Some great footwork from Mason Mount on the left, he skipped infield before firing a pass in sharply towards Abraham who dummied it which saw Havertz latch onto the ball and coolly finish into the bottom corner.

All of Styles, Schmidt and Ritzmaier tested the home 'keeper before the break, with the latter two efforts being so close to a goal back for Barnsley, before right on half-time, Collins was booked as he charged out of his box and poleaxed Abraham. On another occasion, he could have been red carded on his return to the Bridge.

Woodrow was replaced at the break, with Luke Thomas introduced in the attacking midfield role, but the second 45 was a tough watch as the contest became really one-sided.

Ross Barkley made it 3-0 on 48 minutes as Mowatt was again dispossessed just outside the area, this time by Havertz and after he linked superbly with Abraham inside the box, the former Everton man made no mistake with a cracking left-footed finish.

Five minutes later and it was four for the Blues. And again, the Reds were punished having lost the ball through Sollbauer this time. He got the ball tangled in his own feet out on the right of defence, and eventually it was Havertz on hand to make Barnsley pay with Chelsea's fourth of the evening.

Both Conor Chaplin and Clarke Oduor made appearances, but the tide couldn't be turned. It was a matter of how many for the rampant hosts.

An error from Collins with 10 minutes remaining saw Havertz in for a simple tap-in to complete a hat-trick and make it 5-0.

Then to round off a comfortable night for the West Londoners, substitute Olivier Giroud was found free in the six yards box to dive in low for a header that found the net for six.


Gerhard Struber spoke of his side 'learning lessons' in last night's Carabao Cup defeat against Chelsea.


The Reds' Head Coach addressed the media at Oakwell this morning, looking ahead to Wednesday night's trip to Chelsea in the Carabao Cup. 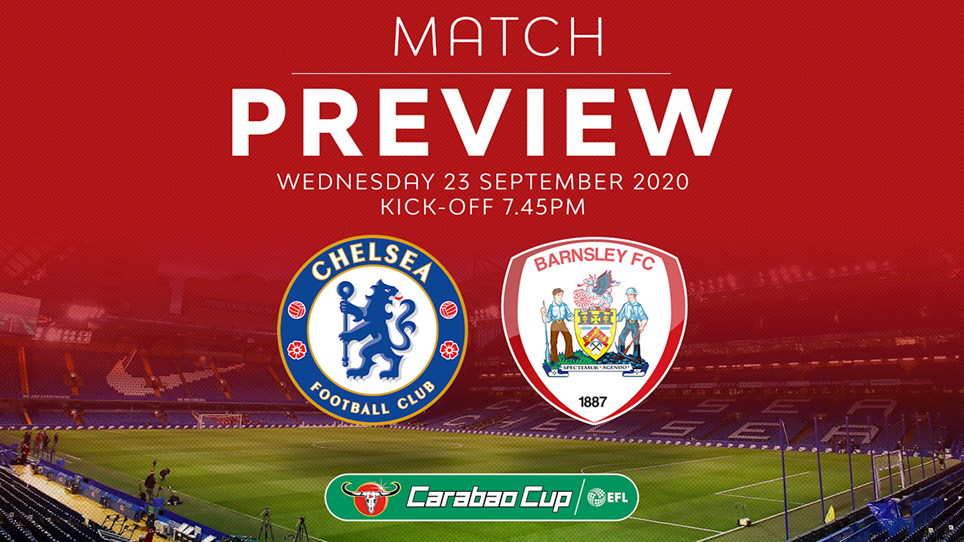 
Here are tonight's lineups in the Carabao Cup third round tie...

REDS THROUGH TO FA CUP FOURTH ROUND


Barnsley progressed to the fourth round of the Emirates FA Cup with a 2-0 victory at home to Tranmere Rovers on Sunday afternoon.

REDS EDGED OUT BY LEAGUE LEADERS


It was defeat for Barnsley in our opening fixture of the new year, as table-topping Norwich took all three points at Carrow Road.