Austrian central defender Michael Sollbauer says now is the perfect time to reflect and make sure the Reds come back in better shape after the international break.

Another defeat in the Sky Bet Championship, away at Middlesbrough on Saturday afternoon left the Reds still searching for their first league win of the season.

"We were not good enough in a number of situations." Sollbauer explained.

"The goals we received they were not good from our point of view and we must take responsibility for that.

"Both goals came at the wrong moment for us, and it became harder to find a way back into the match." 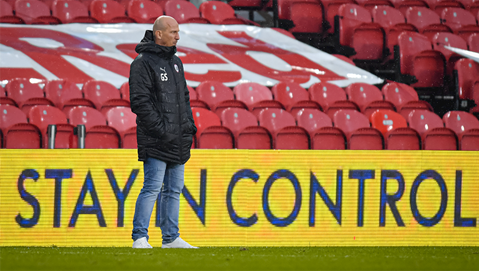 Goals just before and right after the half-time break gave the Reds a mountain to climb at the Riversisde.

In offensive areas, Barnsley failed to get one of their numerous efforts on target, except for Cauley Woodrow's late penalty.

But Sollbauer says it's early days and that if everyone sticks together he believes the talent and quality is here in the squad, to push on up the table.

"We have 42 games still to play and I have full trust in our squad.

"There is plenty of quality in the dressing room but we must use the next time now to work harder, to improve as a team on the training ground.

"That is the topic for us moving forward. We must keep working at our game and show what we are capable of after the international break."

The defender's reaction to defeat at Boro.


Having helped us see out our 3-2 victory over Middlesbrough on Saturday afternoon, Callum Brittain spoke of the upbeat mood within the camp following the recent run of results.


Speaking after the Reds’ superb 3-2 triumph against Middlesbrough on Saturday afternoon, Mads Andersen believes it is another timely morale booster as we enter the final third of the campaign.