It’s your chance to vote for our first 20/21 campaign Goal of the Month.

September saw Barnsley progress to the third round of the Carabao Cup after beating Nottingham Forest and Middlesbrough, before exiting the competition at the hands of Premier League giants Chelsea.

Vote for your favourite goal to choose a winner:

GOAL A: CAULEY WOODROW v NOTTINGHAM FOREST
The Reds’ striker showed his predatory instinct by being in the right place at the right time as he bundled home from close range after Clarke Oduor’s effort had bounced back off the post.

GOAL B: PATRICK SCHMIDT v MIDDLESBROUGH
One of the heroes of our survival season, the Austrian opened his account for the new campaign on Teesside. After being played in by Luke Thomas, Schmidt showed excellent composure to slot past Marcus Bettinelli at his near post.

GOAL C: JORDAN WILLIAMS v MIDDLESBROUGH
Our versatile defender was deployed as a left wing-back for this encounter and showed his attacking qualities throughout in an unfamiliar role. Once more teed up by Thomas, Williams burst into the area and calmly converted from close range to round off a fine team move.

GOAL D: MIKE BÄHRE v SHEFFIELD UNITED U23
The German midfielder picked the ball up 25-yards from goal and unleashed a fierce, curling effort that crashed in off the far post to give our U23s a deserved lead in the South Yorkshire derby.

Cast your vote by clicking the link below. 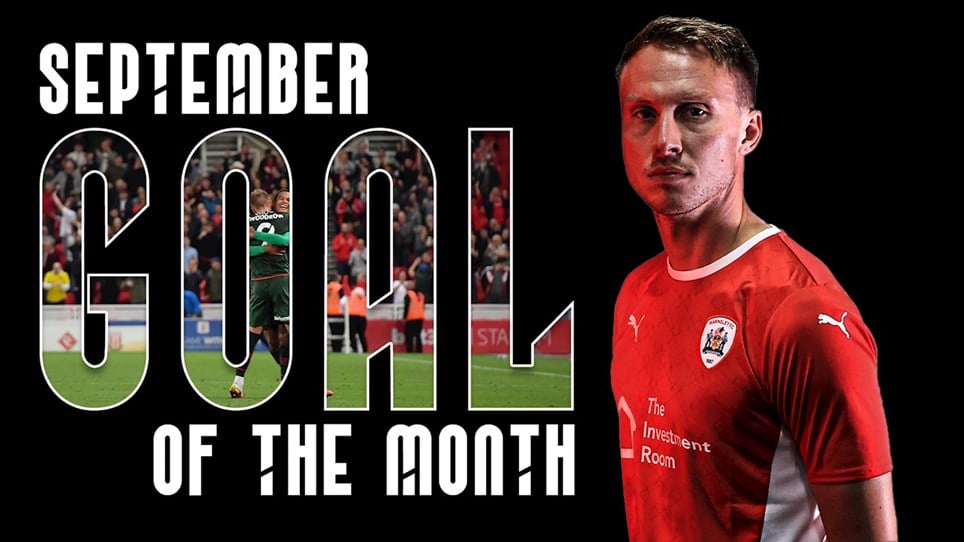