Speaking after our 1-1 draw with Millwall on Saturday afternoon, Alex Mowatt admitted it was a relief to see one of his efforts fly in as he got off the mark for the new campaign.

The skipper, who has tried his luck from distance on a few occasions already this term, picked up a loose ball 25-yards from goal and rasped an unbelievable half-volley into Bartosz Białkowski’s top corner to give Barnsley a deserved lead at the Den.

It’s something we all know he is capable of, having seen him do it time and time again for the Reds, and what a screamer it was, by him. 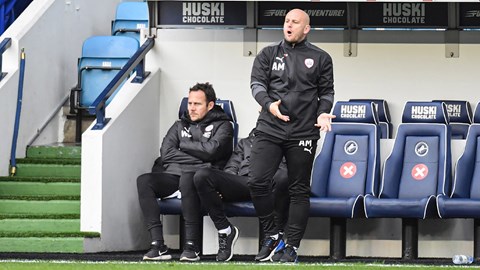 “It was nice to finally get a goal; I’ve been getting a bit of stick for my shooting, lately, so it was nice to put one in,” asserted Mowatt. “I’ll bang that in at number three, behind Huddersfield and Cardiff.”

Unfortunately, our lead didn’t last long as the Lions roared back and equalised before half-time through Jake Cooper’s header in added time.

The Reds have now conceded either side of the break in their last four outings and there was a sense of frustration for Mowatt, who feels Barnsley should have made it to the interval and regrouped ahead of the second half.

“It was so frustrating because, when we were celebrating, we were saying there was one minute left of the half and just see it out – don’t give any throw-ins, free-kicks or corners, and we’ve done that straight away,” he continued.

“It’s frustrating that they’ve scored from a set-piece.”

The skipper reflects on a draw at Millwall.


Following our 4-1 defeat at Millwall on Saturday afternoon, Poya Asbaghi insisted the Reds’ defending just wasn’t up to scratch.