Barnsley Football Club is delighted to announce the arrival of Callum Brittain, who joins the Reds from MK Dons for an undisclosed fee.

Putting pen to paper on a contract running until 2023 - the Club hold a further year's option - the 22-year-old bolsters the Reds' defensive ranks in this final week of domestic transfer activity.

Brittain made his Dons debut at the age of 18 and has since clocked up 122 appearances, whilst starring in the club's 2018/19 promotion campaign.

An England U20 international, Callum is a forward-thinking full back known for his pace and quality decision-making on the ball, whilst also being versatile and able to play in a variety of positions. 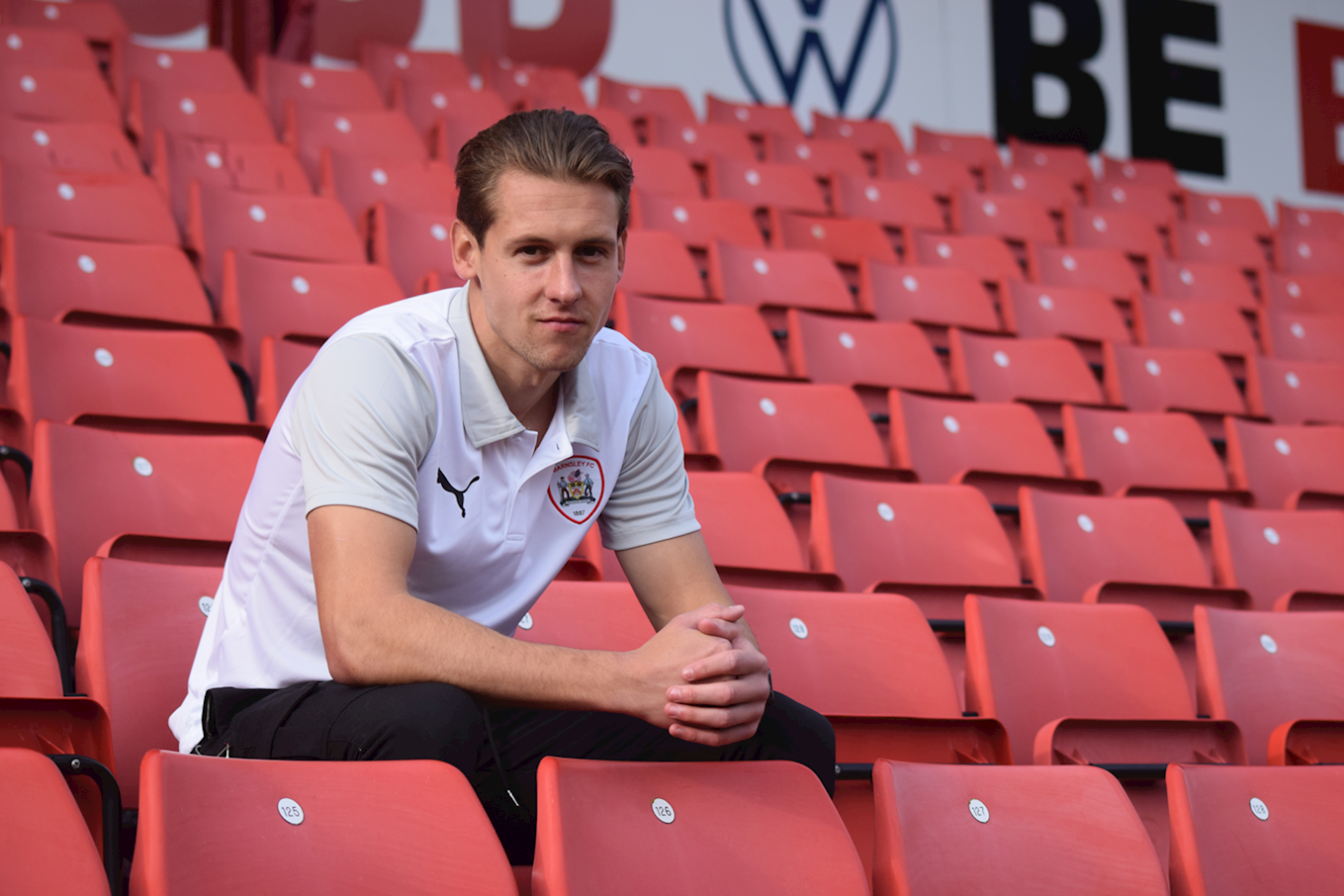 Chief Executive Officer, Dane Murphy was thrilled to get the deal over the line, as he told us soon after capturing the highly-rated defender.

"This is a significant addition to our squad, and one we've been chasing for a while.

"Callum is a terrific young talent who had a number of suitors, so for us to win the race for his signature is especially pleasing and we think he will only complement our options in defence.

"I'm delighted to welcome him to Oakwell."

Brittain said he can't wait to get started, after signing on the dotted line.

"I'm really happy to get it done and looking forward to meeting the lads and hopefully hit the ground running.

"It's been a positive few years of development in League One and Two and now I feel it's the perfect time to come and test myself at Championship level.

"Everyone only has good things to say about Barnsley and I'm sure I can achieve my goals here."

Watch the first exclusive interview with our new signing