Whilst over 7,500 Reds showed tremendous support in difficult times by purchasing a seasonal membership for the 20/21 campaign, the outbreak of COVID-19 has severely limited income generated on traditional matchdays.

With the 20/21 season thus far being played behind closed doors, more reliance has been placed on streaming, as the revenue secured via iFollow is one of the only streams available to Barnsley FC at this challenging financial time.

Illegal streaming, therefore, is having a greater impact on Clubs whilst supporters are unable to attend matches.

Clubs across the EFL are losing out to piracy, with the Reds, specifically losing a third of its income during this campaign owing to illegal streaming. Recent studies* suggest over half of sports fans consume sports content from pirate services at least once a month, meaning the figure of lost monies is likely much higher, due to the difficulties in detecting every illegal stream.

Close to 7,000 illegal EFL streams have been detected this season, with an average of 170 people viewing each stream, equalling 1.2million views. Supporters in the UK accessing iFollow (or Club equivalent) via a VPN are also accessing the stream illegally and taking the extra revenue directly away from Barnsley FC.

As revenue from streaming EFL matches goes directly to Clubs, both Barnsley FC and the EFL take piracy seriously. Working alongside Sky and the Premier League, Opsec are now proactively seeking out illegal streams on all formats and taking action against businesses and individuals. Supporters are encouraged to report any illegal streams they come across that may be showing EFL content unlawfully to ‘piracy@efl.com’. All emails will be treated confidentially.

More information on the League’s official streaming service, iFollow, can be found here. 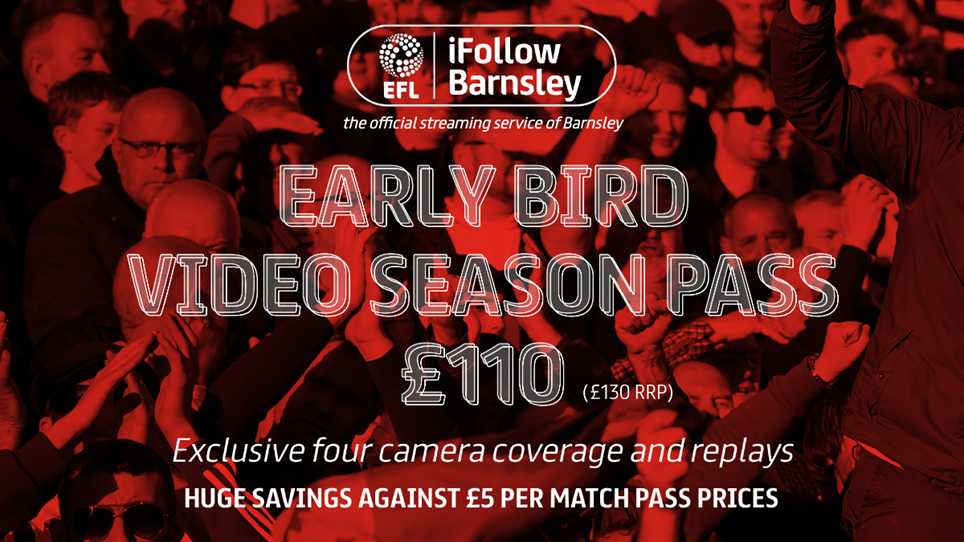 
The 2019/20 Sky Bet Championship season is just a few short weeks away, and so now is the time to set yourself up with an iFollow Barnsley subscription so you don't miss any of the action.

Tonge: "We will keep on improving."


The First Team Coach analyses the weekend defeat against Sheffield Wednesday while looking ahead to the First Round tie in the Carabao Cup against Carlisle United.