Heading into Saturday’s clash with Blackburn Rovers, Alex Mowatt is confident that Barnsley can pick up another positive result and continue their decent form.

The Reds have won four of their last six outings to climb to 14th in the Sky Bet Championship – seven points outside the play-offs and seven points above the drop zone.

Despite the fine start to the campaign, our skipper insists the team are not thinking about the potential rewards come May, instead concentrating on each game as it comes.

“I think we can do really well this season, since the gaffer has come in, we’ve done really well,” asserted Mowatt. “But I don’t think we’re thinking about the Premier League or top six, we just want to keep pushing on.

“I think we’ve had some tough opposition like Watford and beat them 1-0, we’ve played some really good teams and got some good results.

“If we keep performing and picking up results then you never know what might happen.”

Rovers are another team in fine fettle and are unbeaten in their last four outings, including a 3-0 midweek triumph over Lancashire rivals Preston North End at Deepdale.

Adam Armstrong was on target once more for Tony Mowbray’s side, notching his 12th goal of a fruitful campaign and Mowatt knows only too well the striker’s capabilities having played with him briefly during his loan spell at Oakwell.

“I get on well with Arma, so it’ll be good to see him,” continued the Reds’ captain.

“He’s been on fire. I think, even last season, he was unbelievable and it doesn’t surprise me what he’s doing this season.”

Like Armstrong, Mowatt has also been amongst the goals recently with his stupendous half-volley against Millwall named as Championship Goal of the Month.

The midfielder is delighted to be adding more to his tally and says it is important that everyone continues to find the net to take the pressure off the forwards.

“I thought the goal against Watford was a better goal, but I’m pleased to have got the award so I’m happy either way,” laughed Mowatt.

“A lot of the lads have mucked in with goals this season and it’s taken the pressure off Cauley and the other strikers like Chaps, so it’s good that everyone is chipping in.”

You can watch Alex’ press conference on iFollow Barnsley. 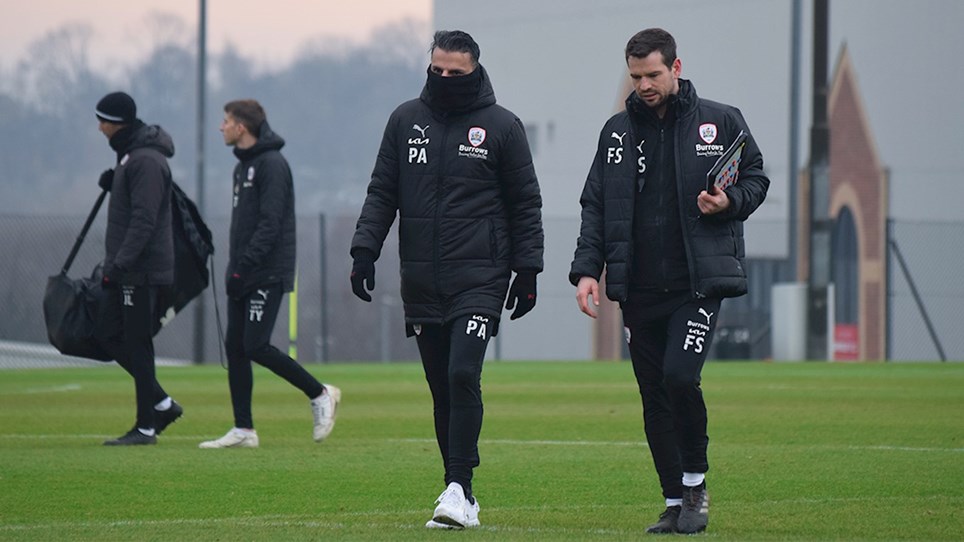