On the anniversary of that crazy afternoon in West Yorkshire, we catch up with one of the stars of that particular squad - Jim O'Brien, who gives us his thoughts seven years later...

It was the definitive season of two halves, the 2012/13 Championship campaign, with the Reds looking dead and buried after the opening four months of the season before a miraculous turnaround breathed new life into the ambition of retaining second tier status.

The changing of manager is often pointed at, in terms of why the reversal of fortune, with Keith Hill departing and his assistant, David Flitcroft taking the reins heading into 2013. But O’Brien doesn’t think it was as simple as that.

“I can’t remember anything specific going wrong during the season,” the former Celtic winger began.

“I just think we were in a bit of a rut and couldn’t get a result which ultimately cost Hilly his job. It was shame because he was a good guy and it's never nice to see anyone lose their job. Injuries probably played a part too but I think as a team, our form just wasn’t good enough that first half of the season.

“There was always a big turnover of players every summer it seemed. Even when I signed, I think there was something like 12 new players that season to try and bed into the squad which is going to be difficult for any team or manager to get up and running.

“When Hilly left I think Flicker first got the job for a few games to steady the ship to give the club time (i could be mistaken there). Ultimately, we got some good results and he was given the job. We knew Flicker and Hilly were really close pals and it must have been a difficult decision to take the job but we were glad he did.” 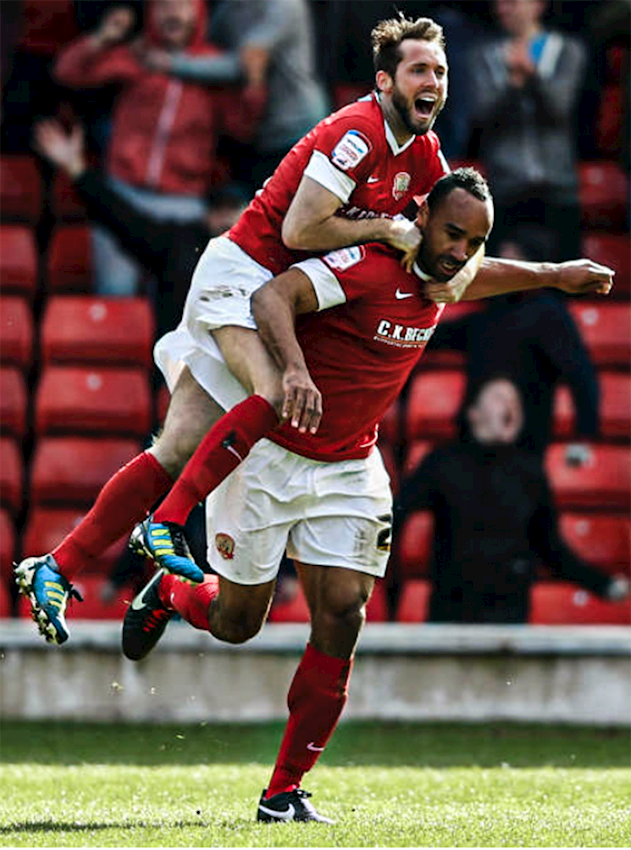 The Reds embarked upon a string of positive results, it was promotion form for large spells with a number of notable victories along the way, particularly at Oakwell with all of Leicester City, Watford, Wolves, Brighton and Hull City seen off on home soil.

Jim admits there was a ‘lift’ under Flitcroft but it was the team’s performance at London Road on January 1st that really had the players believing in themselves again, despite defeat on the day.

“I think as players we just had a wake-up call. Subconsciously, rightly or wrongly, you always seem to get a lift when a new manager gets the job and with that lift we just carried it on the second half of the season.

“I remember Flicks and Micky’s first game. Peterborough away on New Year’s Day. We were brilliant and should have won the game. I think from then we knew if we could produce performances like that we’d have a right good chance. That game gave us the belief and confidence in ourselves.

“The other standout games for me were Watford and Hull City at home. Flicker was really bold in that Hull game. They were a good side that played 3-5-2 and we just matched them up. I think i might even have played wing back. But to beat them in the second last game of the season was massive for us. And then obviously, the Huddersfield game.” 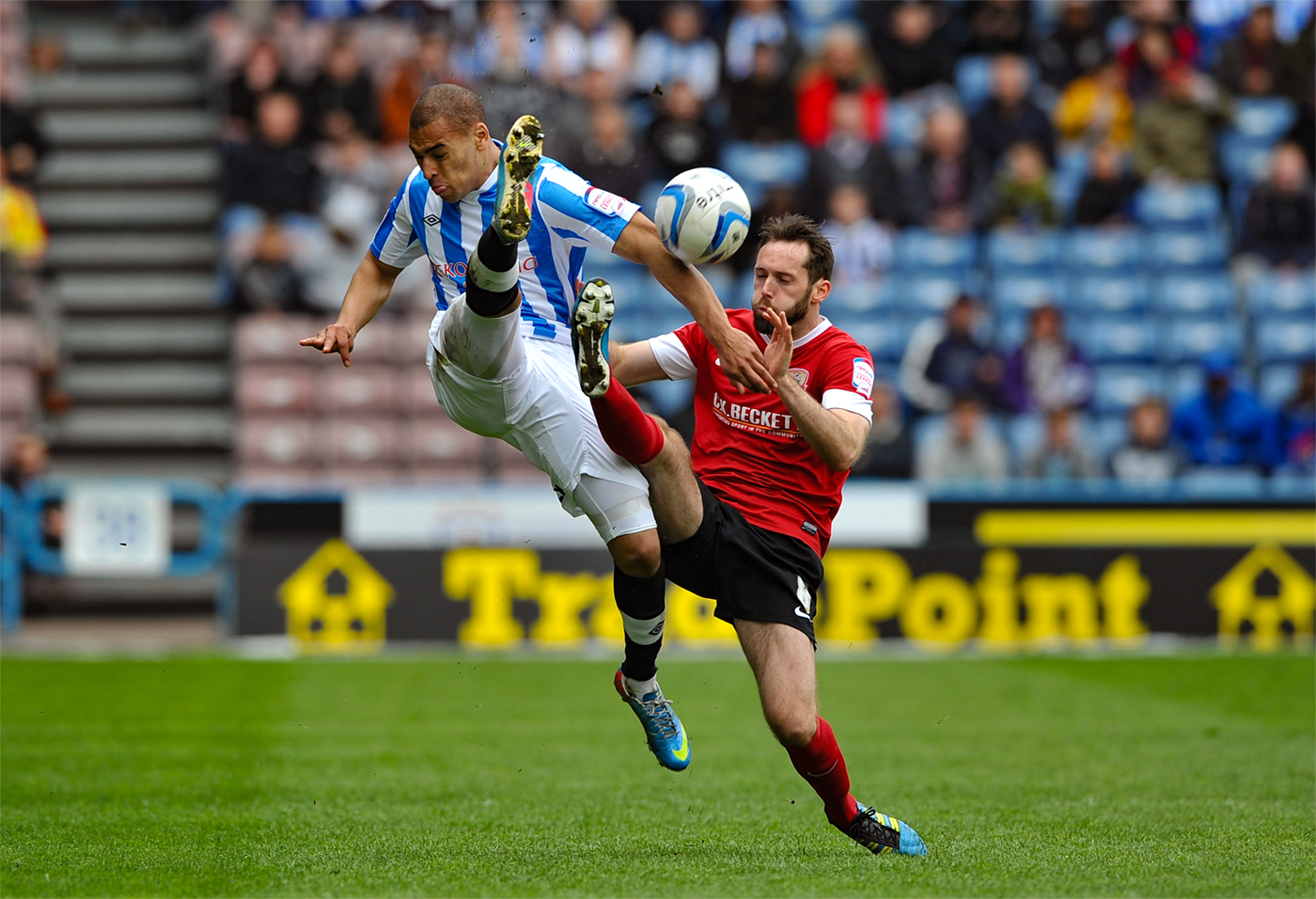 The season all boiled down to one final fixture, a last day shootout with fellow relegation battler and Yorkshire rival, Huddersfield Town away from home.

It was a game that the Reds dominated, particularly in the first 45 but as O’Brien points out, not taking chances made the match harder, and added to the tension.

The Scot was deployed in an unfamiliar defensive position that afternoon, and performed admirably as Barnsley did indeed pull off the greatest of escapes.

“We believed we were going to beat them and in fairness we should have been out of sight in the first half. We were brilliant. It wasn’t until 15/20 minutes to go that I first felt nervous in that whole build up (the fact that we needed another goal).

“I played at right back, which I had only played once or twice before when I was a reserve player, but I think Flicker wanted players on the pitch that he could trust so I remember the coach, Martin Scott giving me a crash course on 1v1 defending for a couple of days before that. I did well against Sean Scannell, who I went on to play with at Bradford, and didn’t let him forget he couldn’t get past a winger!

“I always said I would never celebrate not being relegated but from where we were at Christmas, through the run we put together and on the budget we had, it was some achievement. I remember the Huddersfield fans standing next to the linesman waiting to run on the pitch. That was a bit surreal. And I got a great picture hugging my dad after that match so that takes pride of place in his house.” 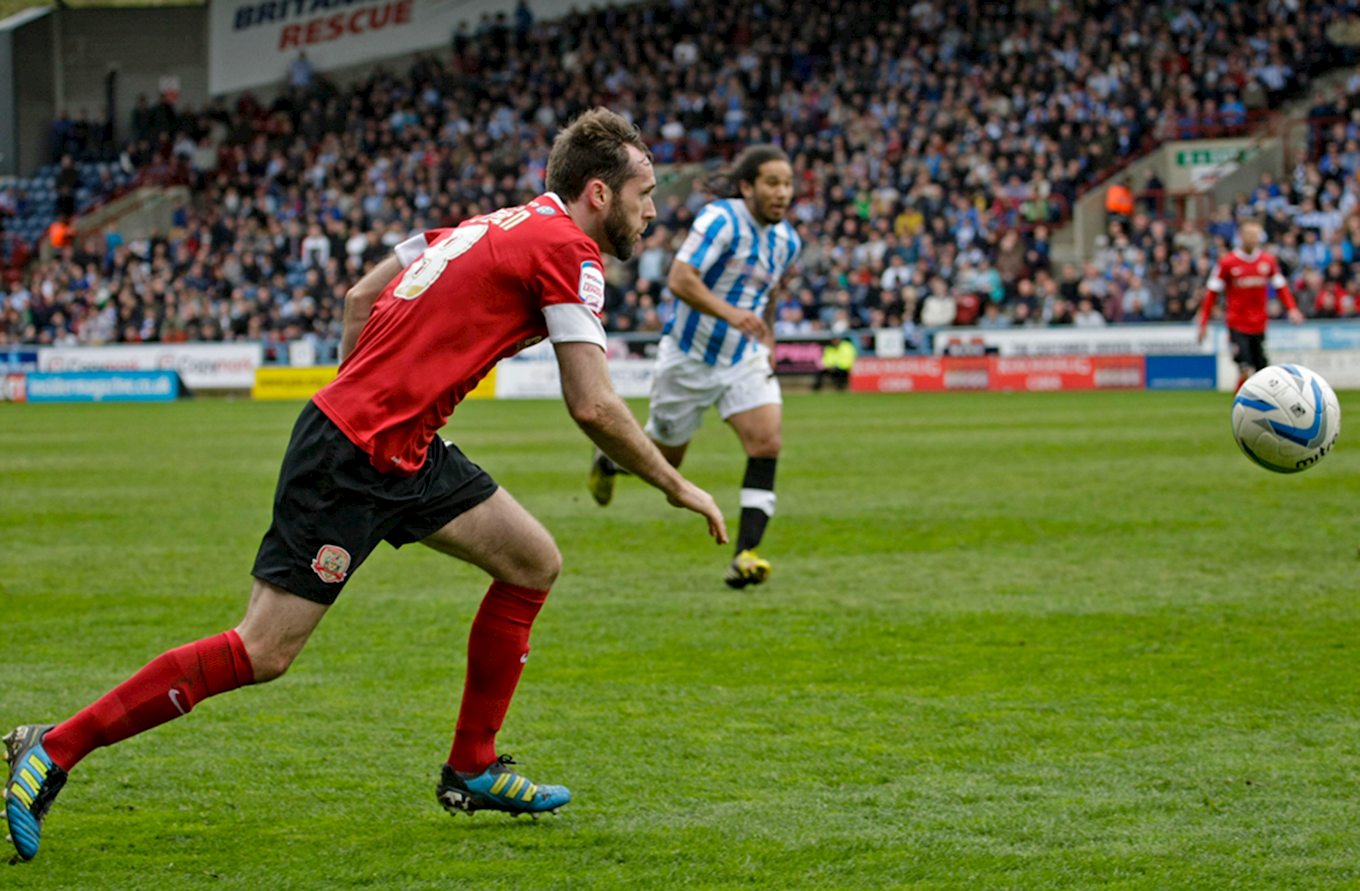 As we finished our conversation with the ever-popular midfielder, we were reminded of his unique celebration that began during the 2011/12 season, before finding out that as well as still putting in the graft just down the road in Nottingham, Jim is a regular face at Oakwell as he works towards getting the qualifications needed to prolong his football career, with coaching.

“The wiggle was just a joke.” O’Brien said, smiling. “My friends at home used to walk up to girls in nightclubs and do it to annoy them (hard to believe they are all married now) but it just started from there. Ricardo Vaz Te loved it and he scored more than me so he just adopted it as his as well.

“I’m playing at Notts County currently and loving it. As well as getting my hours in for my coaching badges here at Barnsley so the guys at the academy have been brilliant in letting me come in and put sessions on. It’s a great atmosphere and the kids are so receptive so I can’t speak highly enough of the work that goes on behind the scenes at Oakwell.” 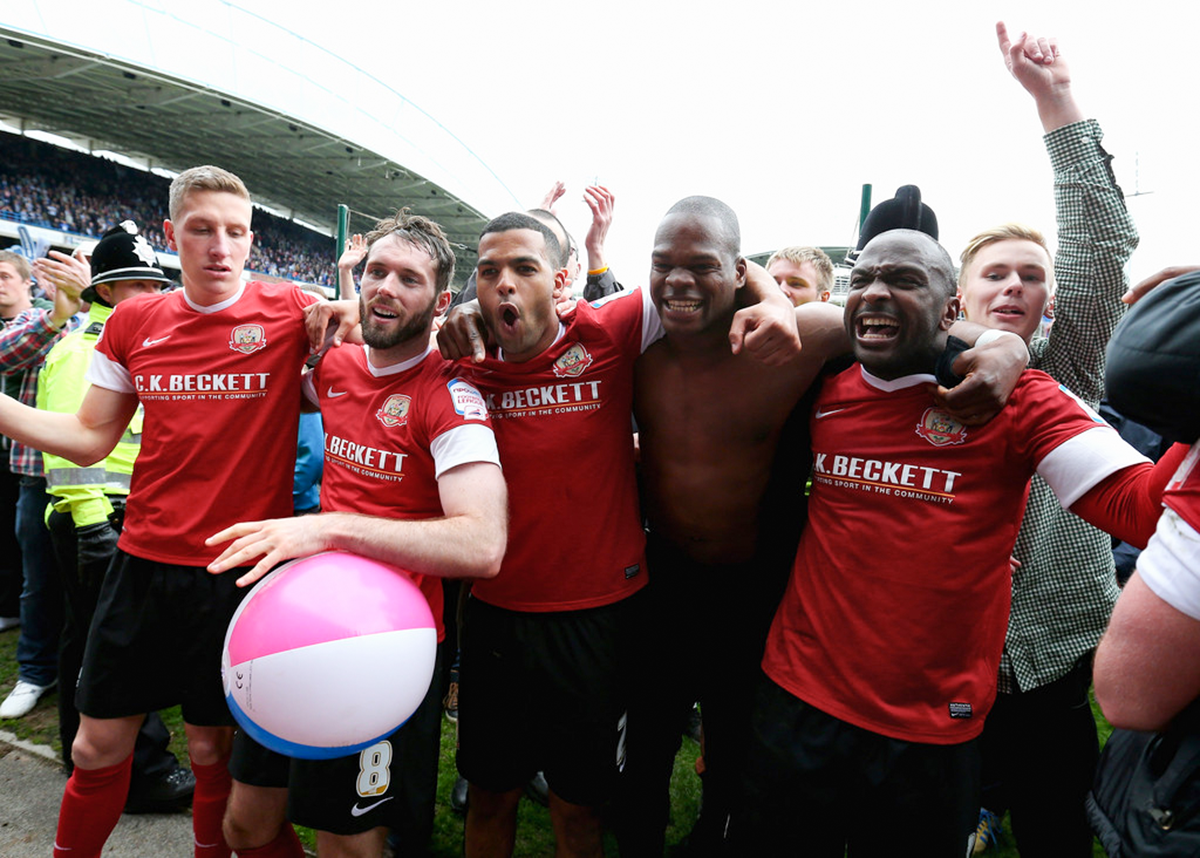 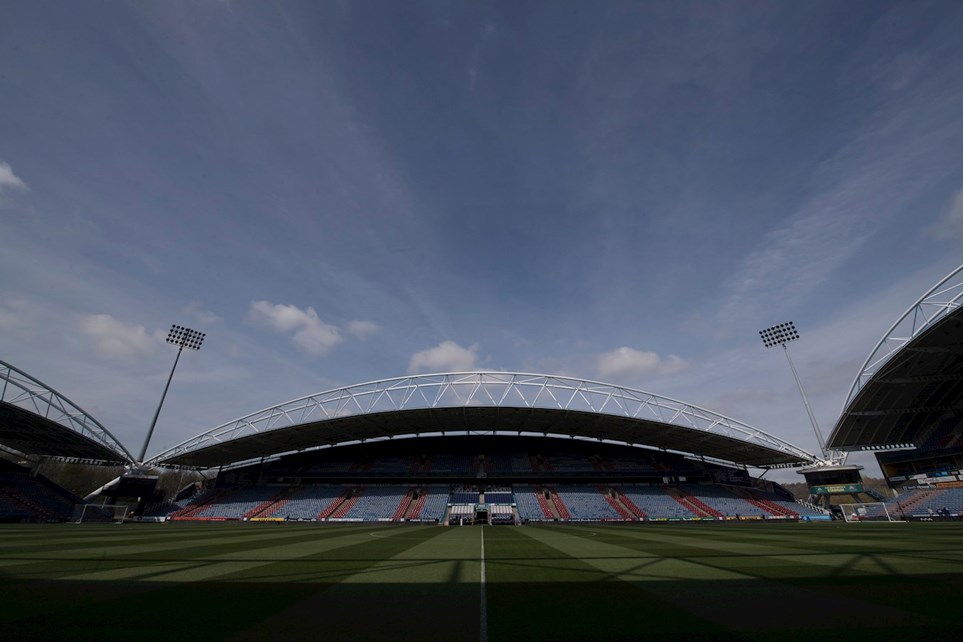 
Tickets for our end-of-October trip to Huddersfield go on sale to Reds Reserved Plus members on Friday 4th October.