Next up in our feature that shines a light on those working hard behind the scenes is your man on the mic at Oakwell - Jason Thelwell!

Tell us about your love for the game and for the Reds. When did you fall in love with the beautiful game?

The passion for the Reds came at a very early age like many fans. I started going to Oakwell in the mid-1970's with my Dad, standing in the old John Smiths Bitter stand (now the East Stand). I remember a white St John's Ambulance dug out at one end situated between the stand and the Ponty End and sitting in it pretending to be the manager! I have seen other fans comment on the smell of the old place; for me all I could smell was roll-ups and the half time Bovril. Thinking back, when you could kind of wander around the stands, if the Reds were kicking towards the Ponty End in the first half, you would move to that end and then move towards the away end for the second half. I seem to remember Jim Illey was the manager and watched in awe of players such as Peter Springett, Phil Chambers, John Peachey, Glynn Riley, Mick McCarthy and the one and only Barry Murphy (I have to say that or he would kill me). My boyhood hero was striker Brian Joicey.

And how did you end up on the mic at Oakwell?

Towards the end of the 1990/91 season, the stadium announcer at the time (the late, great Keith Borrett) announced over the PA system that the club were looking for a new announcer. So the following Monday, I popped down to the club offices to ask how I could apply, as I had DJ'd in pubs and clubs since the mid-1980's. I assumed I would have to send in a tape, but the General Manager at the time, Michael Spinks overheard my enquiry, and frog-marched me onto the pitch with a microphone in my hand and said "Nar then lad, show me what you can do". It was quite surreal as I had not prepared anything and found myself talking to an empty stadium. The rest as they say, is history. I grew up listening to the tones of Keith Borrett as the Voice of Oakwell and to take over from him was an honour. When I DJ'd in the pubs I always started the night with a theme tune/introduction so decided to use it for the players entrance music as well. That tune was of course Cocoon by Timerider which is now part of the furniture at Oakwell, and, like many other fans, I still get goose bumps when it's played. 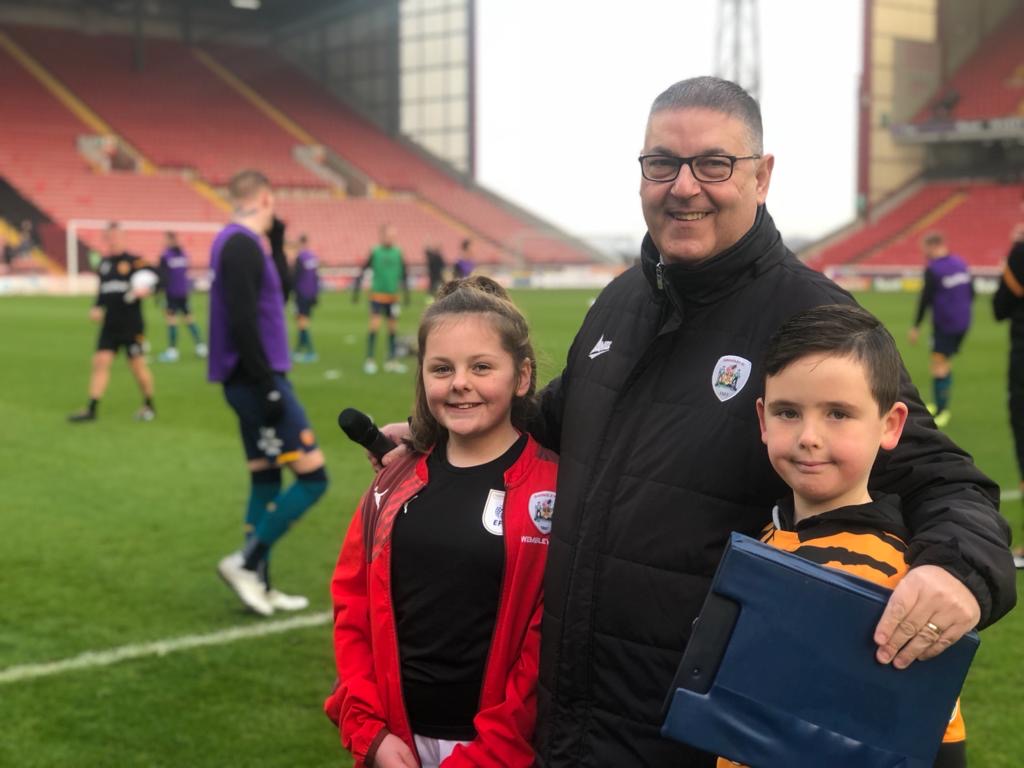 You did leave for a while. What’s the story there?

I left after 11 seasons back in 2003. Some fans may remember, we had a matchday radio station called Oakwell 1575AM which started in the 1996/97 season that broadcast every home game from a little studio in the East Stand. I was honoured to present the breakfast show as well as the PA system and got the bug for radio. In 2003, I was offered the role as presenter of the football programme "The Saturday Special" on the newly launched radio station Dearne FM which meant I could no longer be at Oakwell. I stayed at Dearne FM until 2012 and really enjoyed my time there but I really missed watching football as I was sat on my own in a studio in Barugh Green. I decided to get a season ticket in the East Stand. In 2014, my good pal Dave Clayton left the role of Stadium Announcer (Dave took over from me back in 2003) and the club asked if I would return.

What does a matchday entail for Jase at Oakwell?

Matchdays are extremely busy. I generally arrive at Oakwell around midday, I carry out checks in the Stadium Control Room before heading over to the Copier Systems Legends Suite in the East Stand. Together with the legend that is Barry Murphy, we provide the entertainment in Legends for the sponsors, guests and supporters pre-match and at the end of the game. I absolutely love working with Barry. To work with one of the legends I grew up watching is quite surreal. As a kid I had a coloured 7 x 5 photo on my bedroom wall of Barry! We have been described as a cross between The Chuckle Brothers and Cannon and Ball.

I head back to the control room around 2.15pm to assume the PA system duties. At the end of the game, it's back to the Legends Suite to interview the man of the match. Whenever Adam Hammill was named man of the match he always tried to get me into trouble! The day is rounded off then with the sponsor presentations. 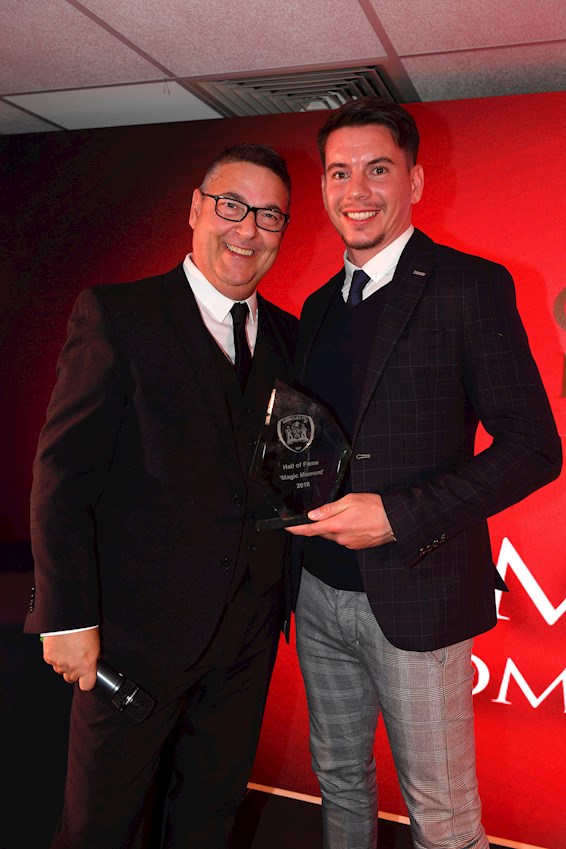 You host allsorts of events at the club, including our inaugural Oakwell Hall Of Fame ceremony in 2018. What’s it like when you’ve a room full of legends like that?

I am lucky enough to have presented all sorts of things for the club including pre-match entertainment at both the old and new Wembley stadiums in the playoff games, hosted the town hall reception following promotion to the Premier League, Player of the Year Dinners and of course the Hall of Fame Dinner. That was a special night, to be in the company of legends and interviewing on stage the likes of Neil Redfearn, Danny Wilson, Eric Winstanley, Ronnie Glavin, Ian Banks, Ashley Ward, Adi Moses, Craig Hignett, Adam Hammill and Barry Murphy was incredible.

Are there any funny/memorable stories you can share with us?

Over the years, far too many memorable stories. But I have two that always spring to mind. I remember when Gerry Taggart won the player of the year award. As always, we present the awards on the pitch at the last home match of the season. I announced "Ladies and Gentleman, the player of the year award goes to Gerry Taggart". Gerry didn't hear his name, so I announced it again, still he didn't hear. After the third attempt, Gerry finally sprinted across and as he approached I announced "it wouldn't have taken you that long if I had shouted last orders!" Tags loved his beer.

The second story involves the late, great Norman Rimmington BEM. As we all know, Rimmo had done virtually every job at the club - player, coach, physio, kit man, the list is endless. Although not quite every job as he never did the Stadium Announcements. Although Rimmo did give me some advice. I was stood on the pitch pre-match as I would normally do when Rimmo came over to me, put his arm around me and said "Ey up, can tha turn this music darn". I asked him if it was too loud and he replied "No son, its just S**T".

The media team’s highlight this season was you getting soaked by the sprinklers. It’s fun at Oakwell isn’t it? Tell us what’s special about the place.

Haha, yes I remember that day, I was absolutely wet through! I guess the place is no different to any other workplace, in that, if you are surrounded by people who love what they do and everyone gets on with each other, its a great place to be. From the office staff, ground staff, commercial team, players, matchday staff it really does feel like a second family and an honour to have been a small part of it for such a long time. What is special about Oakwell - if I knew I would bottle it and sell it. There is such a special feeling when you are in the ground, I am sure we all feel it, a feeling that no other ground has. And to be away from it for so long hurts. Ive often thought about if ever the day came, like other clubs, we move to a new stadium, I cant imagine life without Oakwell.

And finally, how are the Thelwell family doing during this lockdown and do you have a message for the Reds fans?

We're all fine although being in lockdown is a very strange. I think I am starting to get on the nerves of the missus. The 'kids' are 22 and 19 so old enough to occupy themselves. The house is decorated, the garden fence painted, I am running out of jobs to do. My message to Reds fans apart from the obvious one of 'stay safe' is quite simple: 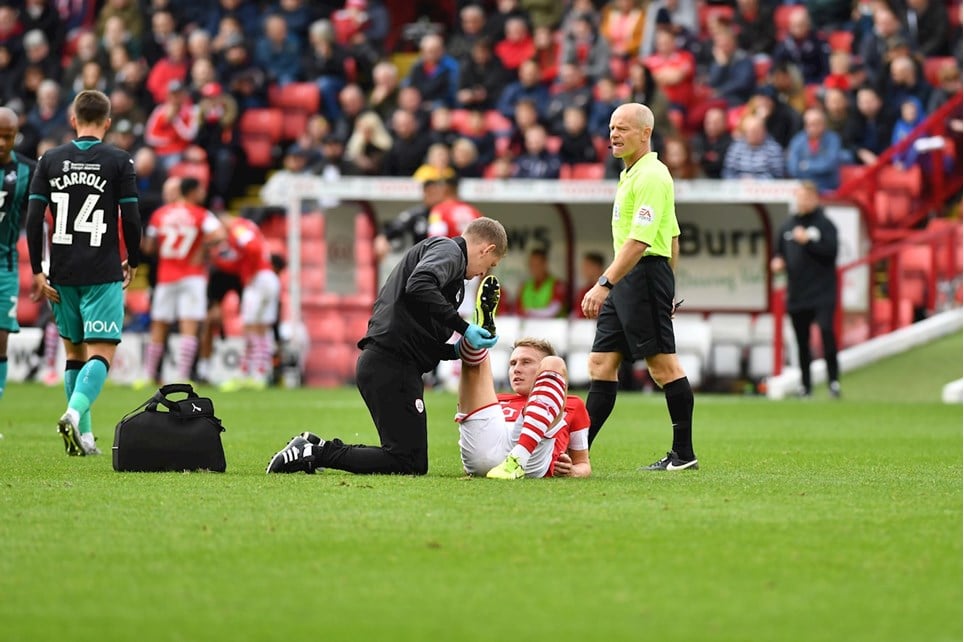 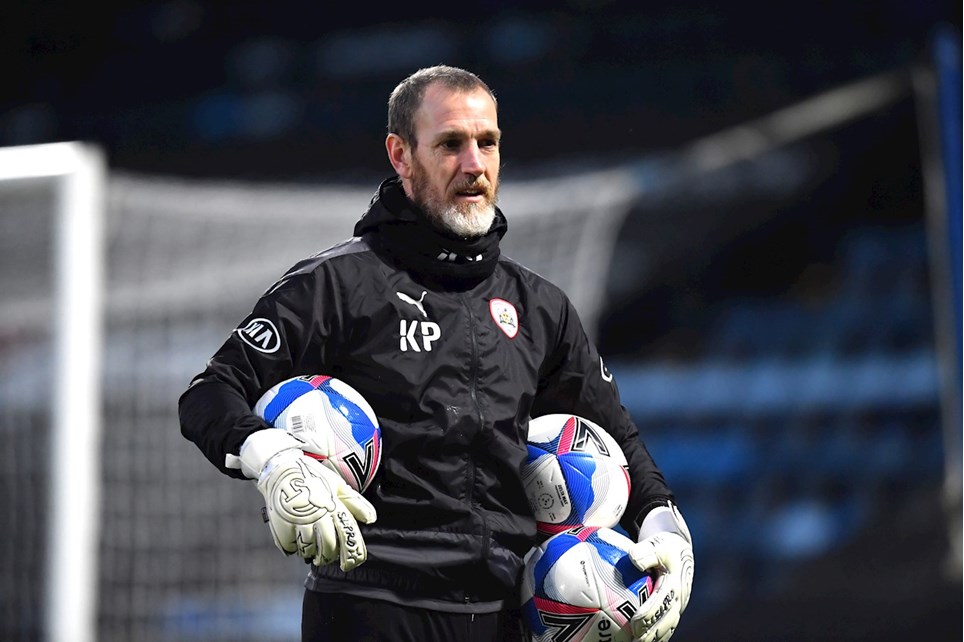