On the anniversary of the Reds' 3-1 victory over Millwall in the Sky Bet League One Playoff Final, we got the thoughts of former Head Coach, Paul Heckingbottom!

Tell us about the build-up to the final, the few days/hours before it. The JPT must have felt like both a dress rehearsal and an advantage, especially against a Millwall side who’d suffered previously on such occasions. Did we have an edge?

The JPT final certainly helped us in my opinion. Nothing new for us; been there, seen it and won there before so as the manager that was something that now didn’t concern me. It was about the tactics, the opposition and preparing the players for whatever may happen.

We were on great form, but so were they. Our front pair were playing well but so were theirs. However, I though that we had more energy and were better with ball. If they could stop us playing football then they would win. They would have been direct, throwing balls in our box, making us defend everything until we slipped up. That was their strength and what they were good at. They couldn't do that. We were excellent throughout, dealing with their threats and being a constant threat ourselves, getting stronger and stronger as the game went on.

One key thing which went in our favour was the work we had been doing with the front two. Making them work closer together when we had the ball. In particular, Fletch (Ashley Fletcher) running off Sam Winnall’s flick ons. Sam was great in the air for his size and enjoyed competing against bigger defenders. We had him playing on the smaller centre half with that purpose. When Millwall lost Byron Webster in the warm-up it also helped so we made sure they remembered how important it was. Luckily for us we got the first goal from it straight away and never looked back. 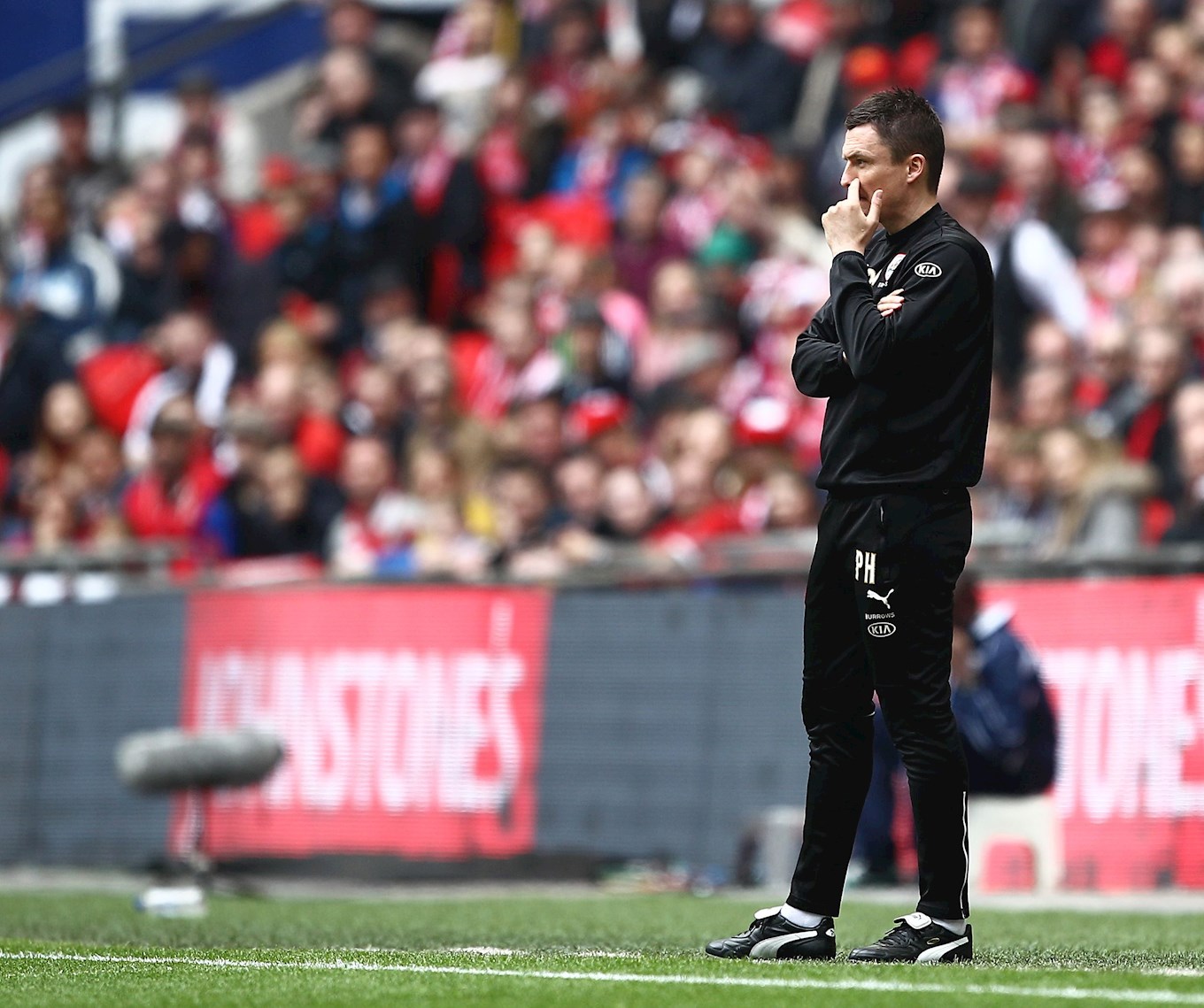 That was a great squad in 2015/16, but you needed the big players to step up didn’t you, especially with injuries to contend with.

Kevin Long left the club, the game before I took over and I remember a conversation about bringing a centre half in but I’d been working with Robbo (Marc Roberts) and George Williams in the reserves and extra sessions so I was very comfortable putting Robbo straight in and also new what George had to offer with his determination, attitude and fitness.

Scowey (Josh Scowen) had lost his place in central midfield when he did his knee
ligaments and Conor Hourihane and Josh Brownhill had begun to really hit it off in there together. Marley Watkins had picked up an injury, Man Utd were wanting to call Ashley Fletcher back as he hadn’t been playing too much but I wanted to give him a chance. I remember keeping him and him scoring from the bench against Doncaster Rovers at home! He never looked back after that. Funny how everyone was fit again though for the Wembley final!

It meant that we had a really strong bench too, with Ivan Toney and Harry Chapman along with Marley and Aidy White who had returned from injury.

I think everyone performed in that game, even Davo (Adam Davies), who had very little to do but produced a huge save in the second half at a vital moment.

What was it like for you as manager, seeing the aggro in the crowd from the opposition fans – did you even notice?

Yeah, I noticed. I actually had to make a conscious effort to ignore it so I could concentrate on the game because we were well in control and it was only going to be a mistake or lapse in concentration from us that would let them back in and that would have been criminal. 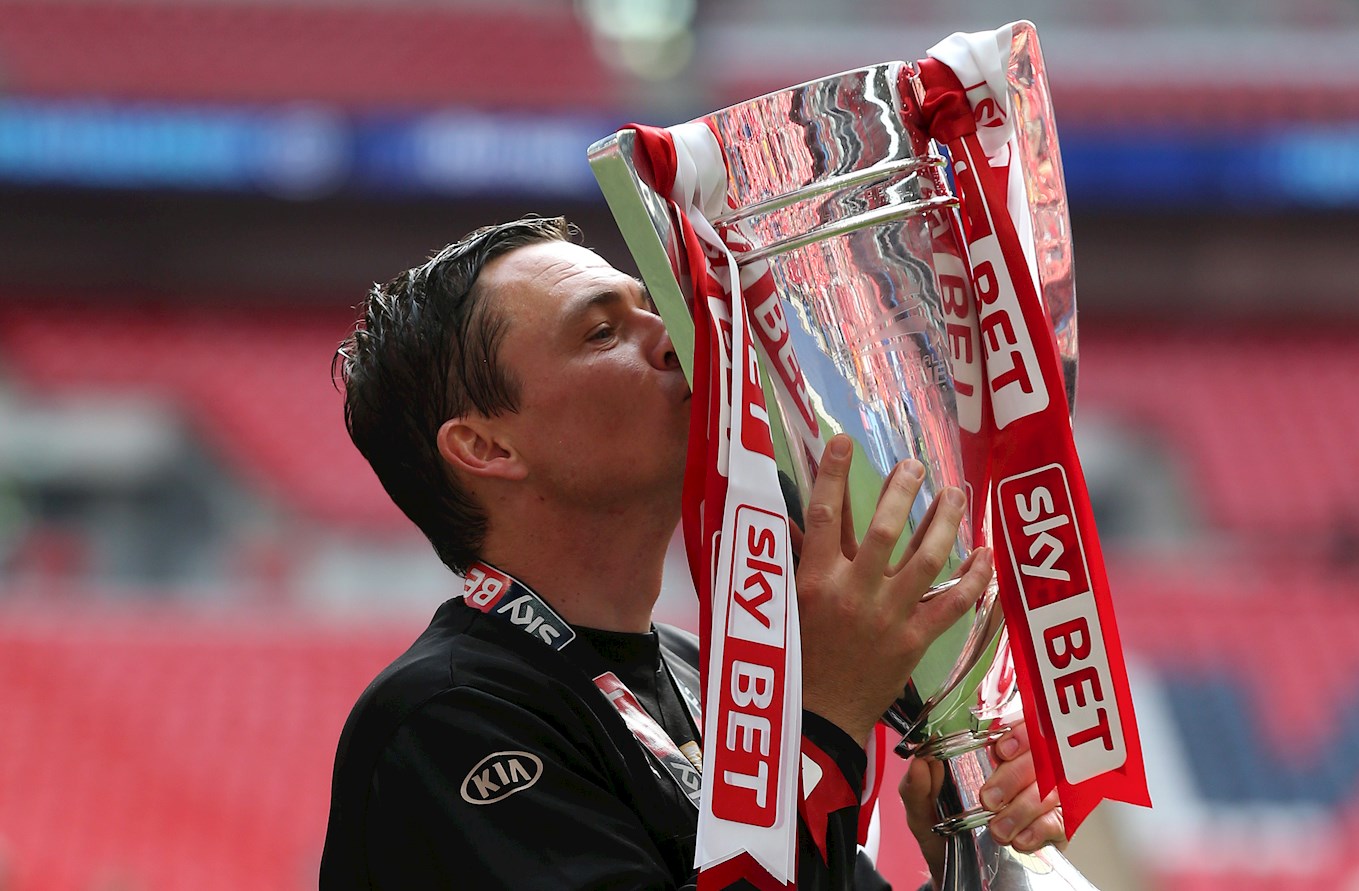 You were right behind that Adam Hammill strike  – it was some hit wasn’t it?

Exactly, right from the moment it left his foot there was no stopping it. Possibly one of the best goals ever scored at Wembley, a fantastic goal. Adam loves occasions like that, the big games, it is when he is at his best. The thing is, every team would try to stop him coming inside onto his right foot and shooting, I’m sure Oxford said the same, but it’s easier said than done.

We saw a different Conor Hourihane in that second half of the season. When did you see that he’d be more effective for the team if he was a little deeper?

One of Conor's strengths is his passing. He can receive the ball and get the team playing. That’s difficult to do if you are higher up the pitch playing as a 10 or always ahead of the ball. He was also easier marked by the opposition if he constantly stayed high which actually made him less of a threat. So playing deeper he could also make runs later, unmarked, and time the runs better. He also had the option of supporting from behind the ball to either maintain possession or shoot from distance. Conor has a very good understanding of the game and of himself as a player. He wanted to do so well and had the mentality to work hard. One of the best players that I have worked with in that regard. 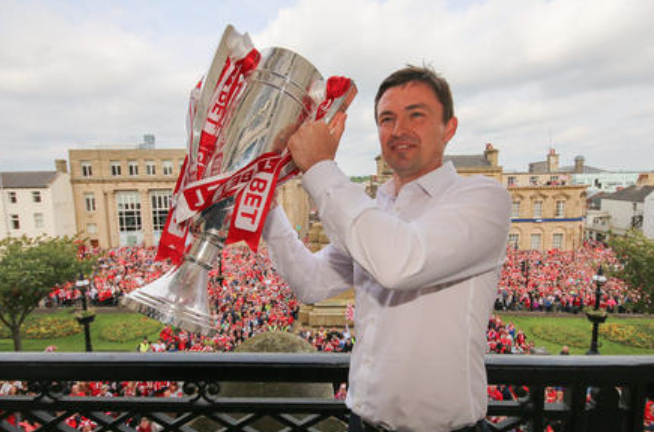 What was the better moment – lifting the JPT or that promotion against Millwall and why?

No contest. Promotion! The JPT was fantastic and a huge moment in the club's history. First win at Wembley! It also certainly helped us go on to win the playoff final but the promotion for me is more important. The excitement of the playoffs, the culmination of a long season's work and to move into a fantastic league and compete against big clubs with big budgets and big players managed by some big managers. That's where Barnsley should be, competing with those.

I was proud of everyone involved and enjoyed every minute of it. I was pleased for the players and the staff. I was delighted for Patrick Cryne and his family as he had just come through a tough time and I was over the moon for the fans and enjoyed being at the club representing them the best I could. Those were a fantastic two years no doubt but I had an amazing time before that also working in the academy with Ronnie Branson and Mark Burton and the other fantastic staff. Learning my craft, whilst working with some really good lads, lots of which are having good careers at other clubs around the country which is really pleasing! 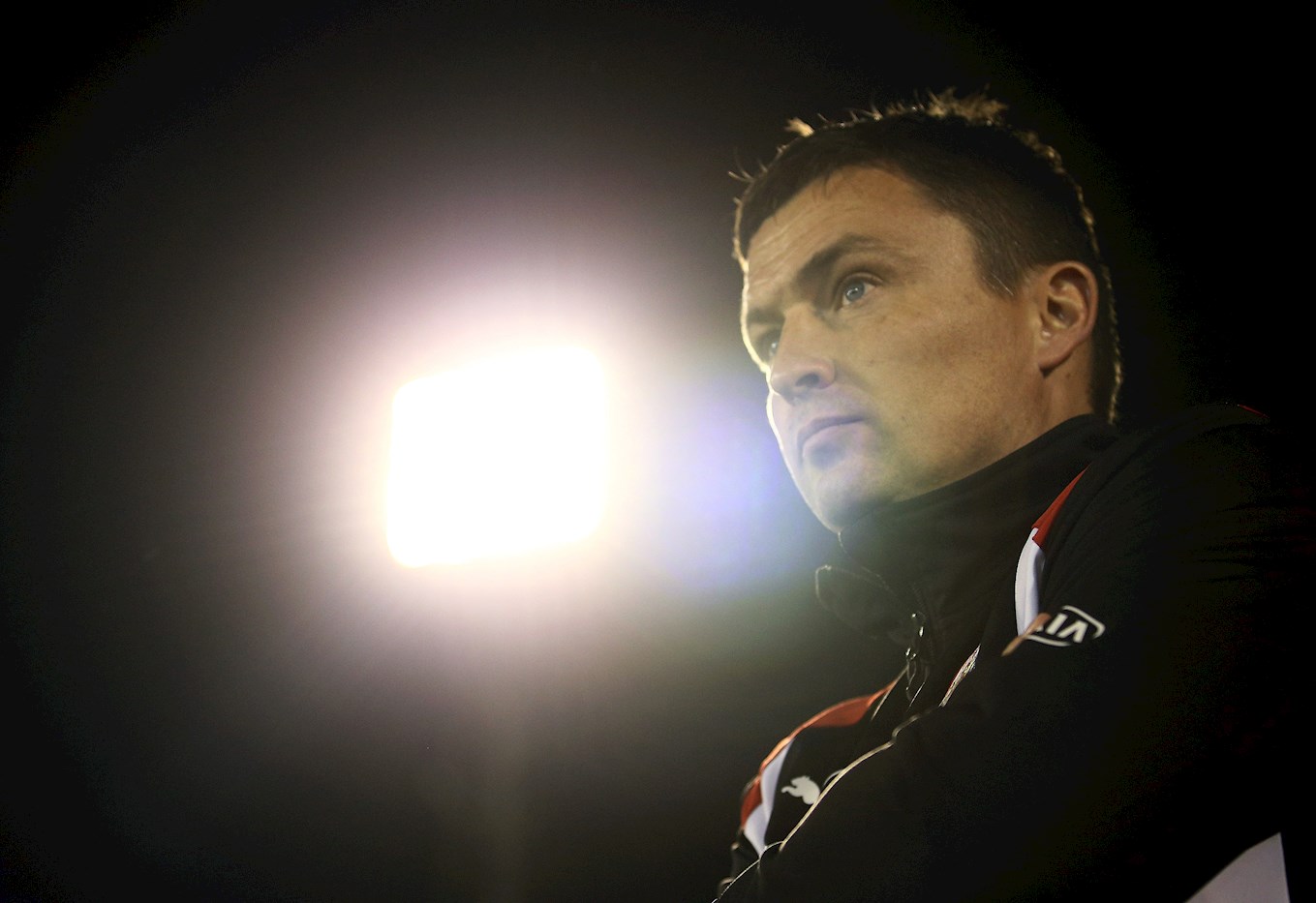 
We've got the thoughts of Paul Heckingbottom on today's anniversary of the 2006 Playoff Final success against Swansea City!


On the fourth anniversary of our 2016 Playoff Final victory over Millwall at Wembley, we get the thoughts of the skipper that afternoon - Conor Hourihane!