We've got the thoughts of Paul Heckingbottom on today's anniversary of the 2006 Playoff Final success against Swansea City!

Tell us how you and the squad/gaffer were feeling going into the final in Cardiff. We were massive underdogs as far as most were concerned, weren't we?

I think that we had been underdogs all the way through the playoffs, especially after getting beaten by Huddersfield at home in the first leg. However, I think that suited us with the youthful squad that we had and the way that Andy Ritchie and Rick Holden managed the group. We had a carefree attitude that meant we took risks in how we played, so being underdog suited us down to the ground.

I think that if we are honest too, Swansea were probably the better team on the day. I think it was our attitude and the personality of the group that got us through that game and then helped us thrive in the shootout. 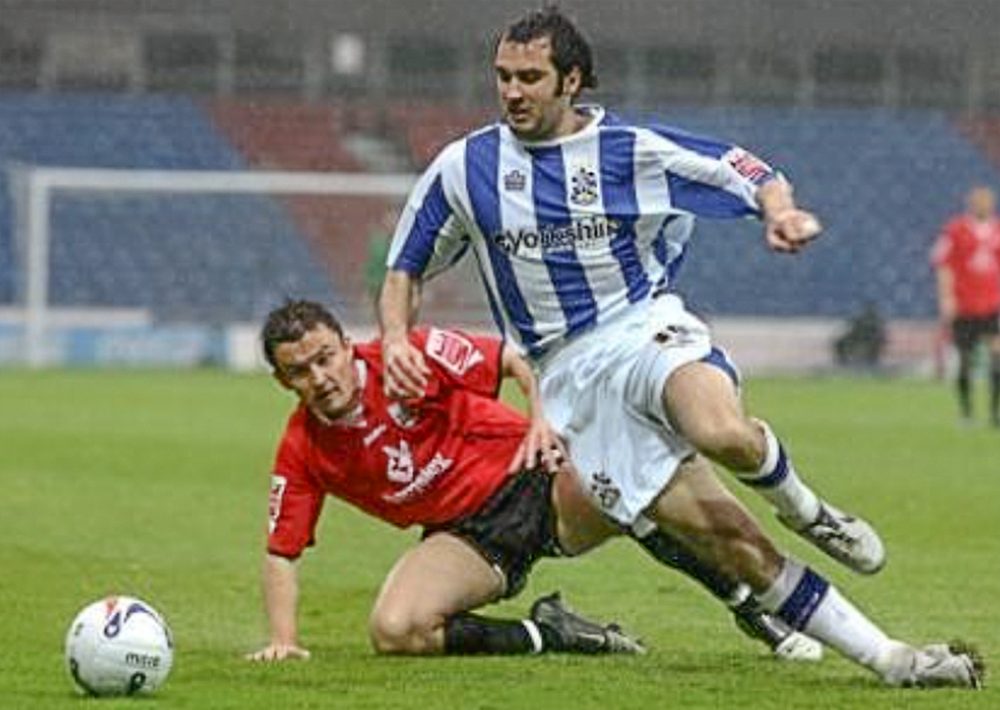 It’s probably the only time Barnsley will ever play at the Millennium Stadium. What was the atmosphere like, could you hear the fans?

I’d been there the year before on a beautiful sunny day with Wednesday. It took forever to get to the stadium through the crowds on the streets. The buzz was unreal. In 2006 it was a different story. The weather meant that all the fans were taking cover in pubs, bars or restaurants. The roof had been closed to protect the pitch which meant that the stadium had a mouldy smell at pitchside. I was massively disappointed comparing it to the previous season. That is until we walked out for kick off! Having the roof closed presented a totally different atmosphere. The noise was trapped, everything echoed, from the fireworks to the singing and the groans to the celebrations. I feel very lucky to have played in two consecutive finals there and experienced that stadium at its very best in two totally different circumstances. 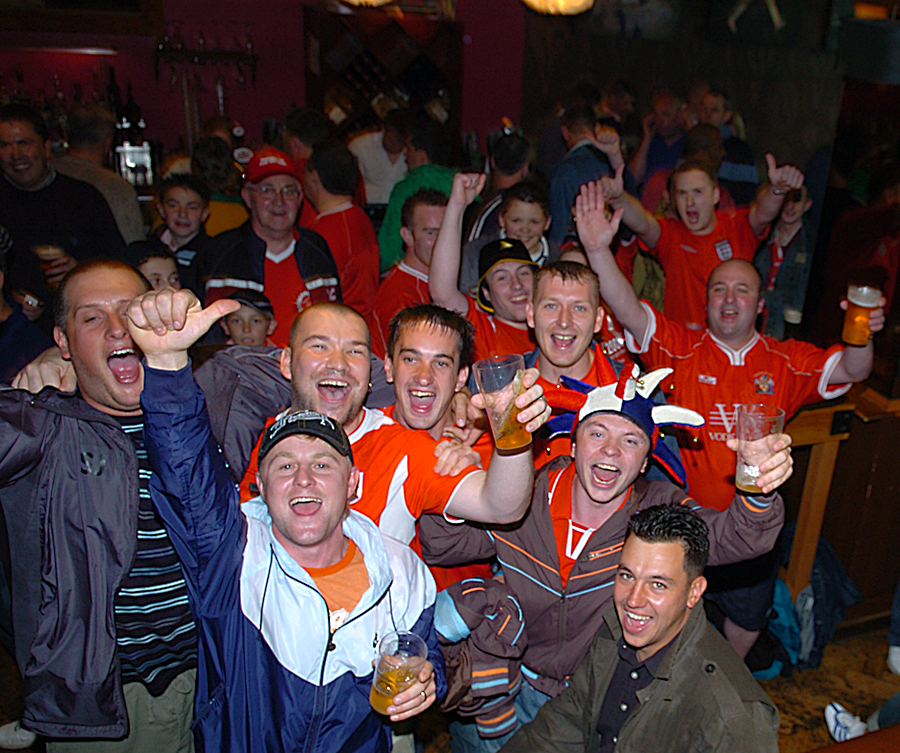 The game seemed to swing from us to them really. How was the match from your point of view?

I think that you’ve called it right. Like I said earlier, they would have considered themselves unfortunate to have not won the game but, you get what you deserve and we capitalised on some poor finishing on their part and showed some real fight in extra time and then composure in the shootout.

There were some tired looking legs in extra time, I think Bobby Hassell went down about three times with cramp. So he says! Were we hanging on in your opinion or was a draw about right?

Playing in the game I remember feeling in extra time that they were on top. Yeah, we had made our subs, losing players to cramp and fatigue. And Bobby was still on the pitch with cramp for a long time so we virtually had ten men for the last 15 minutes and it was about us digging in and fighting to the end. When the whistle went for penalties we were probably happier than them and little things like that can help swing momentum. They weren’t favourites anymore! 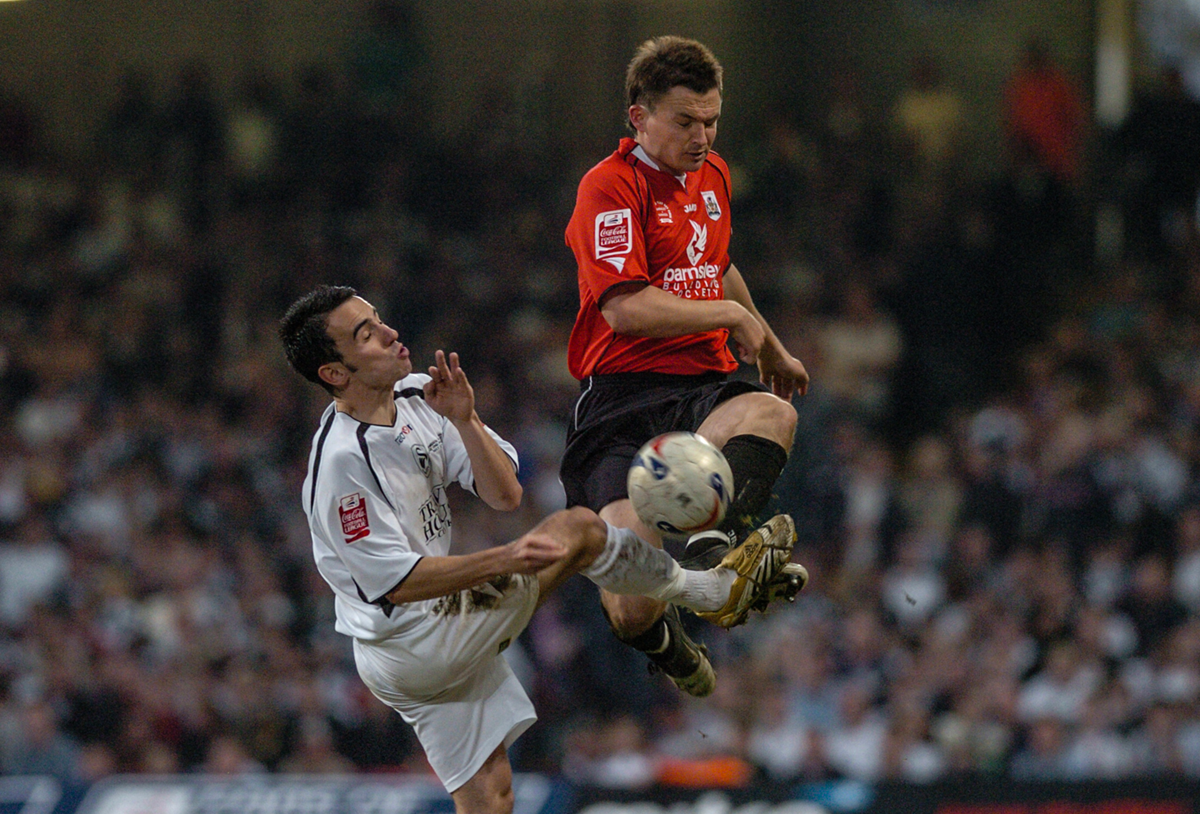 When you get to penalties it’s a bit of a lottery, but we guess you can still plan for them. Did we practice? Were you confident in your own, were you always taking one?

There was a calmness and really relaxed atmosphere waiting for the penalties. I think that was a reflection of our group of players and the carefree spirit that was one of our strengths. We were also ready because we had practiced and knew exactly who was taking them. We practiced the walk up, different penalties and even trying to put each other off whilst taking the penalties we wanted to take so we were ready.

I knew where mine was going before I walked up. I wasn’t changing my mind. The keeper had also been diving early, really trying to get to the corners and he did the same for mine. As soon as I saw him going the opposite way, just before I struck the ball, I knew I had already scored before taking it. Nice feeling that!

We’ve all seen the footage – you put yours away and you spot your pals in the crowd. Does it give you goosebumps thinking about that, and knowing you’d earned a promotion for the club you love?

I ’d wanted take a penalty in that game (or the semis) and no one would have stopped me so scoring meant a lot and the celebration was about that. Some of the lads I saw in the crowd, purely by chance, were from Royston. They drank in the same pub and actually played for the Sunday League team that I'd previously managed before moving to Norwich so yeah, that was a very nice moment! 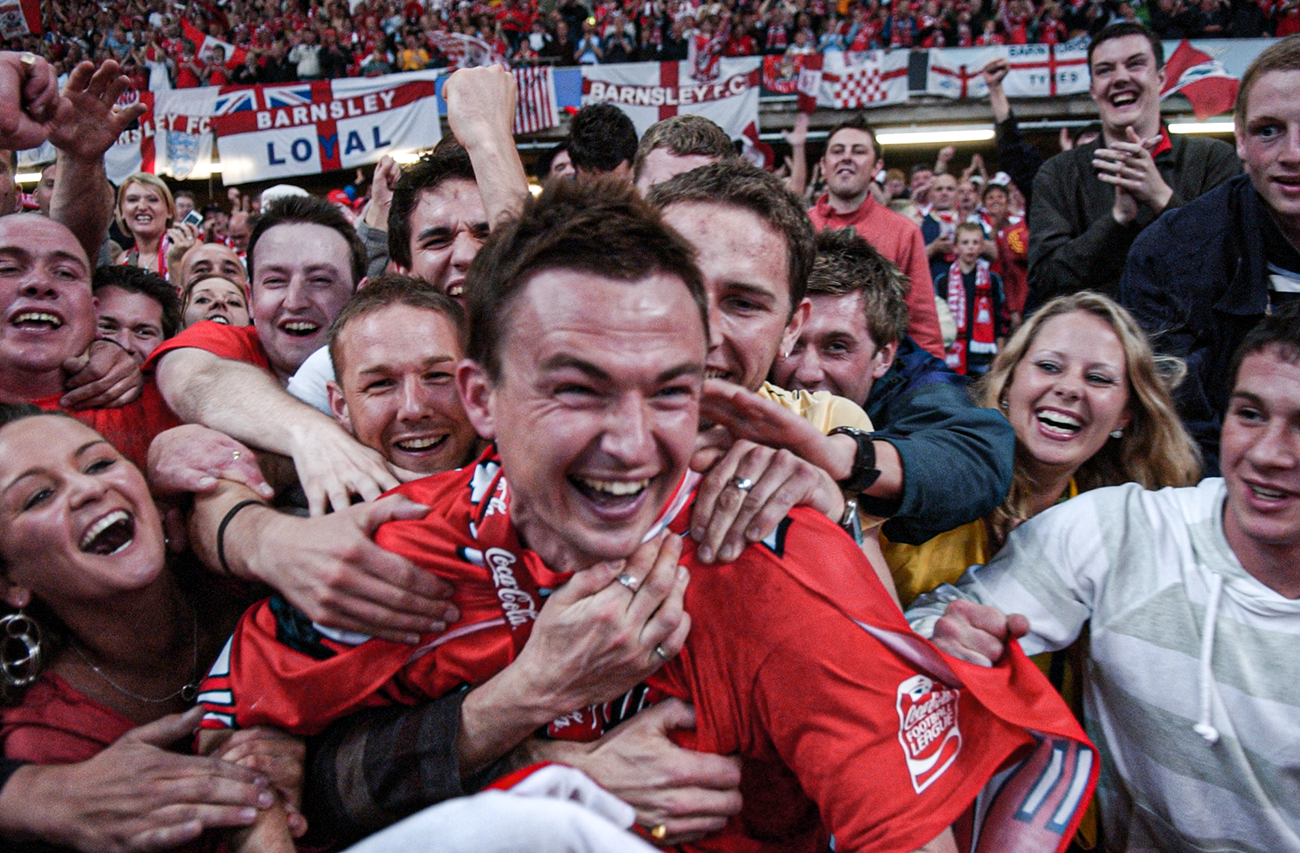 How drunk did you get afterwards?

Haha! Pretty, for a week or two. We had a very good spirit in the squad. With four of us actually living on the same street. We socialised a lot together and got on great, always having each other’s back. It was that spirit that kept us in the Championship the season after too. When Simon took over he changed a few things and left players who had got us up out maybe more than he should have that early. I don’t think that it’s any coincidence that when we went back to the starting XI (or as near as damn it) that took us up we won enough games to survive comfortably.

And finally, what are your thoughts on that particular squad? There were some good players in there, underrated perhaps.

A good squad with a good group of players managed in a way that probably got the best out of us and the individuals in the team. We would never have been the most consistent team, we didn’t have the players to be strong and disciplined in every game and weren’t coached in that way either. However, we were a dangerous team and could beat anyone on our day and score goals in flurries also. That’s because we were loose tactically as team, lots of freedom and willing to be brave and take the ball all the time. As a defender it was a nightmare, having that lack of structure made it very difficult for the back four, especially in the Championship. But that was how we played; it may have cost us in some games but that freedom is what ultimately got us promoted that day in Wales. 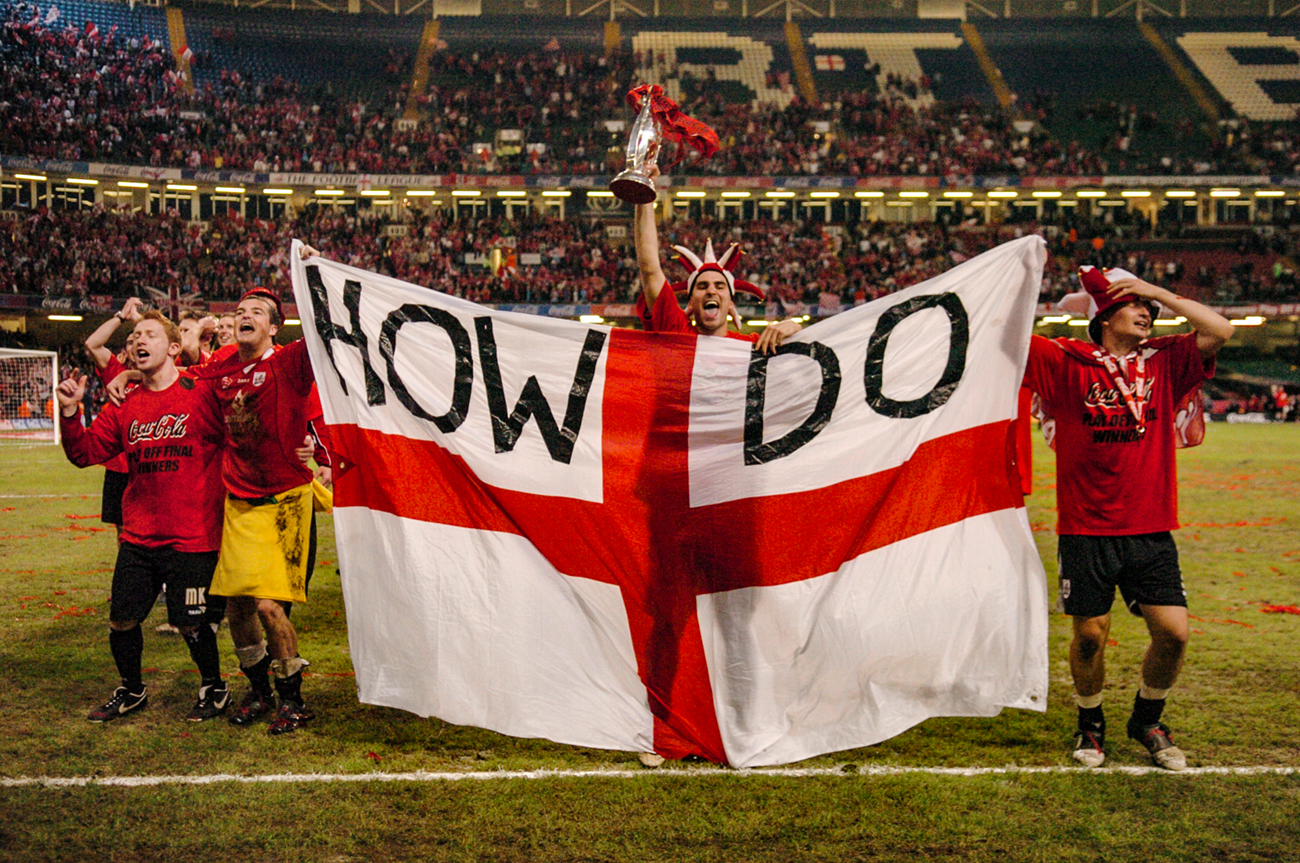