Continuing our My XI feature, we spoke with former full-back Darren Barnard who revealed his all-time team of players he has competed alongside.

Scorer of that memorable goal in the demolition derby against Huddersfield Town, the 24-time Wales international also represented Chelsea, Bristol City and Grimsby Town during his career.

Here, he discusses his greatest XI encompassing his time at Oakwell, Stamford Bridge, Ashton Gate and with the national set-up.

GOALKEEPER – PAUL JONES
He was at Southampton and Wolves, and I played with him for six years at Wales. He’s a big lad, a good communicator and a fantastic goalkeeper. He didn’t come into the Premier League until he was a bit older but had a great career at Southampton and I think he went on loan to Liverpool at one point as well. We had a great time with Wales and he produced some fantastic performances, which is why I’ve picked him. 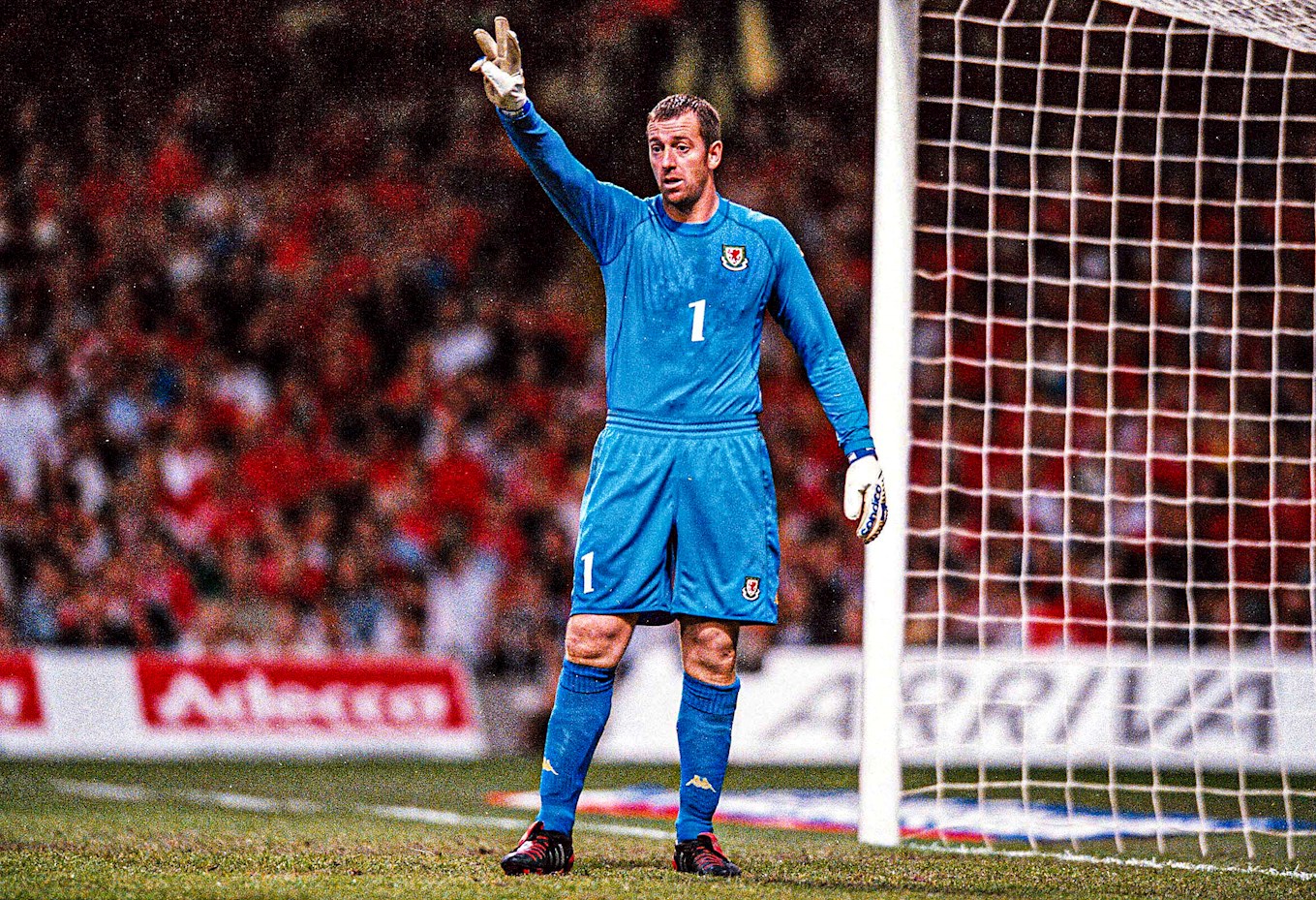 RIGHT BACK – NICKY EADEN
I played with Nicky at Barnsley and also people like Steve Clarke at Chelsea, and I think some of the younger players who came through at Barnsley were unappreciated by the fans because of some of the big names that came in, but Adi Moses, Andy Liddell and Nicky gave great service to the club. Nicky was better than what people think; a fantastic crosser of the ball, made lots of assists and was a solid player – and that’s why I’ve picked him. I toyed with the idea of going with wing-backs, but I was struggling with centre halves, which is why I went with the 4-4-2. Nicky’s fitness levels were good – he could go up and down, and at the time, with me and Nicky either side, it complimented the team quite well.

CENTRE BACK – ARJAN DE ZEEUW
We only played together for less than two years, he was the ultimate professional and would be in at 9am stretching and everything. He came to England and did really well at Barnsley, then had a fantastic career at Wigan and Portsmouth as well. He was a superb centre half and, had Barnsley kept hold of some of the players at the time, I think we would have definitely done better in the end.

CENTRE BACK – CHRIS COLEMAN
Affectionately known as ‘Cookie’; we played together at Wales, he was a born leader and a tremendous centre half. He could play, do everything, mix it up, he won his headers and battles. I only played with him for a few years, and I think him and Arjan would complement one another.

LEFT BACK – GARY SPEED
This was tough because you always compare yourself to others, and I’ve gone a bit left field here. When I played for Wales, there were a few times when I didn’t play left back and I was on the bench, and the person I’ve picked to play this position is Gary Speed. I couldn’t quite fit him into my midfield, but he did play a number of games at left back for Wales, so a little bit of a triangle in a square box. He was a great professional and played over 500 games in the Premier League. He’s no longer with us, unfortunately, but he was a tremendous player and one that I had to put into the team. 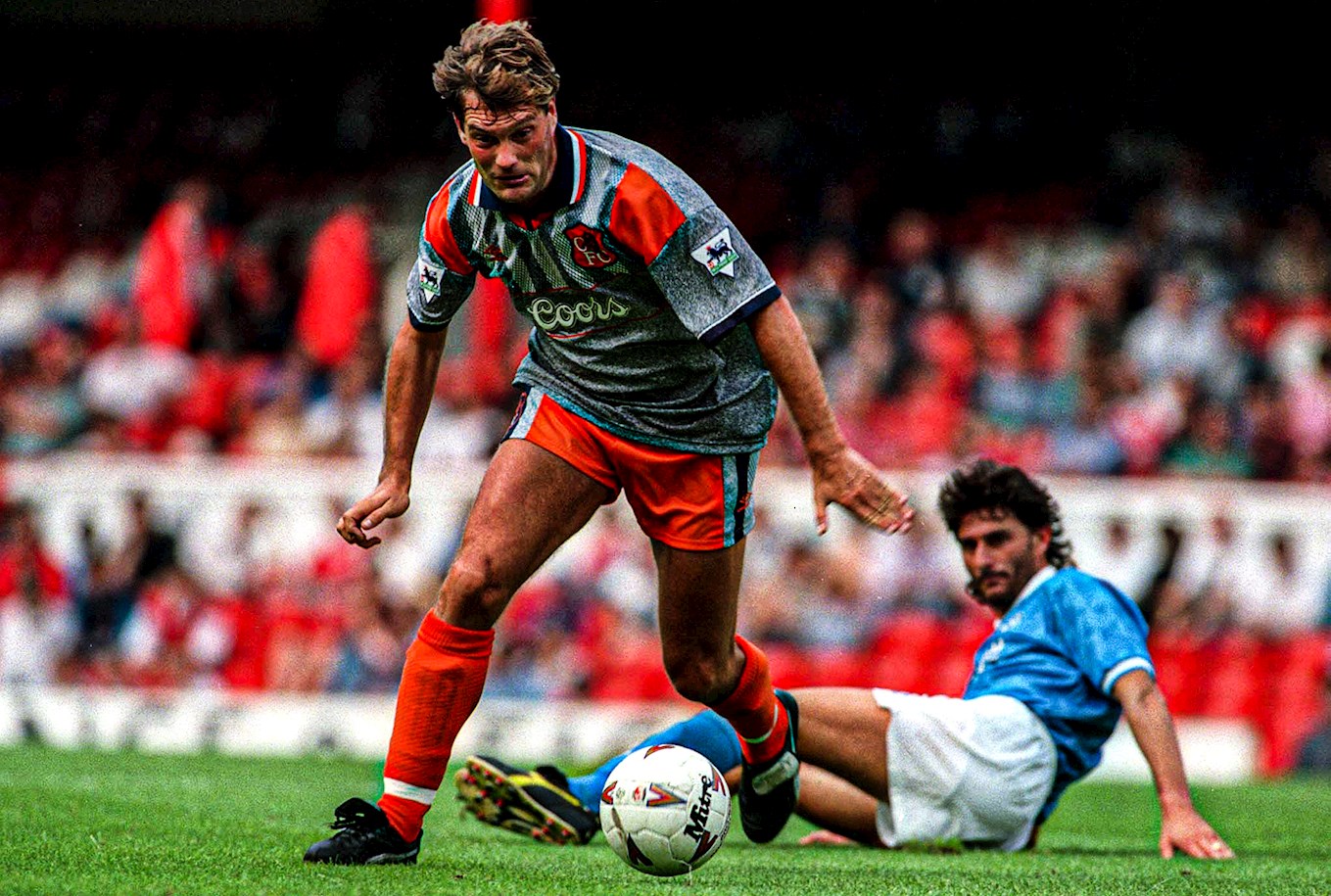 DEFENSIVE MIDFIELD – GLENN HODDLE
At the base of the diamond I’ve gone for Glenn; he came into Chelsea for the last couple of years that I was there and what he couldn’t do with the ball wasn’t worth knowing. He was obviously coming towards the end of his career as a player and his legs had gone in terms of mobility, but his passing range with both feet, his vision and his touch was second to none. So, he would be in there spraying the ball around for my front five.

CENTRAL MIDFIELD – CRAIG HIGNETT
Higgy was a goalscoring machine from midfield or playing in the hole, and he was a fantastic lad; great to have around the camp. But not only that, his ability on the ball and ability to score goals was fantastic, so I’ve gone for Higgy on the right-hand side.

CENTRAL MIDFIELD – RYAN GIGGS
We played together for Wales. He was ridiculous with the ball and is the fastest player I’ve ever seen, running with the ball and dropping his shoulder to attack players with pace. It was a tough one because I’ve got a really good relationship with a guy called Brian Tinnion at Bristol City, but based on their careers, I think Ryan shades it over Tins. He’s won the most honours in the Premier League and was a one club man at Man United; he was fantastic just to play behind and watch him play football.

ATTACKING MIDFIELD – NEIL REDFEARN
There can only be one; I’ve got to go for Redders. I only played with him for a season before he left, but his ability to get into space and shoot from distance was amazing – I just hope that if I played with him again in a team, he’d let me take the odd free-kick every now and again. Redders was fantastic for us in that Premier League season and, just watching some of the highlights that pop up from memories past and seeing the goals that he’s scored for Barnsley, he was a fantastic servant to the club and someone I couldn’t leave out of this team. 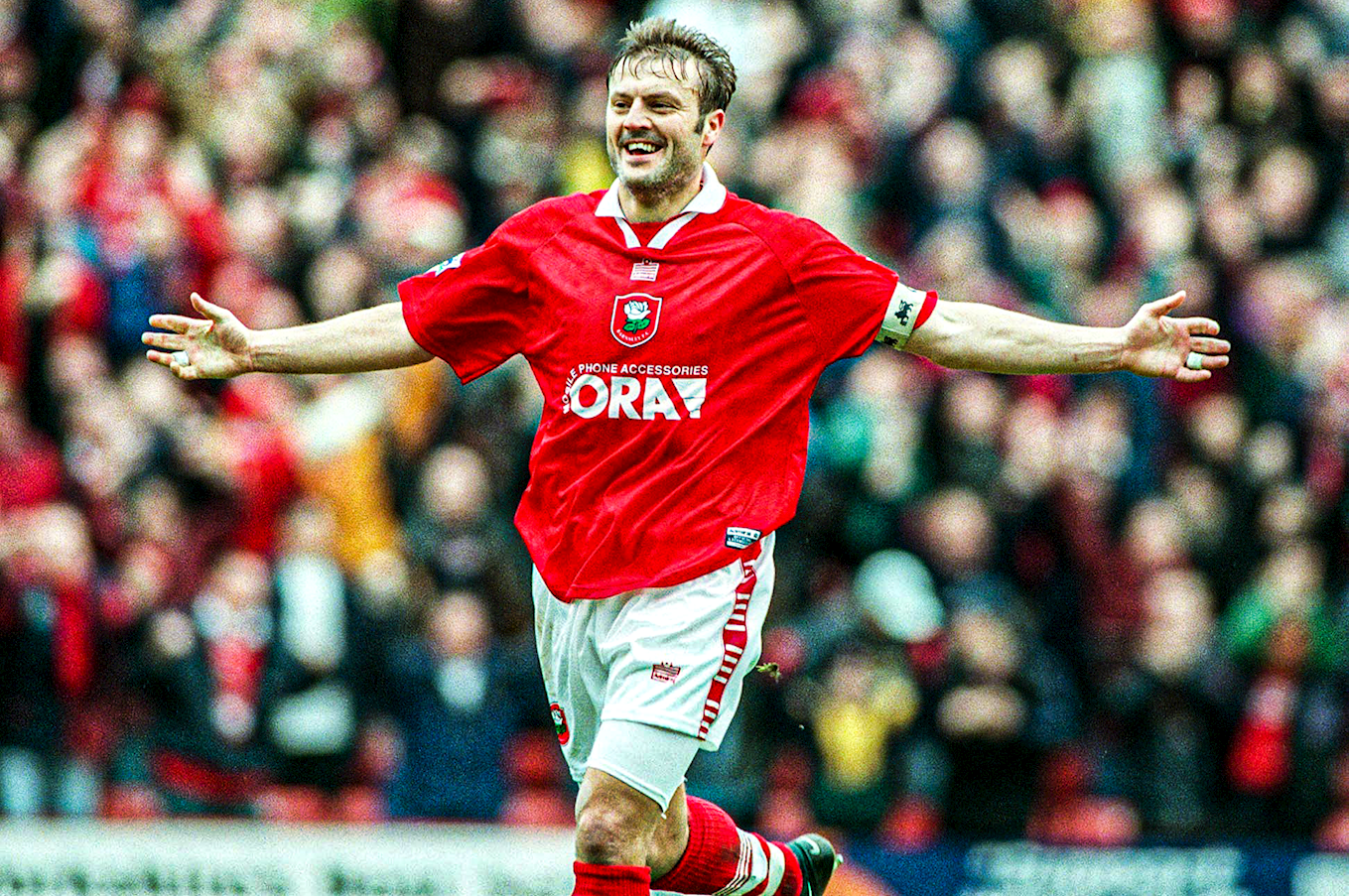 CENTRE FORWARD – SHAUN GOATER
I played with him at Bristol City and he obviously went onto have a fantastic career at Man City, and that’s probably where he made his name afterwards. Shaun was a real predator in the box – I used to joke that he had a 12-inch big toe because sometimes he wouldn’t be favourite to get to the ball but he’d somehow just get there to poke it past the defender. He didn’t need to have too many touches of the ball to find the net; he was a real goal poacher and proved that with his ability at Man City where he did really well. But it was really nice to have that pleasure to play with him for 18 months at Bristol City. Goats is a ledge; he’s a really nice guy and I did my A-Licence coaching badge with him as well.

CENTRE FORWARD – ASHLEY WARD
Wardy was an absolute beast of a player; he used to bully centre halves and his goalscoring record was impressive at Barnsley and we sold him for a lot of money, in the end. He came in and transformed the club and I think, if we’d had him for a bit longer – him and Jan Äge Fjørtoft – I think we’d have maybe stayed up that season. He was an awesome player to play with; you knew what you got every week, he was an eight out of ten man and I had to put him in the team. As a full-back, you’d hit spaces and areas where you think people would make a run, and the good thing about Wardy was he’d be 100% all the time so you knew if you hit an area he’d go and attack the ball. Being as big and strong as he was, nine times out of ten he’d get on the end of it and hopefully put it in the back of the net.

MANAGER – DANNY WILSON
It’s a tough one, because I’ve had lots of managers – wherever I went, managers seemed to come and go quite quickly. There can only be one though, the man who brought me to Barnsley. I only had Danny for a year, which was really frustrating because I thought I got on with him really well; you knew where you stood with him and it was a fantastic year for the football club – one that I’ll never forget. I actually see him quite a bit on the golfing circuit, so it’s always nice to catch up with him. He’s the one guy who really understood me and my game and improved me as a player. 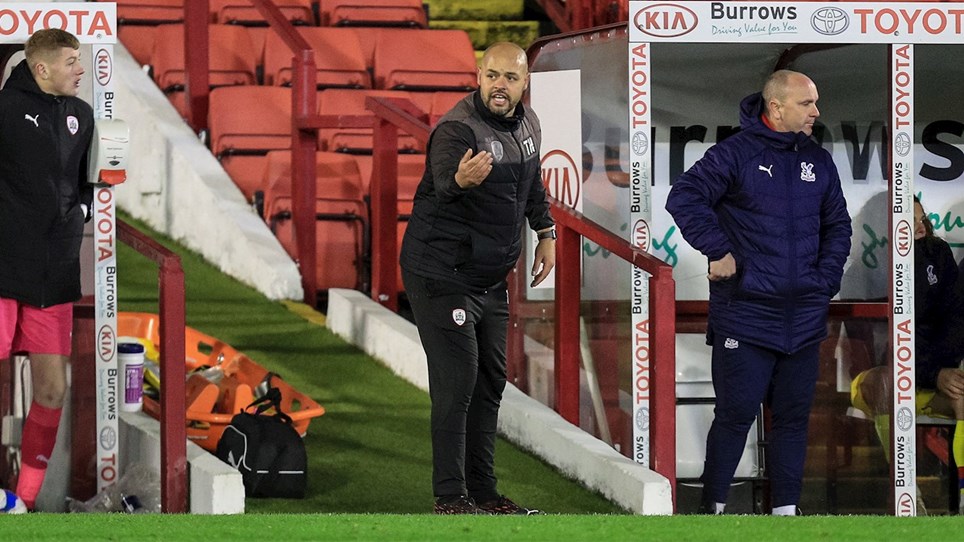