Our next foray behind the scenes at Oakwell is with 21-year-old Callum Bailey, who works in the Reds Superstore and at the Alhambra shopping centre.

Tell us a little bit about what you do at the club.
I’m the retail assistant, so I work mainly in the club shop but I can also help out in the ticket office whenever they’re short; I only work a couple of days a week due to other commitments. But it’s mainly selling merchandise and helping customers with their purchases, printing shirts and stock filling.

The players will also come in from time to time to buy things, do you get to chat to them a little bit?
Yeah, a couple of players will come in and talk to us a bit. Mads Andersen comes in quite a bit and Cauley Woodrow came in to buy a full kit for his niece, so they come and talk to you, which is nice. Obviously, when it’s busy we can’t really stand and talk because we’ve got other things that we need to be getting on with.

What does a normal day look like?
It depends what time of the year it is. If it’s off season when new kits come out, it’s normally busy from when we open at 9am. But, if it’s quiet, we’ll do orders first thing if people have ordered overnight or from the previous day; we’ll get them bagged up and sent out or ready to be collected. Then there’s general customer service when we get fans in the store or selling match tickets as well. We also have the stall at the Alhambra as well, which is only retail – we don’t sell tickets up there.

There are days which are busier than others, for example season ticket sales – how busy can they get?
It does get very busy, normally as the days move on and get closer to the season starting. Obviously, when season tickets come out the kit comes out not long after so you get hundreds of people queuing and queuing, but it goes quick and the fans talk to you so it’s an enjoyable experience. 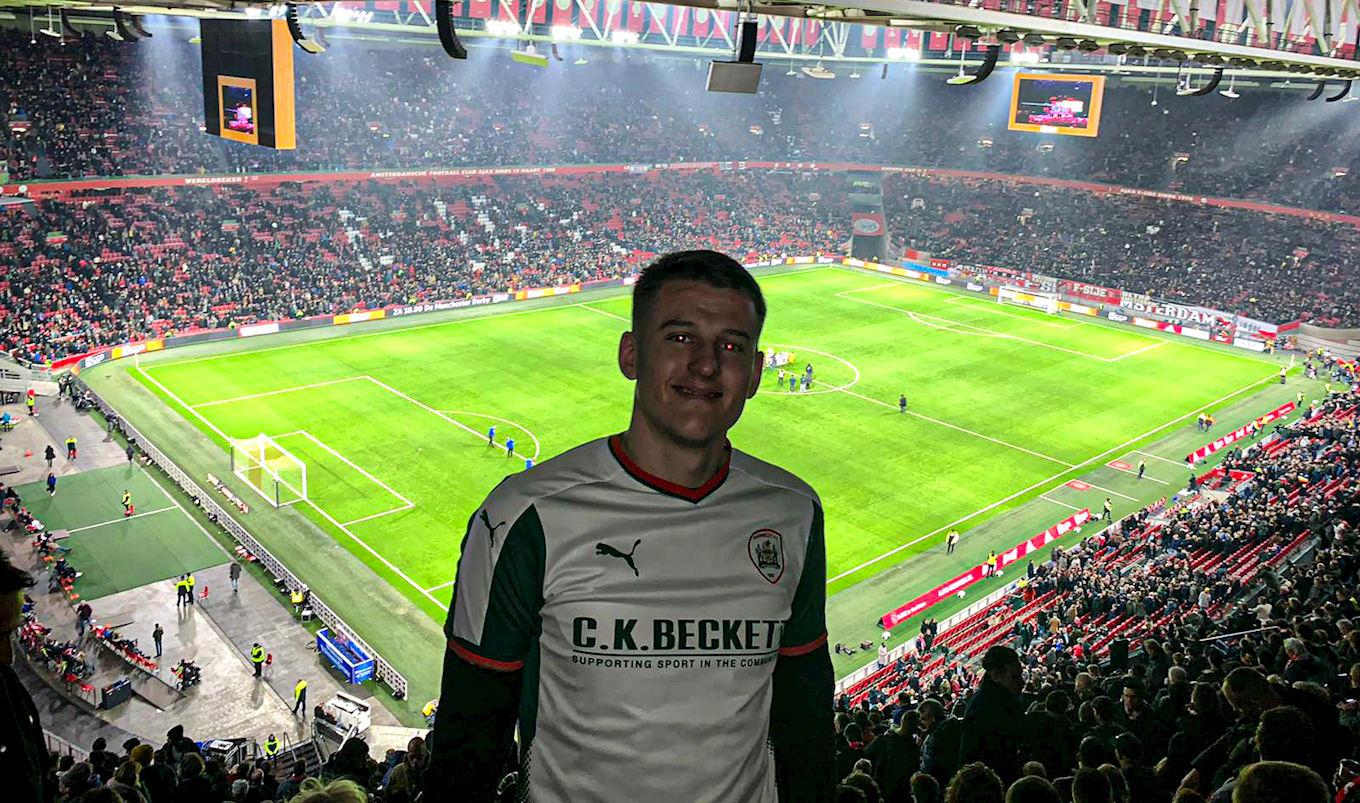 What would a home matchday look like to you?
From 9-12 it’s fairly quiet but we keep ourselves busy with stock taking and getting ready for when it’s busier later. We’ll do some shirt printing for orders and preparing tickets for when the Box Office opens. A couple of hours before kick-off is when it starts to get busier.

Who is the most popular name to have on the back of a shirt?
I’d say Woodrow or Mowatt; those are the ones we get most frequently. But lots of people have their own names on.

How much does it mean to you working at the club you support?
It’s massive. Barnsley runs all through my family and it’s a big thing for me that I get to work for the club that I love and that I’ve supported all my life. I get to go and watch all the home games, and it’s nice to take your mind off work if it’s been a busy shift – even more if we win! Sometimes I’ll work after the game for half an hour, too.

What’s your relationship like with everyone else at the club?
I’ve formed a decent relationship with everyone since I’ve started working at the club, which is great because I’ve made new friends. We all work as a team and make the work shift as enjoyable as we can. Obviously, it’s serious on matchdays and when stock comes in, but we can have a laugh and that can make the supporters a bit more at ease when they come in because they know they can approach us.

Obviously, it’s not your only job – you work at a bar in the town, tell us a little bit about that.
It’s the Soho Music Institute on Shambles Street; it’s the old Londoner. I’ve been there for probably the same amount of time that I’ve been at the football club, which is about four years now. I only started there to help out during Bank Holidays and Christmas shifts – like at the club, really, I was temporary there. But I’m still there and I really enjoy it. It’s Friday and Saturday nights, but if there’s a Bank Holiday or Christmas parties on a Sunday I’ll work those. Plus, I can always go out and have a drink after as well. 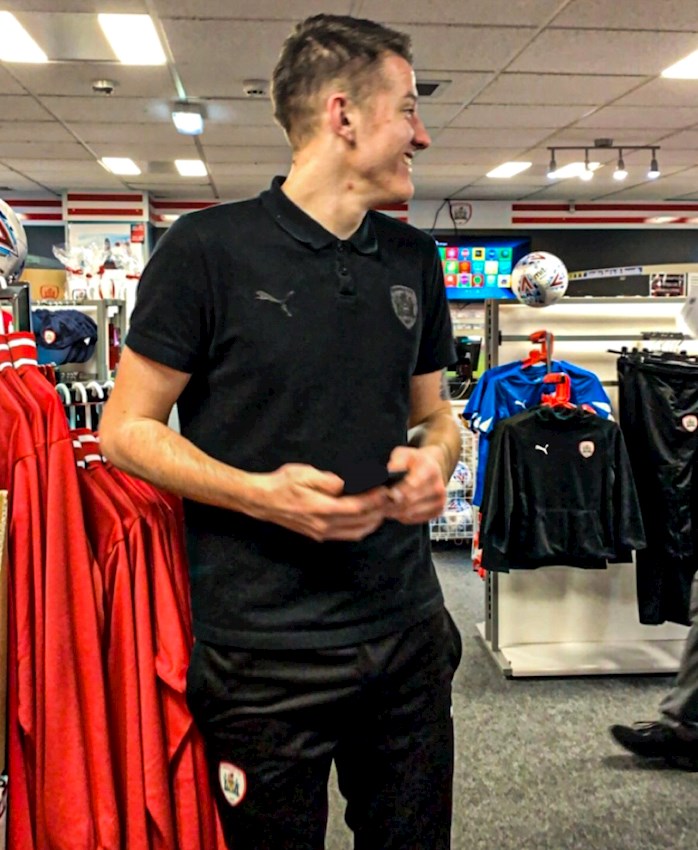 Would you say it’s livelier after a Barnsley win?
Yeah, if Barnsley play well and win and its nice weather then town does get very busy – especially our roof top bar. When we played Fulham at home on the opening day it was rammed because we’d won our first game back in the Championship – we had to turn people away.

Outside of work, you’re studying, tell us a little bit about your course.
I’m at Sheffield Hallam University and I’ve just finished my second year doing a sports coaching degree, so I’ve got one more year left before I qualify. After I’ve done that, I’m hoping to go on and be a PE teacher.

Have you done any coaching badges?
I’ve got my Level 2 Multi Skills. I was supposed to be doing my FA Level 1, but it got cancelled because of coronavirus and next winter I’m doing my ECB Level 1 in cricket.

Would you ever like to come to Barnsley and work as a coach?
Absolutely. Whether it’s with the first team or academy, Reds in the Community or Shadow Scholarship Scheme, one day hopefully I’d like the opportunity to be able to do something with the club.

Do you have any funny stories from your time at the club?
At our last Christmas do, me and a couple of the other lads took it upon ourselves to entertain the rest of the party by doing an open mic. It wasn’t a karaoke night, but one thing led to another and we ended up singing East 17 – amongst other songs. It was a good laugh; hopefully everyone was entertained by us!

Behind The Scenes | Craig Sedgwick


Not many fit the 'One Of Our Own' description better than Head Physio, Craig Sedgwick. 'Sedg' is next up in our feature that shines a light on those working behind the scenes... 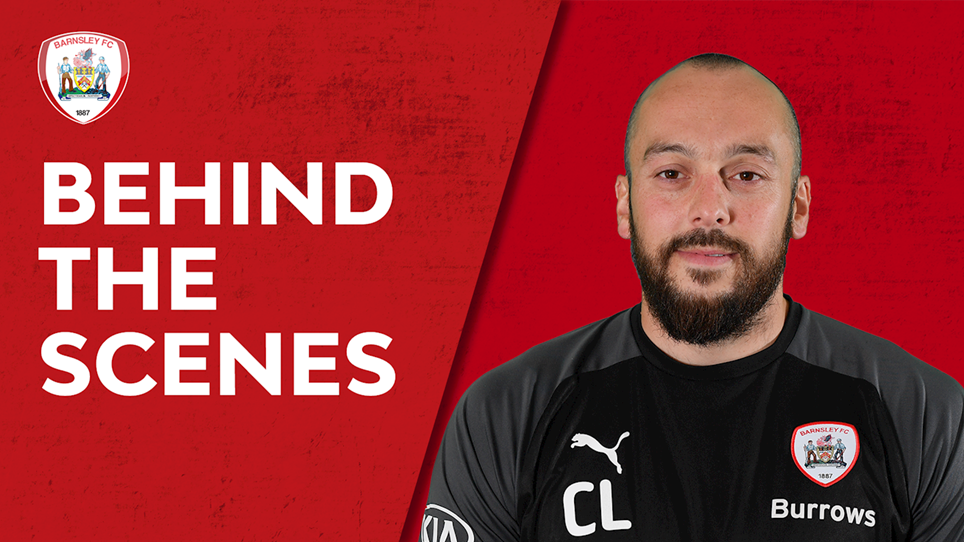 Behind The Scenes | Chris Lee


As we continue to go behind the scenes, this week we shine a light on Chris Lee, one of our Kitmen here at Oakwell!