As the Reds enter the second week of training since returning from a 10-week layoff owing to the global COVID-19 pandemic, we caught up with Cauley Woodrow to get his thoughts on football's 'comeback'.

It was announced at the weekend that a provisional start date was in place for the resumption of the Sky Bet Championship campaign.

With June 20 pencilled in for now, it gives everyone something to focus upon, and Woodrow believes it was something that everyone was waiting for.

"It was a moment that all the players, the staff and the fans have been waiting for." The Reds' top goalscorer told us.

"We are obviously delighted to finally have that date, and some idea of how things are going to look going forward.

"Everyone will have an opinion. I know there are some players who aren't keen on coming back, but for me, the government have put measures in place, it's safe to return and to play and I think that's the right decision." 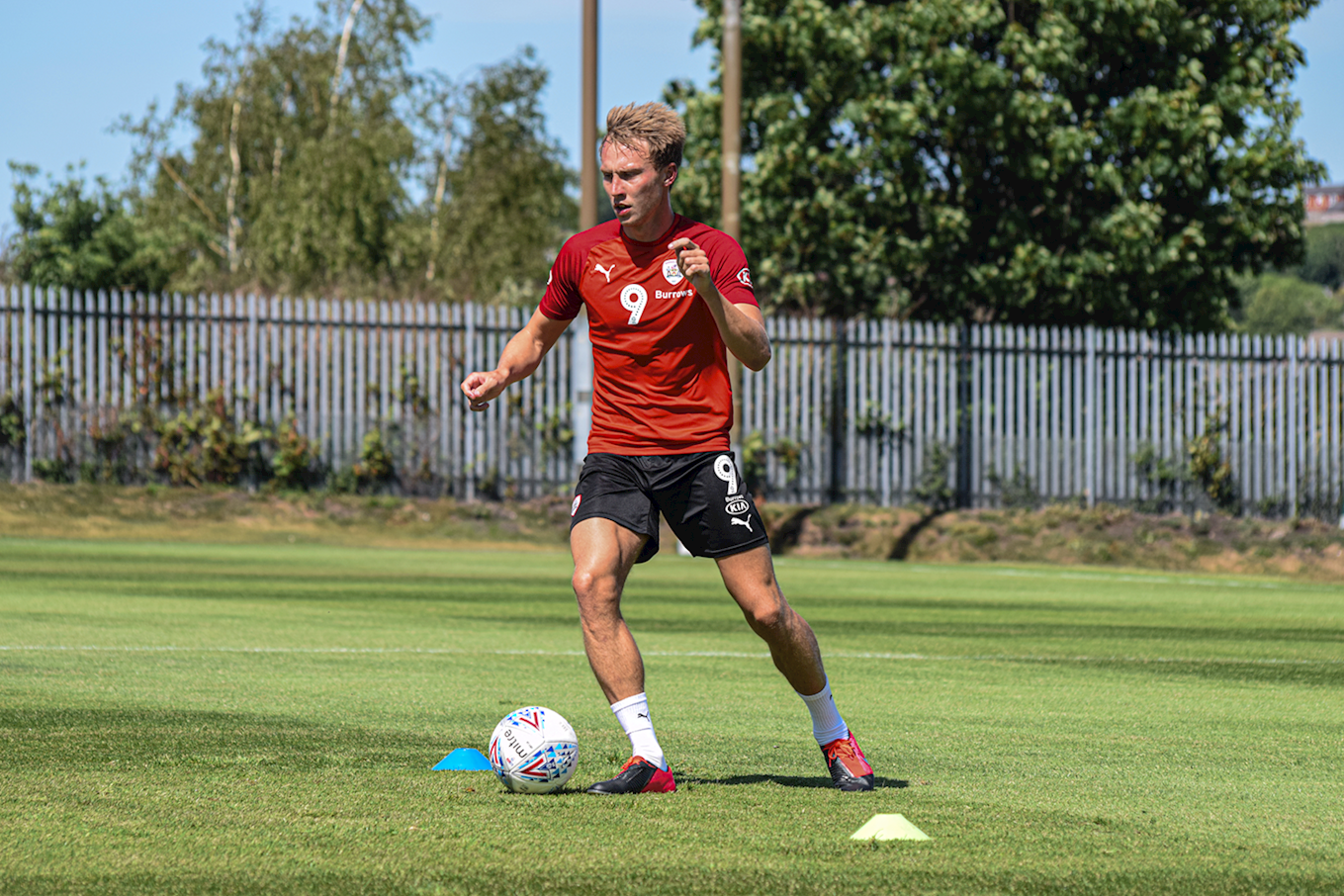 This is the second week of training since returning to Oakwell for the Reds squad.

With health and safety policies in place, smaller working groups and a real lack of socialising, Cauley admits it was a different environment, but spoke positively about being back at the club and back on the grass.

"It was a decent first week I felt." Cauley explained. "A little strange at first. It was only small groups, five in each group. Most of the sessions were done individually with social distancing in place.

"But we expect contact to return soon, like the Premier League. The steps are being taken and hopefully that'll come this week.

"In terms of our fitness for games, I think the lads are all in good shape. We have remained fit throughout lockdown, as we had to be ready in case the call to come back came. Personally, I was training every day back home and keeping to my diet."

The former England U21 international striker tells us the mood is positive at Oakwell amongst staff and players and that the time without games might well prove to have been helpful for a Reds squad who have nine matches remaining to try and claw their way to safety in their first season back at second tier level.

"As far as I know, all the lads here at the club are happy and want to be back playing. And maybe this enforced break will have done us good. You never know.

"Refreshed minds, refreshed bodies, focused on the job ahead of us, keeping Barnsley in the Championship.

"I hope we can get out there, attack the last nine games and get the points needed."