Boss excited to make 'history' as Reds look to pull off the greatest of escapes on Wednesday night.

The boss feels there is pressure on both sides but wants his players to remember the good memories already created this season in the hope of adding one more.

He told us: “The gap to safety was sometimes big, sometimes smaller, now we have a big chance and we have to take it. I hope everyone is ready. It’s not easy to play against a massive opponent but we can bring a very good performance.

"We already have big memories from this season but we work on Wednesday for the next big memory.

“This game is about our history. We are looking forward to it. It is the biggest game in my coaching career. It is a tough situation for everyone, and also for me. But I can handle that. We have a big challenge but I like big challenges, and so do my boys.

“Brentford have big pressure also, they can go straight up to the Premier League with a win. That is a lot of pressure. We have experience with pressure this season. There is pressure on both teams, but I think especially Brentford.” 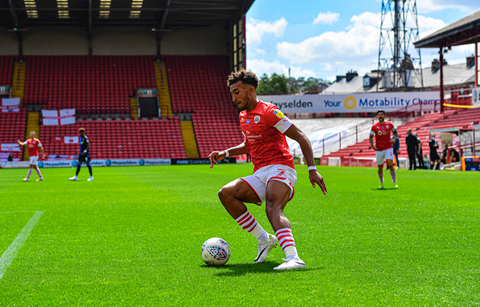 This week has seen a number of media outlets speculating about the final makeup of the bottom three, with rumours still circulating regards any points-based penalties potentially being handed to a number of clubs due to alleged breaches of EFL rules.

It isn't ideal that there are still doubts over the futures of certain clubs with one game left to play, but Struber preferred to focus on the only task that he and the players can affect - Wednesday night's trip to face a Bees side gunning for automatic promotion, live on Sky Sports.

"My complete energy goes with my team, my plan, it is with my boys. I think we have a big influence on our performance when we have all our energy in the right direction and not thinking about Sheffield Wednesday and Wigan.

"This is more a topic for the EFL and is the responsibility for the EFL to bring about a decision. I have said already about the EFL that they sometimes take a little long to make a decision.

"But I do not lose energy in any way. We have to bring a big performance on Wednesday and if we win, I have a good feeling we will stay in this league.

"On Wednesday, we go all in - it is our final chance to climb out of the relegation zone and we have to win.

"This is a big goal for everyone. We have to prove that Barnsley FC is a Championship club."

It's been a crazy and hectic eight months for the Austrian.

But he admits that he's enjoyed his time at Oakwell so far and wants to make sure that the 11-month Championship campaign is ended on a happy note.

"I have enjoyed it, I love the feeling of togetherness within our club.

"This is the key in smaller clubs. You have a smaller family but it is always people who care so deeply and go the extra way. It's about determination and commitment.

"Therefore it is my duty to lead everyone through this challenge together.

“On Wednesday night we need to play in our style then hopefully Said Benrahma and his mates do not have much action in this game. We know they have special key players but we play a completely different style and sometimes it is not so easy to handle this style.