Reds forward keen for another memorable trip to Griffin Park.

The 22-year-old made his Reds debut against the Bees in West London nearly four years ago now.

“It’s a big game for the club," Brown told us. "But for me personally too, because that’s where I made my debut which is a memory that will stick with me forever. Hopefully, I can have another good achievement there.

"They're a great side and probably the form team in the division, so we can't have asked for a tougher test. They're in with a chance of promotion too.

"Another big one for us, but we're confident we can pull it off." 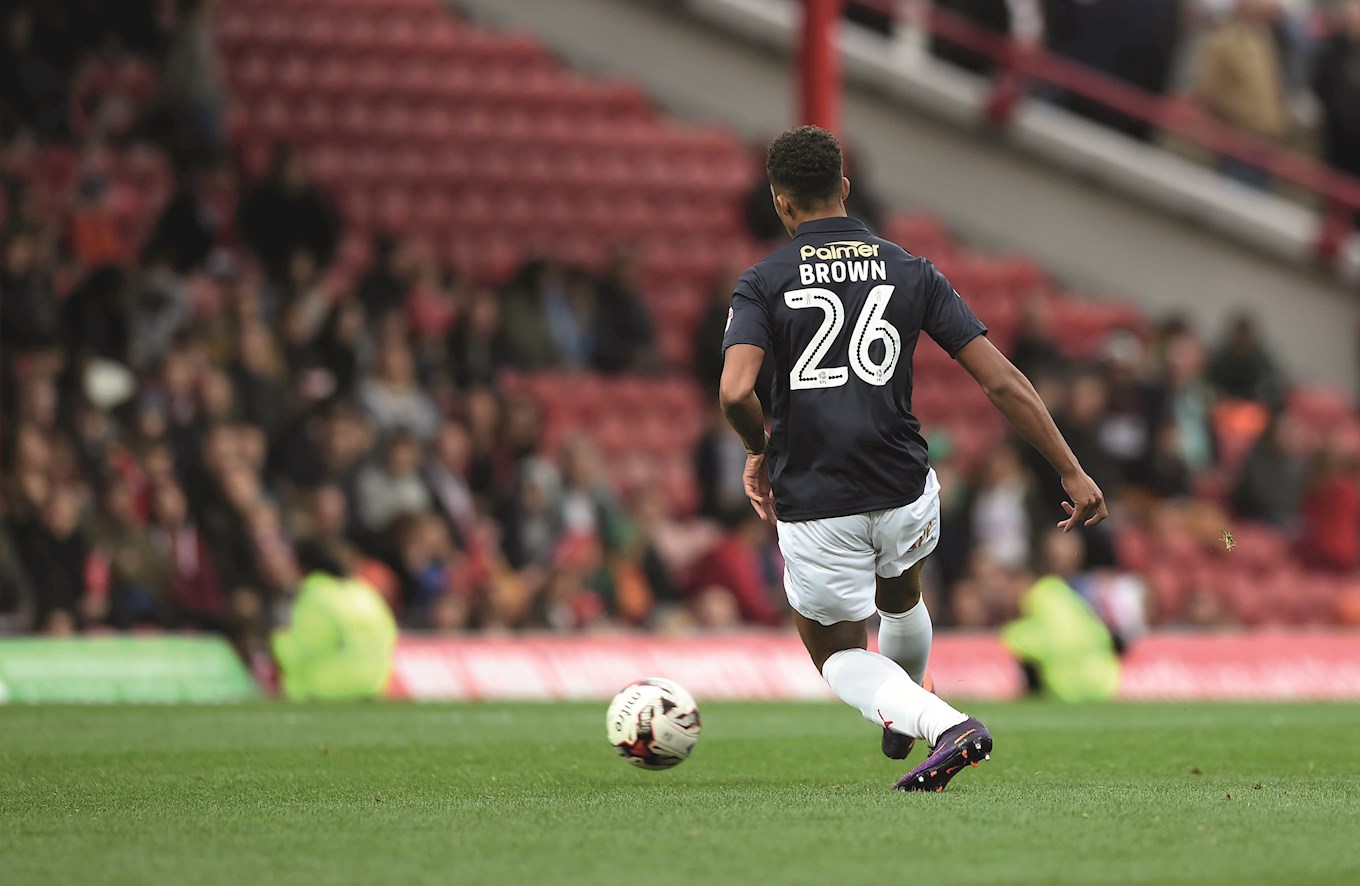 Amid the chaotic scenes at Oakwell on Sunday as Patrick Schmidt's 93rd minute effort found the back of the net to send the Reds' great escape act into a final day screening, Brown was rugby tackled by First Team Coach Adam Murray.

Jacob admitted he was only ever going to come out second best in that clash!

“I have watched it back a few times and I think it looks worse than it was. I was running over and I saw Muz and I thought ‘I need to be careful here because he’s a big guy.’ He took me straight to the ground. But I'm alright now.

“That moment was amazing. You would think with there being no fans inside Oakwell, that there is no atmosphere, but when that goal went in, it was such a good feeling because we knew how much it meant.”

Back onto Wednesday evening's job to do in the capital, the Halifax-born youngster agreed that it's the biggest game of the squad's career, with so much on the line at the end of this crazy season that began almost 12 months ago now.

But with recent successes in London and Barnsley's seeming ability to match up well against the so-called better sides in the division, Brown says it's a game to look forward to, not fear.

He explained, saying: “We have beaten teams like Fulham home and away and done well against other top sides. It’s just a case of performing as well as we can and hopefully getting the result.

“It will be a big pressure game for both clubs and hopefully we can use that to our advantage. If we did it on Wednesday, it would be something that we deserved. I know we haven’t had the best results this year but we have worked really hard, we've grown into the campaign.

“It’s definitely my biggest game, it is for everyone with what’s at stake. It’s a massive moment, such a big time for the club and we need to relish it.”