Barnsley U23s suffered a heavy 4-1 defeat at the hands of Wigan Athletic in their opening game of the New Year.

Despite taking the lead through Sam Fielding’s sensational free-kick, the young Reds were unable to build on that advantage and were undone by goals from Charlie Jolley, Ollie Crankshaw, Adam Long and Emeka Obi.

The Latics started brightly and came close to opening the scoring in the early exchanges, but Crankshaw saw his shot blocked by Rudi Pache before Jolley’s rebound was expertly turned around the post by Jack Walton.

Barnsley soon began to knock the ball around with confidence and almost found a way through when Jordan Barnett’s fizzing cross narrowly evaded Tommy Willard.

But, after Keziah Martin had been bundled over 25-yards from goal, Fielding stepped up to unleash a thunderous drive that crashed in off the underside of the bar to give Martin Devaney’s side a deserved lead.

It lasted just ten minutes, however, as the ever-dangerous Jolley latched onto a fine through ball before drilling low and hard past Walton and into the bottom corner.

Aiden Marsh and Charlie Winfield were introduced at the interval for Barnsley for Jordan Helliwell and Keziah Martin, with the former completing 45 minutes for the first time since returning from injury.

The Reds looked bright, were dictating the tempo and appeared likely to score the next goal as Marsh dragged inches wide following a fine move.

However, the hosts were awarded a penalty 20 minutes after the interval and Crankshaw stepped up to duly dispatch as he sent Walton the wrong way.

Barnsley pushed hard for an equaliser and almost got their rewards as Willard burst into the area, but he saw his low shot beat two men and the on-rushing Dan Gyollai, only to see it hacked off the line.

Wigan soon doubled their advantage when Long powered home a header from a corner, before Obi ended the tie as a contest deep into stoppage time as he scrambled in from close range. 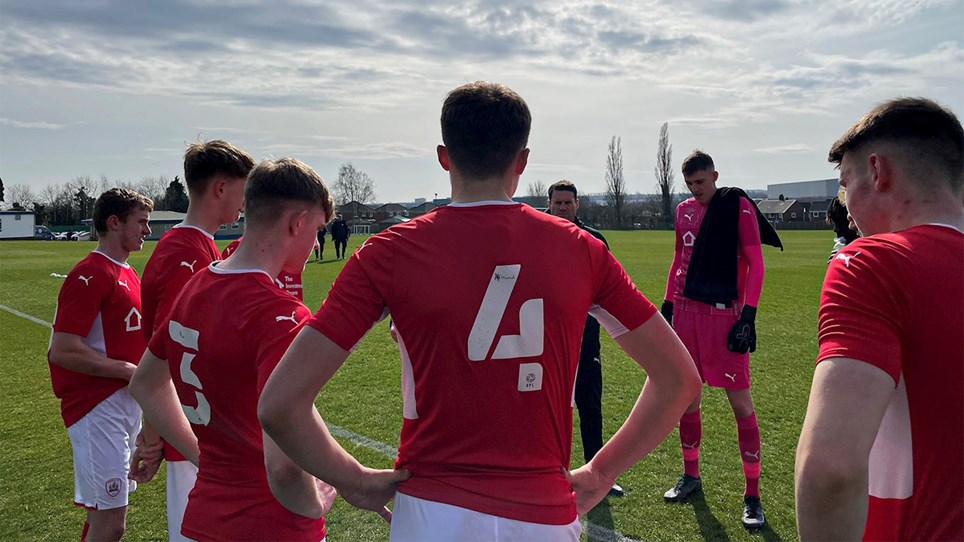