Barnsley captain Alex Mowatt says the 1-0 defeat away at Bristol City was a tough one to take after an 87th winner separated the two sides at Ashton Gate.

Despite having a number of chances to win the game, a goal from Swedish international Niclas Eliasson three minutes from time, proved to be just enough for the Robins to snatch all three points on Saturday afternoon.

However, despite the result, the midfielder states there were still plenty of positives to take, as the Reds look ahead to Tuesday night when they face Preston North End back at Oakwell.

Speaking after the Bristol City encounter, Mowatt said: “Everyone is gutted. I think we had enough chances to win the game.

“If we took those opportunities and the final pass was a little bit better, I felt as though we could have won the match.

“I thought we were the better team. They had some chances as well, but I thought the ones we created were really good.

“We’ve been working on playing out from the back and I thought at times we did that well. The very least we deserved was a point, so to take nothing from the game was really disappointing.” 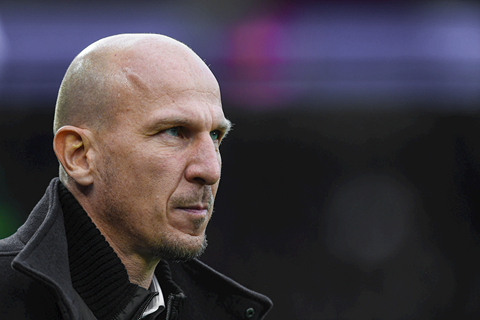 Despite the defeat, the 24-year-old wasn’t disheartened by the performance on the pitch and claims the squad just need to keep ‘believing’ in themselves in order to turn the results on their head.

He went on to say: “The performances have been there for us, but we just need to keep plugging away. After the defeat here, we need to keep believing in ourselves because I know we can start climbing the table again.”

The Reds captain also hailed the impact of Austrian midfielder Marcel Ritzmaier following his move from AS Wolfsberger earlier this month.

He said: “I think he [Marcel Ritzmaier] played well. It’s not easy coming over to England and in his first two games for us, he’s done a really good job. He’s settled into life here very well.”

Mowatt then also reflected on his own performance and added: “I thought I played well today. I had half a chance at the end, but on the whole, I got into some good positions and created other opportunities for the rest of the team. Obviously, I’m gutted that we couldn’t score or put the chances away to win the game.”

The Reds now turn their attentions to Tuesday night as Preston North End come to town. Mowatt hopes Barnsley can quickly return to winning ways and continue Struber’s fine record in front of the Oakwell faithful.

Looking ahead to that midweek game, the midfielder said: “The best thing about this league is that when you lose, you have the chance to make it right a couple of days later. We’ll go again on Tuesday and do our best to get the three points.”