In an historic first, all 32 Emirates FA Cup Third Round fixtures this weekend will be delayed by one minute. A new film narrated by His Royal Highness, The Duke of Cambridge will be played before the matches, encouraging football fans to ‘Take A Minute’ to start taking action to look after their mental health and that of their family and friends.

The film has been released as a collaboration between Public Health England’s (PHE) Every Mind Matters and The Football Association (The FA) and Heads Together’s Heads Up campaign, who have teamed up to raise awareness of the simple actions we can all take to look after our mental health.

While the collaboration is aimed at everyone including players, supporters, friends and families, it’s widely recognised that football can be a powerful way to reach men in particular. There are over 15 million football fans in England, 69% of whom are men.

A YouGov survey commissioned by PHE shows that men in England are less likely than women to seek help or take self-care actions for early signs of common mental health concerns. It showed:

Heads Up is a season long partnership between The FA and Heads Together, and spearheaded by HRH The Duke of Cambridge, which uses the popularity of football as a vehicle to generate the biggest ever conversation around mental health. For the Third Round, the campaign is now partnering with Every Mind Matters, a groundbreaking mental health platform from Public Health England.

Together, the initiative will encourage football fans to look after their own mental health, and support friends and family who may be struggling. They can start this by completing a ‘Mind Plan’, a quick and free tool from Every Mind Matters that has already been completed over one million times.

By taking a minute to answer a few questions about how they are feeling, fans will get their own personalised action plan. Clinically assured by the NHS, the plan recommends a range of evidence based self-care actions for each individual, which are designed to deal with stress, boost their mood, improve sleep and feel more in control – preventing these common mental health concerns escalating into more serious, clinical conditions.

“As every fan knows, football has its highs and lows - and so does life. This is a fantastic opportunity to bring the football community together in an important conversation about how we can all take care of our mental health, starting with a few simple actions.”

Godric Smith, chair of the Heads Up campaign, comments:

“Football is already doing some great work on mental health but it is really encouraging to see the whole game uniting around the Heads Up campaign in 2020 starting with the Emirates FA Cup Third Round. Support your team. Support your mates. And support yourself. The Every Mind Matters website is a great place to start. We all have mental health and we can all take a minute to think more about it and take simple, positive steps.”

“We hope that the symbolic 60 second delay to all Emirates FA Cup Third Round fixtures will be the start of a journey for better mental health for the millions who will be watching one of English football’s most famous weekends. We’re delighted to have an association with Public Health England for this Round and to signpost fans to their ‘Every Mind Matters’ website, one of the simple steps that is readily available to drive change.”

“Most of us experience some sort of mental health difficulty during our lives and we know that men in particular struggle with acknowledging and acting on any problems. We hope this new partnership will be able to reach men and women in a way that helps them to take action to look after their mental health.”

The Emirates FA Cup Third Round kicks-off on Saturday 4 January at 12.31pm with games taking place across the weekend.

Fans can search Every Mind Matters to create their own personal mental health action plan or visit www.everymindmatters.co.uk.

Those in need of immediate support can text ‘HeadsUp’ to 85258 to be connected to a trained crisis counsellor. This service is available 24/7, and free to text from most mobile networks.

In conjunction with Heads Up charity partners Mind, CALM, Heads Together and Sporting Chance, fans will also be provided with helpful tips and advice on The FA website on how they can approach managing their mental health, at www.thefa.com/headsup. 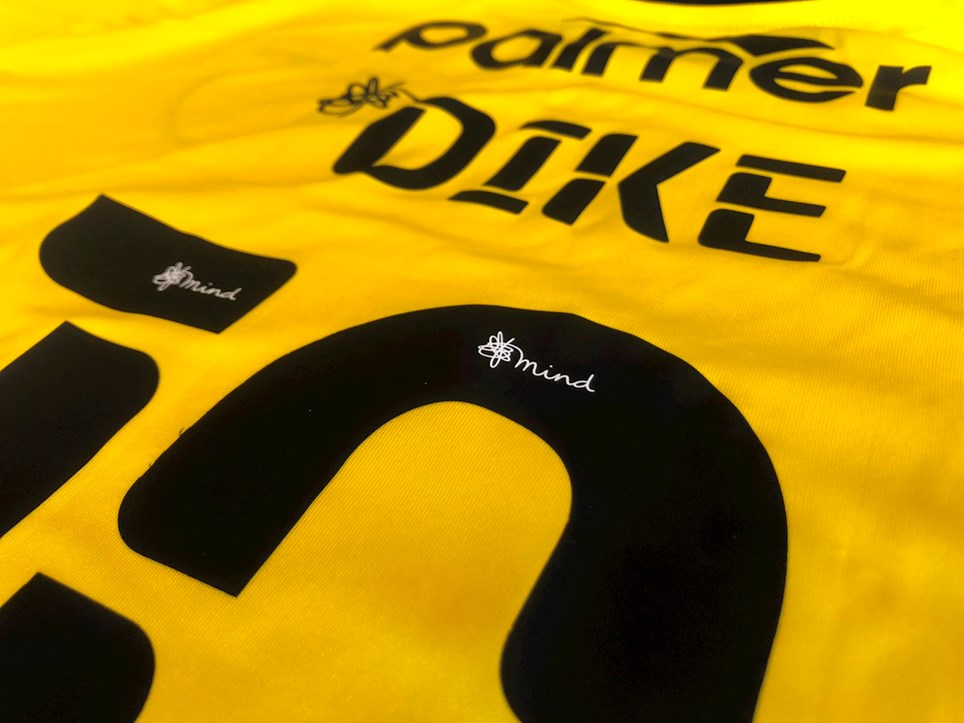 MIND TO TAKEOVER AT OAKWELL


The EFL stands with the Premier League, The FA, PFA, LMA, the FSA and colleagues across European professional football in condemnation of proposals which attack the foundation of open and fair...


A big win. On to Saturday.


The Reds are asking all members of the Barnsley football community to unite and support this weekend’s social media boycott.


This afternoon's lineups as the Reds take on the Royals...


Supporters living in the UK and Ireland can listen to today’s game at the Select Car Leasing Stadium live on iFollow Barnsley.


The English Football League (EFL) has today announced the launch of ‘EFL Green Clubs’, a new League wide scheme that will help support Clubs across the country to improve their environmental practices...