Ahead of our Sky Bet Championship clash with Middlesbrough on Saturday, Gerhard Struber wants Barnsley to build on their morale-boosting victory at Fulham last weekend.

The Reds were scintillating at Craven Cottage and thoroughly deserved the three points, which reignited their fight for survival as the campaign gradually reaches boiling point.

Speaking in his pre-match press conference, Struber praised his players and insists they have the right mentality to beat the drop come May.

“It was a big win against a massive opponent,” asserted the Austrian. “We had the right plan and the right mood. The whole week’s training has been brilliant. We have the self-confidence and every player knows that, with the right attitude and concentration, the energy, if we do this then it is not easy to play against Barnsley.

“I hope we reproduce this kind of performance.

“The only focus is Middlesbrough and this one game. It’s about creating the right atmosphere. The fans can help with this, as they showed at Fulham. We had 1,500 of them really backing the boys and it can make a big difference for us.

“We believe we can stay in the Championship. The style is good enough, the players are good enough. If we can keep building the momentum, we can continue the good run and I hope that we show this on Saturday.”

Jonathan Woodgate’s side travel to South Yorkshire without a win in all competitions since New Year’s Day and are in danger of potentially being dragged into a relegation scrap.

However, Struber is wary of the danger that they possess, having already witness their quality first-hand as they secured a 1-0 victory in the reverse fixture back in November.

“Middlesbrough are a big counter team,” continued the Reds’ Head Coach. “They have some problems in their style recently and I’ve seen areas we can hopefully exploit. But it’s another big task for us. A real big challenge but one we are looking forward to.

“Our fans will be hoping for a top performance and if we are all together, we can achieve our goals.

“In the last games at Oakwell it hasn’t been easy for our fans, no chance for any partying. Especially against Birmingham.

“Like I say, we saw last week against Fulham that if we play in the right way as a team that our supporters will follow. I have no doubts about that.”

You can watch Gerhard’s press conference on iFollow Barnsley. 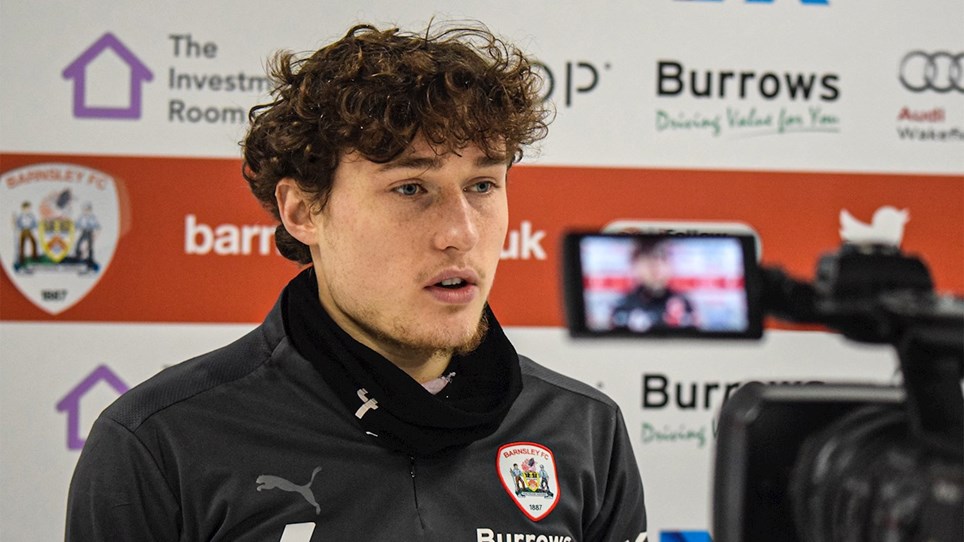