Three wins on the spin for Barnsley as Gerhard Struber's in-form side take the spoils at Hull.

Cauley Woodrow's tap-in was enough to give the Reds another well-deserved victory in the battle for survival!

Head Coach, Gerhard Struber had made just the solitary change following Saturday's win against Middlesbrough as Luke Thomas came in, taking the place of Kilian Ludewig as the Reds reverted back to their diamond system for this clash with the out-of-sorts Tigers.

The Reds were dominant in the first half, with their hosts barely getting a touch of the ball in the opening 10 minutes but it wasn't until the 11th minute that Barnsley had their first real chance as a Jacob Brown header came off both the 'keeper and post before going behind for a corner that was easily dealt with.

Moments later and there were key blocks from Robbie McKenzie and Jordy De Wijs inside the Hull box that denied a certain goal for first Brown and then Cauley Woodrow as the Reds swarmed all over the home side looking for the first goal of the game. 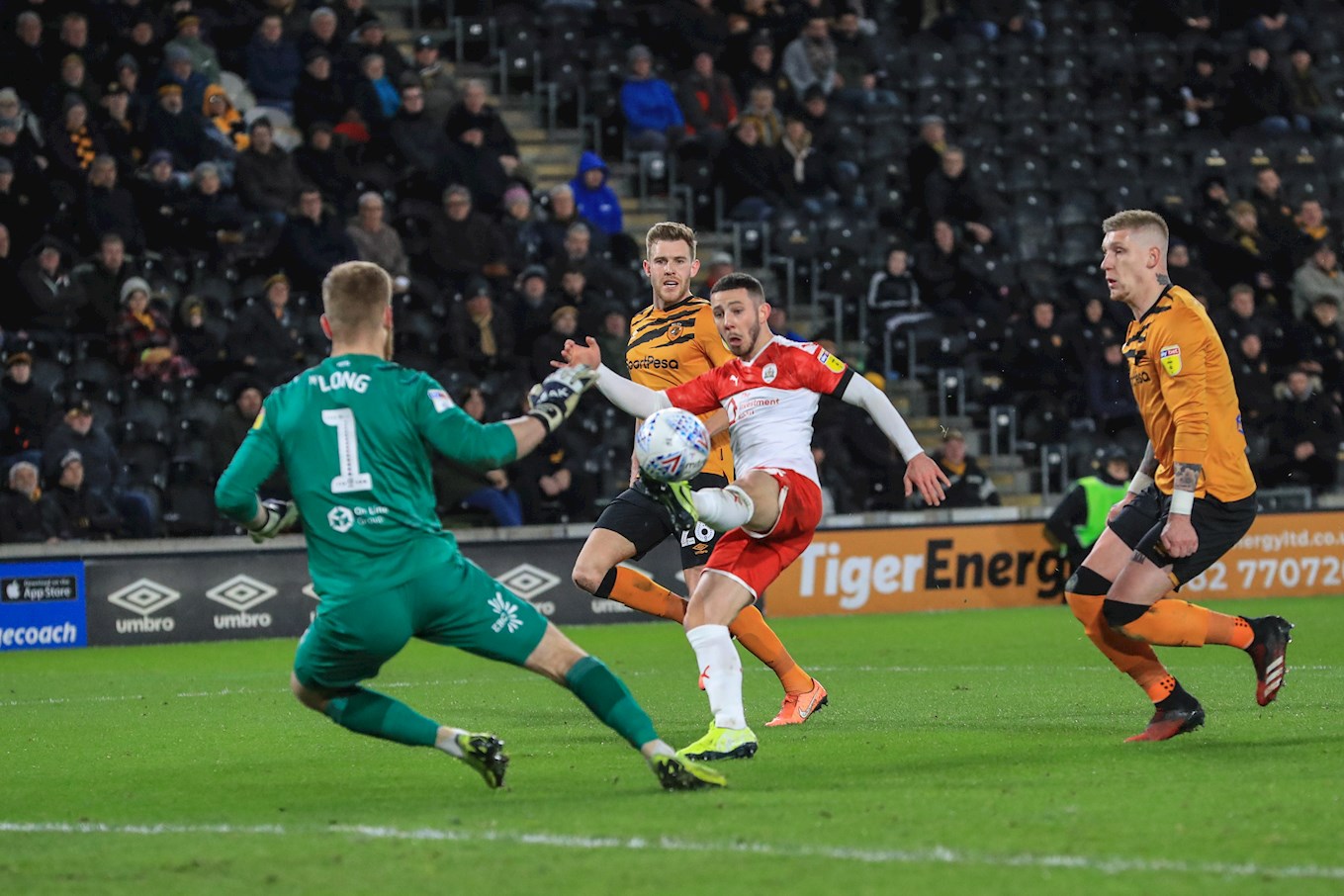 Next it was Conor Chaplin who tried his luck as he scampered after captain, Alex Mowatt's chipped ball over the top but the home goalie George Long got a touch to Chaplin's shot and behind it went.

The impressive Luke Thomas was proving a real threat with his pace and he played a skillful one-two with Mike Bähre on the edge of the hosts' penalty area before blazing his shot over the crossbar from the angle once entering the Tigers' box.

On the half-hour mark, Woodrow was well and truly clattered by De Wijs for what looked like a stonewall Reds penalty but referee David Coote ignored the Reds' claims for a spot kick.

Chaplin was denied once more by Long just five minutes later having been put through on goal by Woodrow, and then Hull finally tested the Reds.

It was Josh Magennis inside the penalty box, as he pulled the trigger ten yards from goal, a desperate Mowatt slide-tackle took the sting off the shot that Brad Collins then palmed behind to safety to help preserve his third consecutive clean sheet. 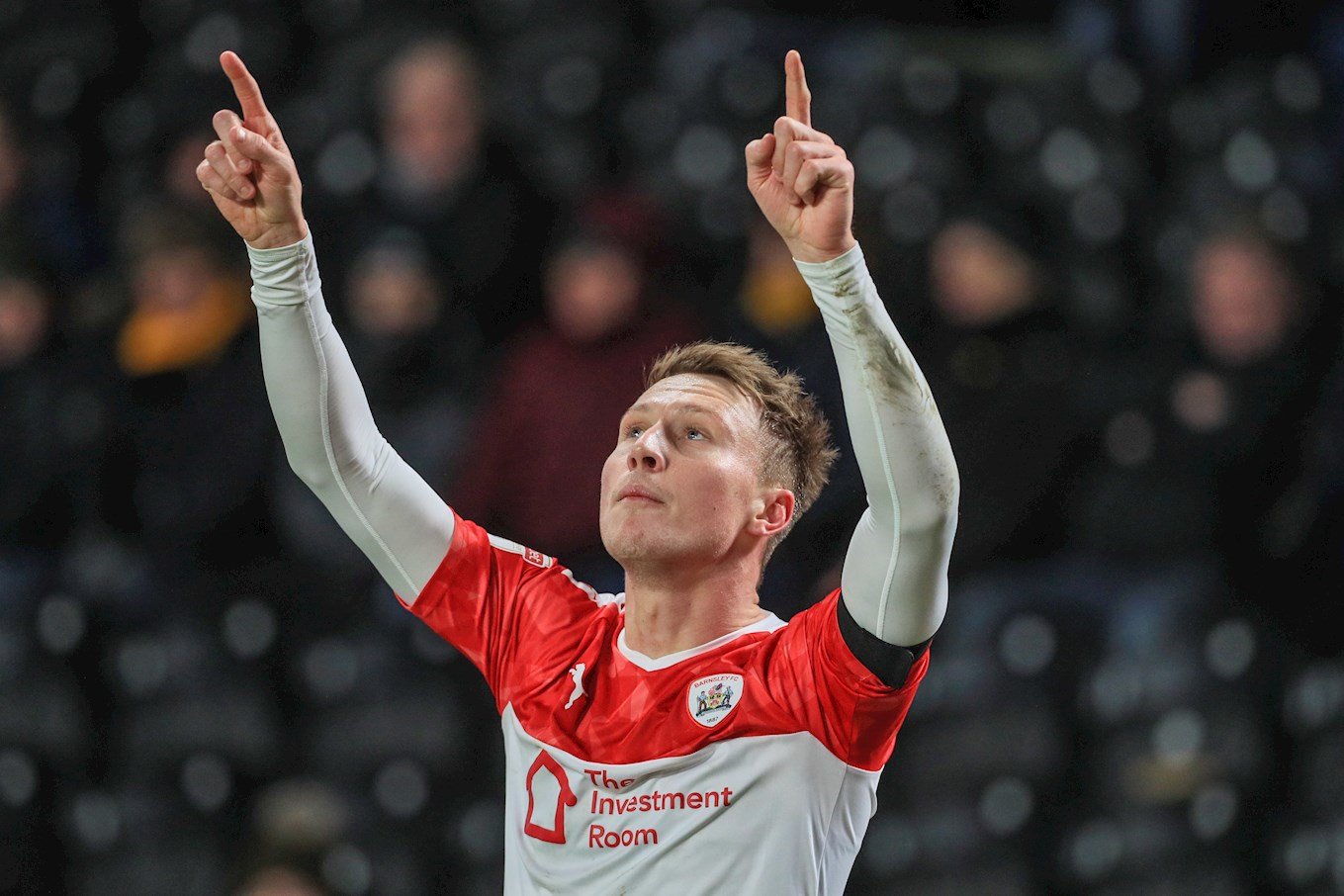 But it was Barnsley who did finally break through to take the lead as the clash edged towards half time as Woodrow was on hand to tap in after Long had fumbled a Chaplin cross on his goalline. It was the ace marksman's 15th goal of the season in all competitions, and his fifth of the month.

There were changes during the interval for both sides with Kilian Ludewig replacing Clarke Oduor for Barnsley and the home side brought on both Martin Samuelsen and George Honeyman for Marcus Maddison and Jon Toral respectively.

It was a very different second half with Hull more offensive, but not able to test Collins in goal during the early stages.

Marcel Ritzmaier replaced Bähre and then just before the hour mark, the Tigers did force Collins into making a stop; a wonderful one-handed save to deny Samuelsen's deft header inside the box.

Mowatt blasted well over from 10 yards out after Long had initially thwarted Aapo Halme inside the six yard box. It was end to end now, but the Tigers were mainly going direct and Collins was there to claim some testing high balls with Jordan Williams, Michael Sollbauer and particularly Halme real rocks at the back in what was now a revised back three to see out the game. 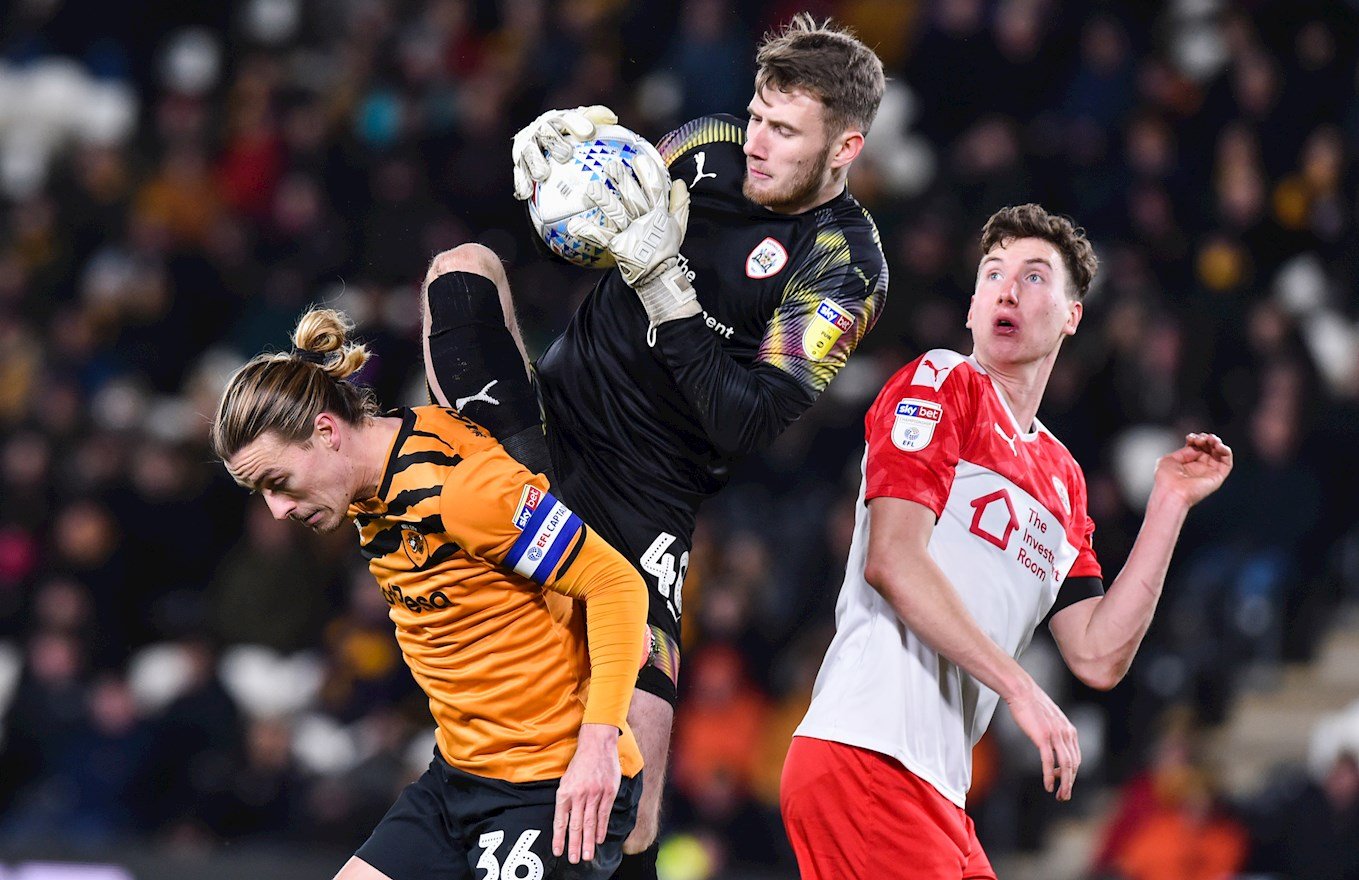 Former Leeds United man Matt Pennington later hooked off the line as Sollbauer looked certain to score his first goal for the Reds, and then after Ben Williams was introduced in place of Thomas, Aussie midfielder Jackson Irvine glanced a header towards goal that Collins had to tip over his bar.

The Reds held on for a huge but richly deserved three points, and cut the gap to safety down to just three points heading into the next fixture away at Reading on Saturday.