Barnsley tasted victory at Hillsborough for the first time since 2009 as first-half goals from Cauley Woodrow and Dominik Frieser gave the Reds a derby-day win over Sheffield Wednesday.

It was an impressive performance from the Reds to come from behind, and they have now won seven of eleven games since the appointment of Valérien Ismaël.

After Josh Windass had given Wednesday an early lead, it took only ten minutes for Barnsley to strike back, with Woodrow’s header levelling proceedings.

Frieser then tucked in seven minutes prior to the break to ensure the Reds made the short journey back up the M1 with all three points.

In a first half light on chances, both sides looked to make use of balls over the top of one another’s defences, and it was the Owls who first did so successfully in the fourth minute.

Barry Bannan played a long pass towards the pacey Windass, who controlled well to knock the ball past onrushing Reds goalkeeper Jack Walton and finish into an open net.

However, the visitors dug deep to respond quickly, as Matty James’ corner was flicked on at the near post by Mads Andersen, and top scorer Woodrow deftly nodded the equaliser home.

On his return to the starting line-up, Frieser then got his reward after constantly harrying the home side’s defence, slotting in Conor Chaplin’s lofted pass from close range to complete the turnaround.

The second period brought several chances for the Reds to extend their lead as the game opened up, with Callum Styles firing over from close range before Alex Mowatt flashed a volley narrowly wide.

At the other end, Wednesday were keen to remind the Reds of their own threat, and it took some heroics from Walton to keep the Owls out.

First, he brilliantly pushed a fierce strike from Kadeem Harris away, before somehow tipping substitute Joey Pelupessy’s 25-yard strike onto the bar.

Owls boss Tony Pulis threw on forwards Izzy Brown and Jordan Rhodes in a desperate attempt to snatch a late equaliser, but his efforts proved to be in vain.

A first win in S6 in their last seven attempts now puts the Reds 16 points ahead of today’s hosts, and gives them a real platform to mount a challenge on the Championship’s top half in games to come. 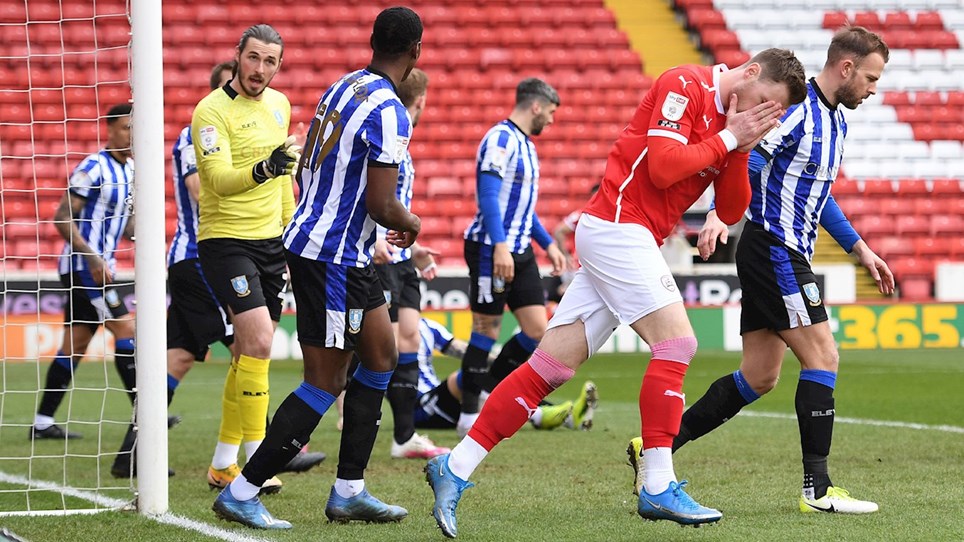 
Barnsley succumbed to defeat in the South Yorkshire derby as a Jordan Rhodes brace sealed all three points for Sheffield Wednesday at Oakwell.