No sooner had the final whistle blown following our comeback victory against Birmingham City on Tuesday evening had preparations for our upcoming Sky Bet Championship clash with Bournemouth begun.

That means there’s another edition of GROVE STREET up for grabs and, as ever, it’s fit to bursting with exclusive content for your enjoyment.

There are two huge interviews in this matchday programme, the first of which is with MATTY JAMES, who re-joined the Reds for a second loan spell back in October. The midfielder opens up about his injury woes and the emotions he suffered during his time at Leicester City, and the heartbreak of watching on as his teammates famously lifted the Premier League trophy.

James also reflects on his time at Barnsley, while praising current Head Coach, Valérien Ismaël for his tactical approach to the game. As a fans favourite, we know you’ll be eager to give this one a read. 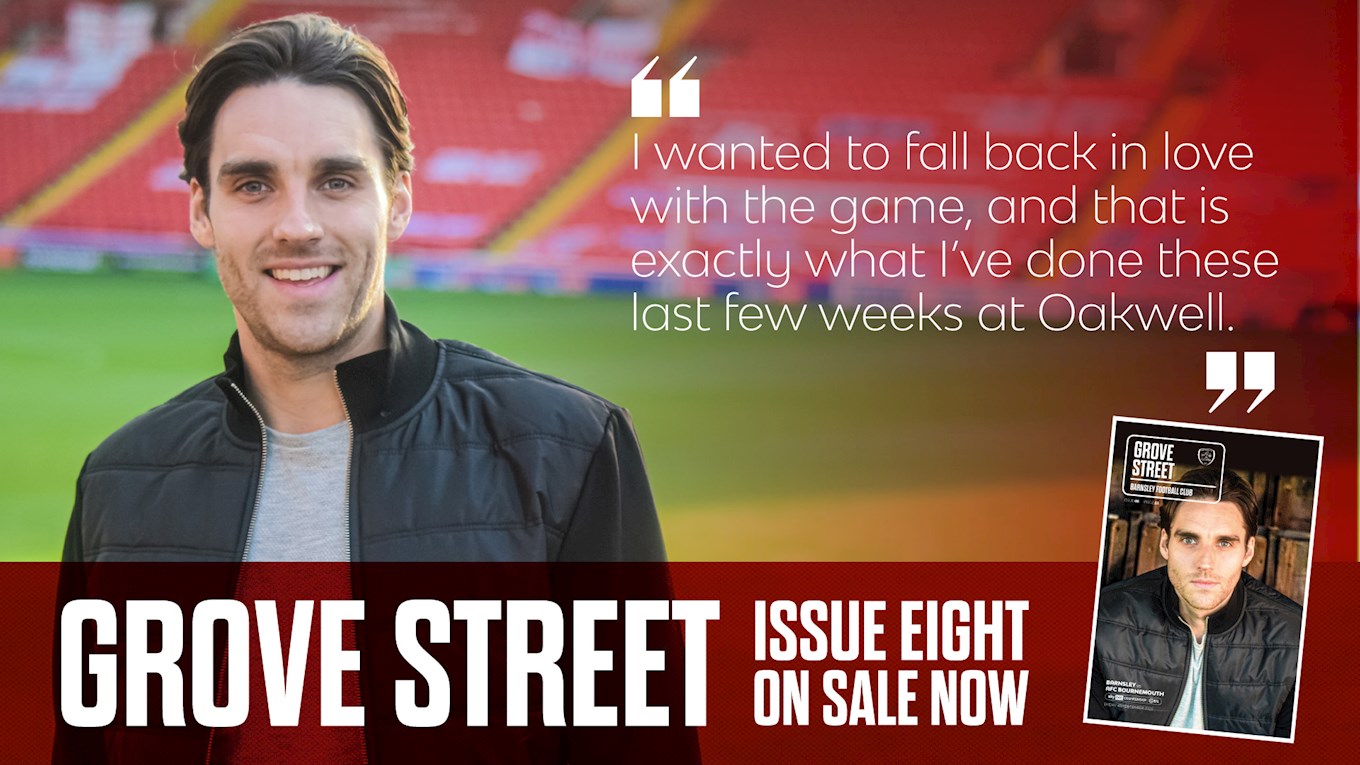 Our second main feature is with VICTOR ADEBOYEJO who, after more than a season on the periphery at Oakwell, has forced his way back into reckoning and is putting in a number of impressive displays.

The powerful striker discusses his journey from Nigeria to South Yorkshire and his development over the years as he tried to make his mark at a number of different clubs before choosing his ‘home’.

We have another musical piece in your Cherries edition of GROVE STREET, with HELENA KATE the focus of our attention in THE AUX. The Barnsley based singer-songwriter tells us about her background in the industry, influences and, of course, favourite Reds memories.

DAN BRAMALL tries his luck, unsuccessfully, might we add, at our TEN QUESTIONS quiz. The flying winger is making a name for himself with some tremendous performances at U23s level this term, so we put his football knowledge to the test.

As ever, NEIL RICHARSON pens his column depicting a Barnsley legend – this time it’s the turn of JOE JOYCE, while we also have five pages dedicated to our visitors from the south coast, including LEIGH EDWARDS’ Homegrown Heroes feature.

And, if that wasn’t enough, one lucky reader will have the opportunity to win a copy of Football Manager 21 signed by the main man himself, VALÉRIEN ISMAËL.

Order your copy online now or head to the Reds Superstore to pick one up for just £3.