Barnsley Football Club are delighted to announce the signing of Cameron Thompson.

The 20-year-old forward will link up with our U23s squad after impressing during a trial period with Martin Devaney’s side, scoring two goals in victories over Birmingham City and Crewe Alexandra.

A product of the Fulham academy, Thompson spent nine years at Craven Cottage prior to his departure in the summer and developed a keen eye for goal at youth level.

He struck 15 times in 31 appearances for the Cottagers’ U18s before going on to net a further eight goals at U23s level – including one in the EFL Trophy away to Wycombe Wanderers in September 2018.

“I’m very pleased to have signed,” insisted Thompson. “It’s been a long time because I got injured when I got offered and I had to wait to do my medical, so it’s been a long process. But I’m just happy to get the deal done and get started at Barnsley.

“The plan and the expectation was to get started straight away and to score two goals in my first two games is a good start, but it’s just about keeping the run going now. I want to come in and replicate what I’ve been doing over the years, which is scoring goals, and hopefully I can do that here.

“I think we can go far this season. It’s like a group of really close friends – everyone is really close; it’s not just a team. So I think the lads can do quite well.” 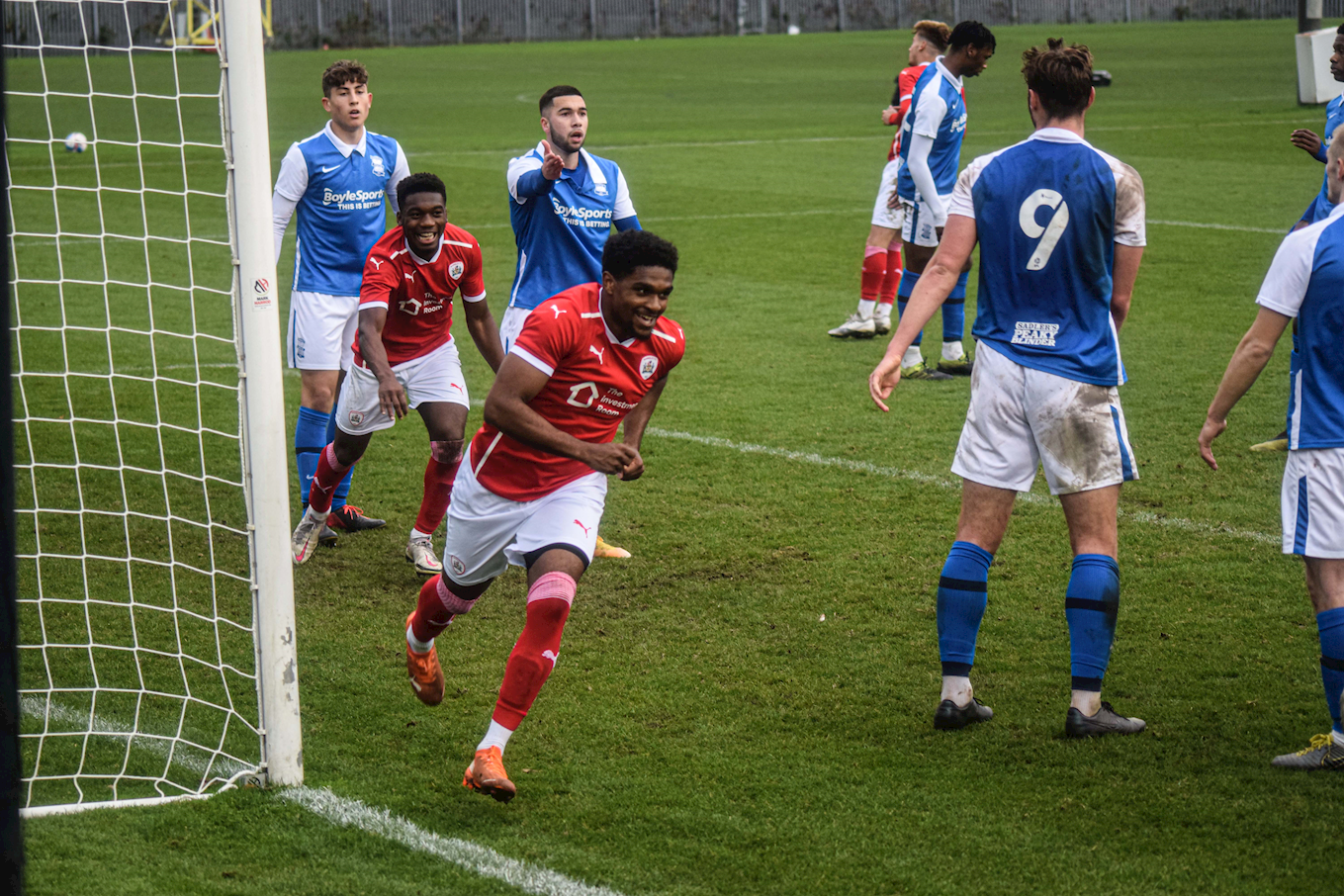 Devaney was naturally thrilled to add Thompson to his ranks and bolster his squad for the remainder of the season.

The young Reds are in magnificent form at the moment with five consecutive wins and this addition will only help our U23s progress.

“I’m really pleased,” began Devaney. “He came in this summer and has done really well, had a little injury but he’s come back and scored two goals in two games, so he’s a good prospect for the under 23s and for the club.

“I think he’s got a bit of everything; he can hold the ball up, bring people into play, he’s a willing runner, is quick and he’s a goal scorer, which is something I haven’t had for a long time – a natural goal scorer. We’ve seen that already in the short spells he’s played, so I think everyone is really excited.

“He’s come from a high calibre, coming from Fulham, so we’re all looking forward to him getting his career going and he’s at the right place to do that.”