With the 20/21 Sky Bet Championship season quickly approaching, you may have a few unanswered questions!

The Reds will 'enjoy' a boot camp at St Georges Park from 17-21 August, with two friendlies against Crewe Alexandra and Newcastle United also scheduled before September.

All footballing activity will remain behind closed doors.

When Will Fixtures Be Released?

The 20/21 Sky Bet Championship fixture schedule will also be released on Friday 21 August at 9am.

The draw for Round One of the Carabao Cup will take place on Sky Sports News on Tuesday 18 August 2020, time TBC.

Round One fixtures are scheduled to take place on Saturday 5 September, but due to the international window may be played on alternative dates.  Rounds Two, Three and Four will be played on consecutive midweeks dates starting 15/16 September.

League competition in the Sky Bet EFL will kick-off on Saturday 12 September, while the regular seasons in the Sky Bet Championship, League One and League Two will conclude on 8/9 May 2021.

Due to the unprecedented challenges facing the fixture calendar as a result of the Covid-19 pandemic and starting six weeks later than usual, the Sky Bet EFL Championship will feature 13 midweek match rounds whilst League One and League Two will have 11 respectively throughout season 2020/21.

The season will culminate in the Sky Bet Play-Off Finals taking place at Wembley Stadium over the Spring Bank Holiday weekend 29-31 May 2021.

Your support has been magnificent over the last months, and that is demonstrated by the 7,500+ that have purchased a membership for the upcoming season.

As mentioned above, we don’t yet have any clarity on when or how supporters can access stadia. But, as soon as we do, supporters will be the first to know.

Can Supporters Watch At Oakwell?

We await further guidance from governing bodies on this matter.

However, numerous departments at the Club are working closely with stakeholders to make Oakwell as safe as possible for everybody, once supporters are permitted access.

Supporters will be consulted on our approach at a digital ‘Fans Forum’ event (date and time tbc).

We are aware that almost 7,000 supporters watched the remaining 19/20 Sky Bet Championship fixtures free of charge.

In short, we hope so. However, we are still awaiting final word from the EFL as a number of external parties are involved. 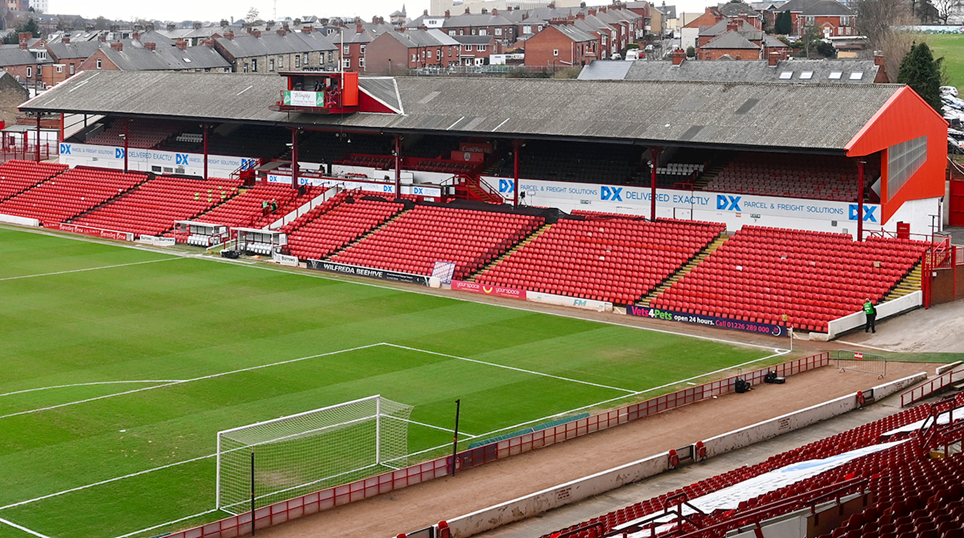 
Following extensive structural inspections of Oakwell Stadium, it has been identified that various remedial works are required to the (DX) West Stand and, to therefore ensure the protection of all...