We caught up with Romal Palmer ahead of the Reds' return to Oakwell for pre-season testing.

The 21-year-old midfielder was one of the shining stars post-lockdown last season, before an injury picked up against Blackburn Rovers ruled him out of the run-in.

With the new campaign around the corner, Romal is thinking positively after an up and down few months for him personally.

“The injury I picked up was obviously quite frustrating, given that I have had previous injuries. But thankfully it wasn't a recurrence of an old one, which is good.

"It was just something that can happen in football. I know I can recover from injuries mentally and physically, I’ve done it before. I will be back better and stronger, there's no doubt about that.

“I feel good, it’s healing pretty well, I am taking each day as it comes. It could be another two weeks, but we'll see. My aim since it happened has been to be back for the start of the new season and I think I can do that.

"I want to make an impression in training before the season starts like I did last time. It’s annoying that I can’t be involved straight away.” 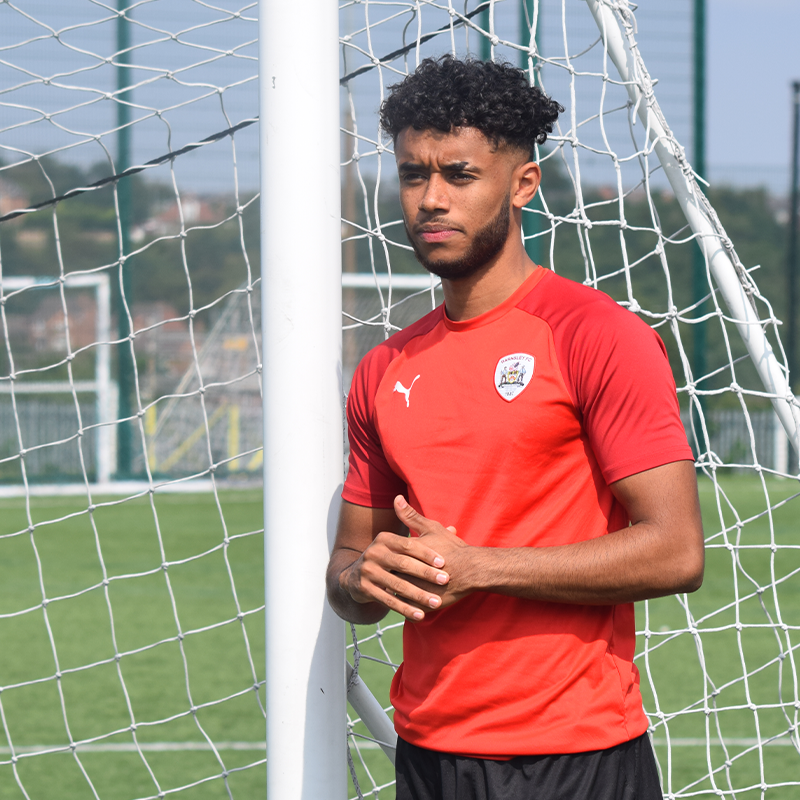 On June 20, Palmer was thrust into first team action, much to the surprise of many, including himself!

He told us: “We were in the meeting room on the day of the game and so I looked at the board and saw my name, and I couldn’t believe it.

"I thought I would be a lot more nervous on the day but I was mainly just excited. The manager told me I had earned it from my performances in training. That gave me a lot of confidence.

"It was a great experience and the result made it even better.

“I was just trying to do my job out there. It was the best debut I could have asked for, except that the fans weren’t there. The Romal from a few years ago would have been thinking ‘what if it doesn’t go well?’ but I've matured as a man and I was just thinking about the positives and I knew I could start my whole career off if I played well.”

Unable to be with his teammates down at Griffin Park for the season finale, with the Reds needing a win to secure Championship survival, Romal admits it was tough to watch, but reckons Barnsley deserved to retain ther status.

“Watching from home, you can’t do much can you? You are just hoping and praying really. I fully believed in the lads so I wasn’t stressing too much but I was a bit nervous watching.

"I have never seen anything like the Brentford game. I was thinking ‘oh no’ but Clarke popped up and everything went off. I think we fully deserved it.”