A new feature for barnsleyfc.co.uk, we are going to ask some familiar faces to name their all-time XI based on footballers they’ve competed alongside.

Up first is Martin Devaney, who played for the Reds for six years between 2005 and 2011, and is now part of the Oakwell academy set-up as U23s coach.

Here is his all-time XI, encompassing his time at Cheltenham Town, Barnsley and Tranmere Rovers.

GOALKEEPER – LUKE STEELE
It was a tough one between Luke Steele and Heinz Muller but, in terms of playing with, I probably played more with Luke and what sticks in my head is the performances in that FA Cup run, so I’m going to go with him. He’s a great kid and I really got on with him, and still keep in touch with him now.

RIGHT BACK – BOBBY HASSELL
Sir Bobby. Obviously, I had a great partnership with him over the years because of our experiences on the pitch and I’ve built a good relationship with his off the pitch. But he was Mr Reliable for Barnsley.

CENTRE BACK – MICHAEL DUFF
I played with Michael at Cheltenham; he was a great character, a leader, a great athlete and he was always destined to go higher. Inevitably, he ended up playing in the Premier League and having a good career, so he’s a definite for me.

CENTRE BACK – STEPHEN FOSTER
This was a tough one, it was between him and Darren Moore, but I’ve gone for Fozzy. Again, because of the time I played, he was instrumental in defence with last ditch tackles, putting his body on the line and his bravery. 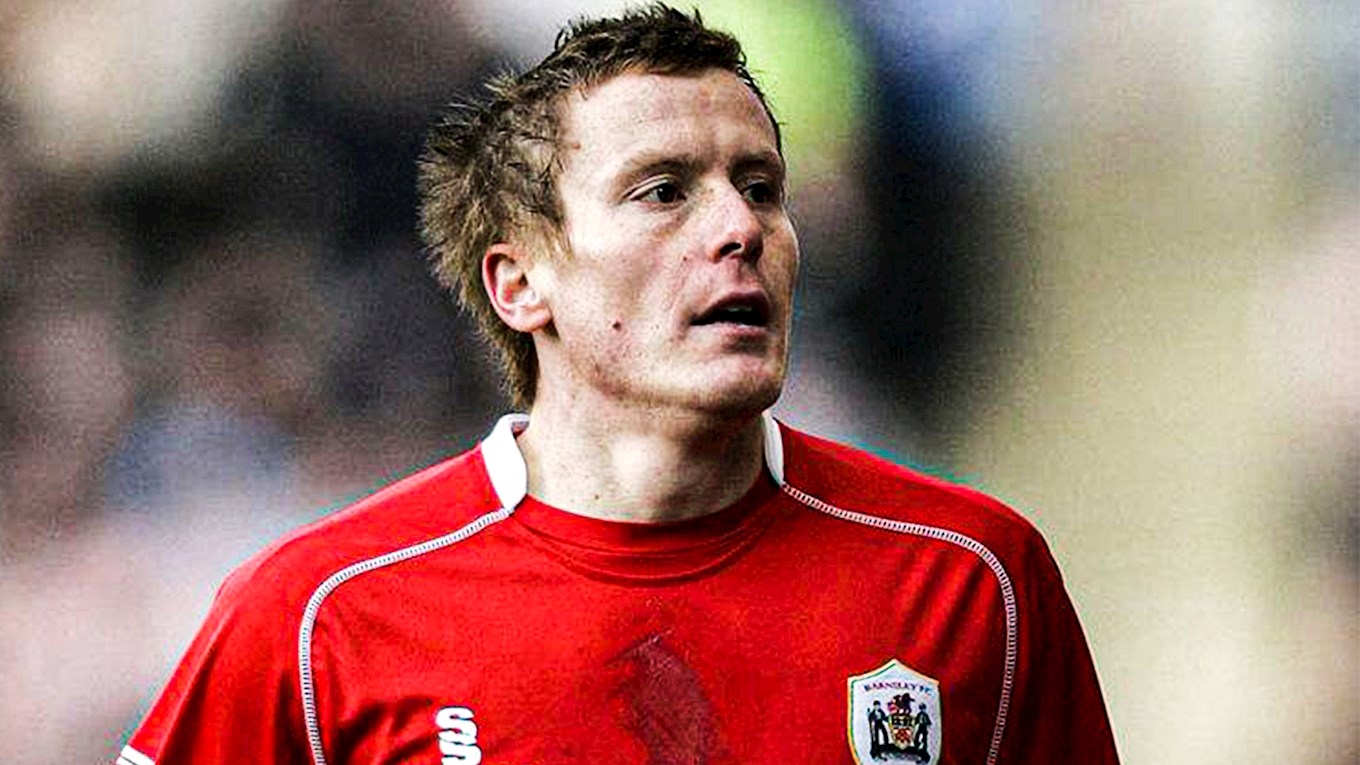 LEFT BACK – ROB KOZLUK
He was a very good player; he used to tell us of his experience in the Premier League with Sheffield United. He wasn’t just a good player; he was an unbelievable character in the dressing room when things got tough, you could always rely on Kozy to brighten up the room but, when he crossed that line, he’d always give you 100% and he was very reliable.

DEFENSIVE MIDFIELD – STEPHEN MCPHAIL
One of the best players I’ve played with, he was always so calm and gave himself time on the ball and made it look effortless. His left foot was a wand and, for me, I was really disappointed when we got promoted that he left because I felt, if he’d stayed the team would have been a lot better and me, being a bit selfish, would have got the ball more and been in those one v one situations. So he is one of the best players I’ve played with.

CENTRAL MIDFIELD – ANDY ROBINSON
I had endless duels with him over the years at Swansea and Leeds, and then I had that year at Tranmere where we were both fit and we were in the play-offs at one point; we were the two key players. He got injured and, subsequently I got injured and we dropped down the league. If we could have stayed fit, Tranmere would have at least got the play-offs and he was a very, very good player.

CENTRAL MIDFIELD – GRANT MCCANN
We didn’t see his best times at Barnsley but, certainly the times I had at Cheltenham with him he was a mass winner and a dead ball specialist. Similar to McPhail, he really understood the game and had wand of a left foot. If the game was tight, he had that ability to unlock defences.

ATTACKING MIDFIELD – IAIN HUME
I had a couple of duels against him growing up in League One and League Two, and then we signed him from Leicester for over £1million. He was a top player and could unlock defences with his passing ability, could beat them one v one and his finishing was second to none; he scored a lot of goals. Top player. 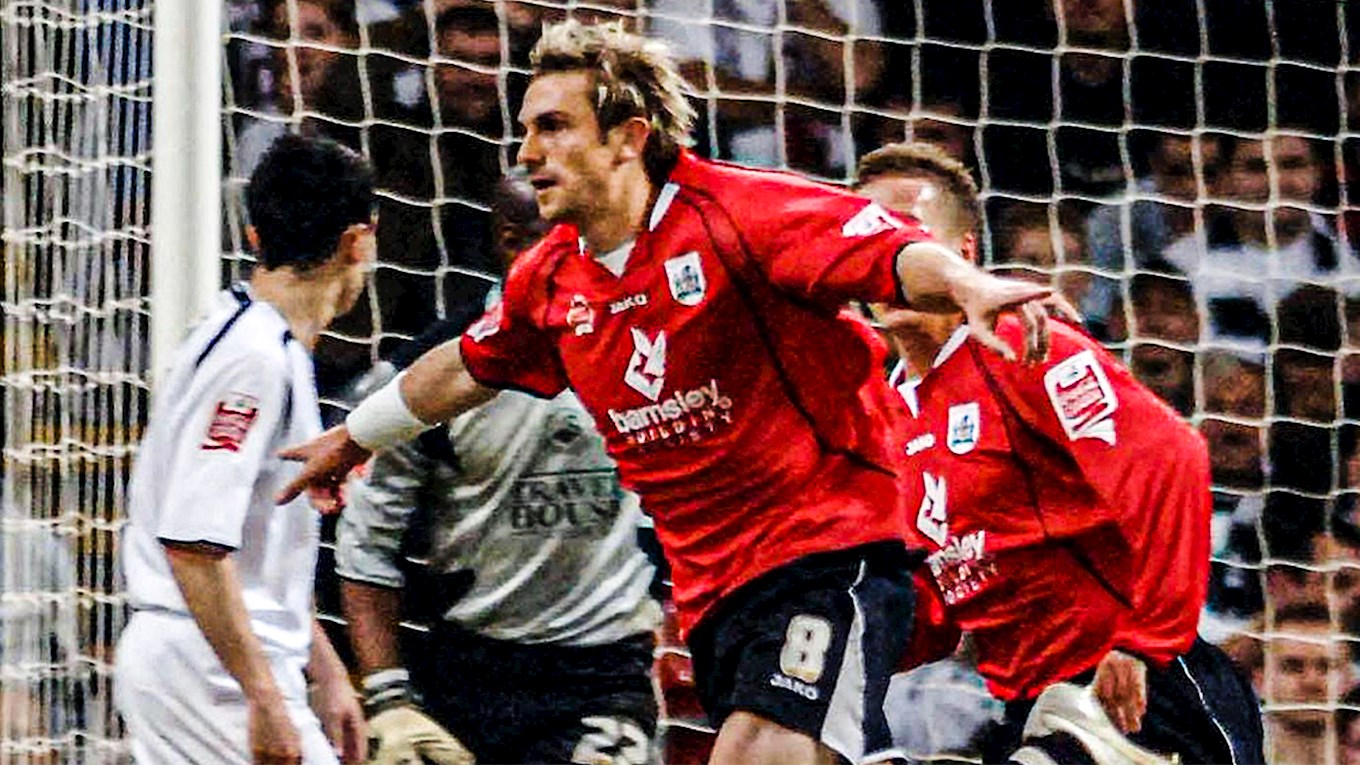 CENTRE FORWARD – PAUL HAYES
For me, the year we were in League One and got promoted, he was instrumental and scored a lot of goals. I really enjoyed playing with him.

CENTRE FORWARD – JON MACKEN
He played in the Premier League and came with a hefty price tag – I think Man City paid more than £5million for him. For me, as a winger, he held the ball up really well and you knew he’d look after it. He was intelligent in terms of his movement; when you put balls in the box he was always trying to get on the end of things, so he was another one who I really enjoyed playing with.

MANAGER – ANDY RITCHIE
This was a tough one really, we had good times at Cheltenham under John Ward and Steve Cotterill. Then we had that unbelievable cup run with Simon Davey at Barnsley and I had great times with him. But for morale, team spirit and the skill set he had there to get us promoted, I’m going with Andy Ritchie.


Fresh from making his return to action last weekend, Luke Thomas made an immediate impact with two assists as Bristol Rovers eased to a crucial 3-0 victory over Carlisle United in Sky Bet League Two.