Club Historian, David Wood talks us through the events surrounding our major trophy success on the 108th anniversary of the 1912 FA Cup Final.

When Barnsley won the Cup 108 years ago today, they created two football records that last to this present day. Firstly, they played 12 games in lifting the trophy and secondly they played 12 professional games in a calendar month.

Barnsley’s style in those days was due in no uncertain terms to the training of ‘Sergeant Major’ Bill Norman who had a long military background. He never played football professionally but he was schooled in fitness drills and keeping athletic bodies at their peak. Training mainly consisted of running, running and more running with a complement of other stamina building exercises. It was figured, that regardless of an oppositions superior skill level, they could be beaten by physicality, robustness and discipline. The team developed a dourness to their defensive play that was built to give the opposition nothing and in the years 1910 to 1912 they became the finely tuned, footballing machine that would grind out results with the minimum attacking intent. Of their 12 FA Cup ties played in 1912, six matches ended in 0-0 draws. The remaining six ties saw just three goals conceded and of these, two came in a 3-2 extra-time victory over Bradford City at Bramall Lane. 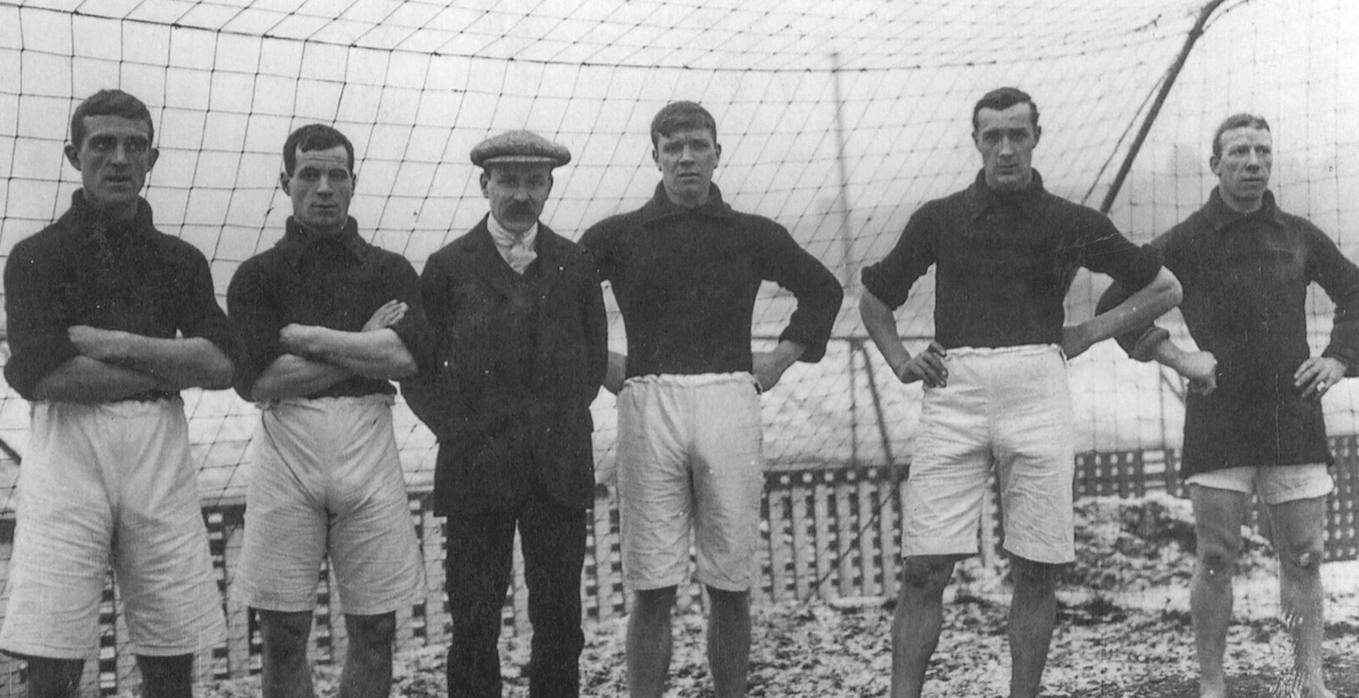 Barnsley were not winning friends with their tactics and the punishment dealt out to Swindon Town’s England centre forward Fleming in the Semi-Final drew criticism from the press of the day. This newspaper hostility continued in the Semi-Final replay when it was learnt that Fleming would not take part due to his sustained injuries and the reduction of Kay, the Swindon back, to a mere walking passenger after just ten minutes of play added more fuel to the fire.

Going into the month of April only one team in the Second Division had lost fewer games than Barnsley and only one team had conceded less goals, so the Reds were handily placed for a promotion push but they were also facing a fixture pile-up. They still had nine league games to complete their season and both the Football Association and the Football League were adamant that all competitions should be completed by the end of the month, so given the previous results, it should have been no surprise that the Final at the Crystal Palace on the Saturday should end in a 0-0 stalemate. Normally, the players would have taken it easy in the run up to the Wednesday afternoon replay but given the impending month end, Monday afternoon saw them play and lose a league fixture to promotion rivals Derby County at Oakwell. Thoughts of playing a weakened side in this fixture could not be entertained as prior to the Swindon Semi-Final they had made such a move and were currently awaiting an FA disciplinary charge. A couple of days were spent recuperating in Matlock on its completion and the players returned to South Yorkshire on the Wednesday for the final. Incidentally, West Bromwich Albion also had a league fixture between the finals and fielded an entire reserve eleven which later accrued a fine of £175. 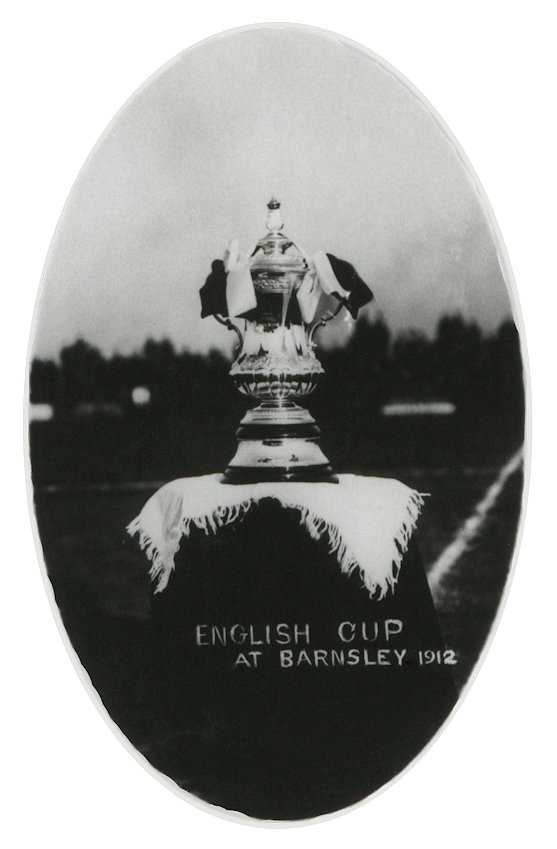 Naturally, the Final was a tight affair and with just two minutes of extra time remaining the fixture crisis had moved on to extreme. The second replay was planned for the Tuesday at Everton but before this matter could be addressed the Reds had fixtures for the next day (Thursday), the Saturday and the Monday. The only bright spot to this would be that Albion would be playing the same days plus a match on the Friday. Luckily, as we all know, this didn’t come to pass. With Albion attacking, George Utley seized the ball in the left half position and played a pass onto the toe of Harry Tufnell who was standing at the half-way line. Jesse Pennington, the England international came in for the challenge but Harry swerved past him and made for goal. It was here that a lesser man would have fouled Tufnell and conceded a free-kick for the team but the West Bromwich back was a man of principle. In the 30 yard race that followed, the Barnsley forward sped ahead, all the time being aware of Cook’s attempt at closing him down and Pearson the advancing Albion ‘keeper. Every stride seemed to change the situation, should he shoot, should he round the keeper, the crowd were in a state of pandemonium. Eventually, Tufnell shot and straight as an arrow, the ball sailed into the empty net and the cup was won. In the mayhem that followed, Harry was mobbed by his teammates; Bob Glendenning became so ecstatic that he bit clean through Harrys ear and as the blood gushed forth he was heard to say “Tha can put a ring in theer Tuffy”.

News of the victory soon reached Barnsley and crowds of well-wishers lined up along Sheffield Road in anticipation of seeing the returning heroes. On entering the outskirts of the town, a band joined the entourage for the slow journey down towards to the Clarence Hotel (the Barnsley FC Headquarters) for a celebratory dinner. Briefly, the silver prize fell from Archie Taylor’s grip to the ground as he was showing the cup to the crowds. Thankfully, the damage was minimal and it was quickly back in the captain’s hands but Barnsley were later sent a jewellers bill for its return to a pristine condition. From the balcony of the Clarence many speeches were given to the crowds thronging outside and a long night of celebrations began which were remembered for many a year. 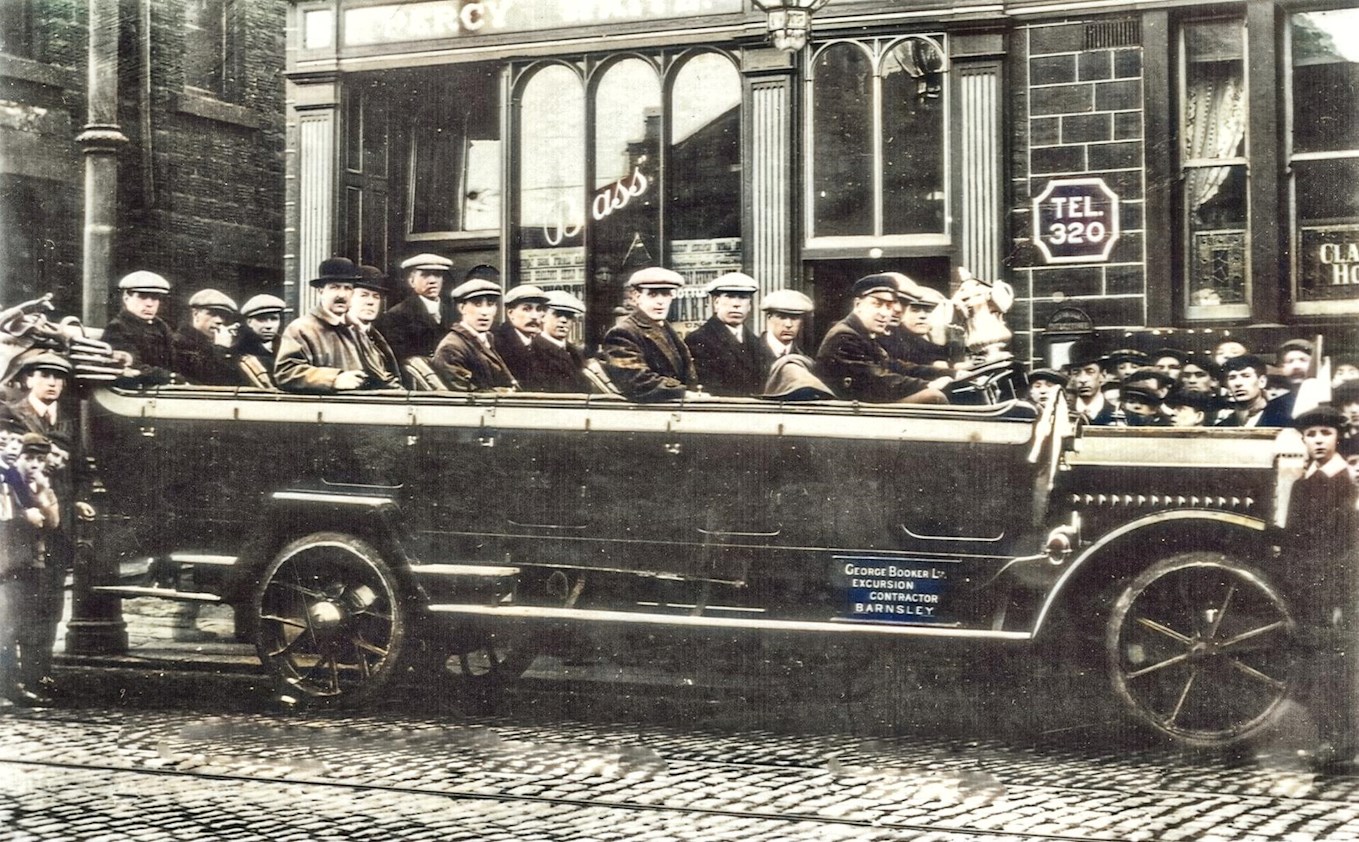 
Speaking after our goalless draw with Nottingham Forest on Saturday, Luca Connell was pleased to have completed 90 minutes ahead of the new campaign.


On the 108-year anniversary of our major trophy success, we are digitally inducting the 1912 FA Cup winners into the Oakwell Hall Of Fame! 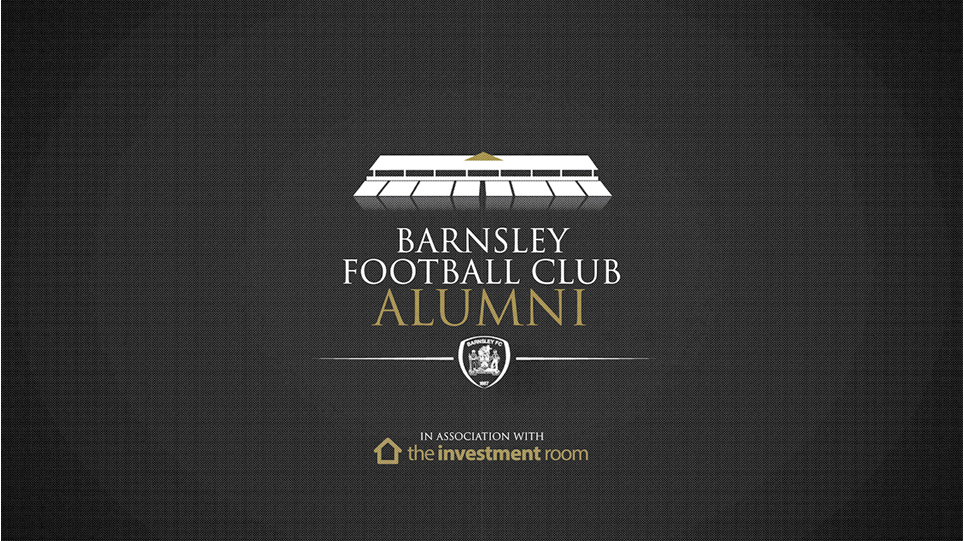 
We are delighted to announce the launch of the Barnsley Football Club Alumni.