The young Reds ran out 3-1 winners at the Oakwell Training Ground, with goals from Dylan Mottley-Henry, Chris Sang and Jack Sherlock enough to seal all three points.

“I’m delighted; I thought the players showed real character with their willingness to put their bodies on the line and dig in as a team,” said Devaney. “Things were going against us a little bit, but they showed their character and, to a man, were excellent.

“Colchester had a few players with league experience – only 21 or 22, but have played in League Two – so it was always going to be a test, but they dealt with it well.

“Credit to the players, they took to the press really well because Colchester started off with a 3-5-2 and they hadn’t played that system this year – we were expecting two other systems – so they reacted really well to that.

“Because the press was so good, Colchester had to change their formation, so that’s credit to the players and their approach to the game and pressing on the front foot.”

Barnsley got off to the perfect start when Mottley-Henry converted from close range after being picked out by on-trial Moussa Solimare. 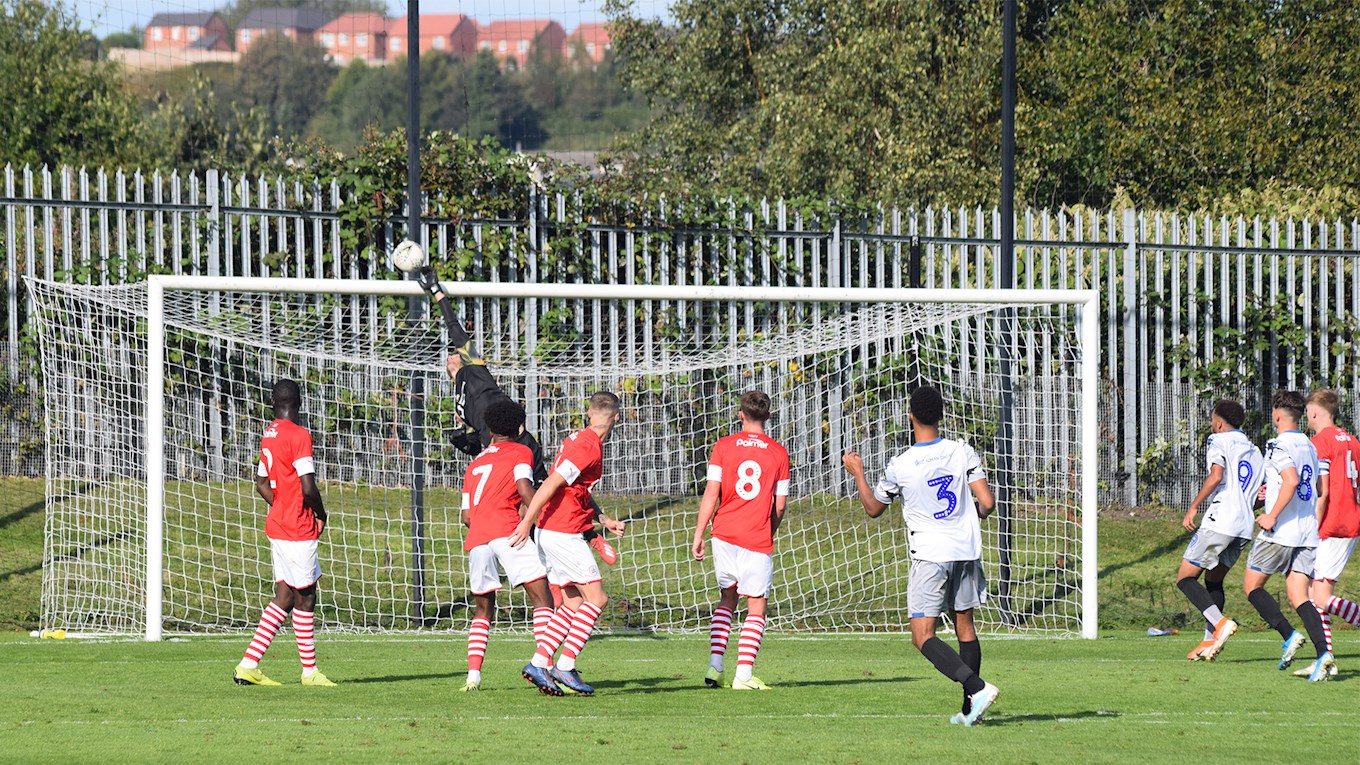 Despite being pegged back by the U’s, Devaney’s side responded instantly through Sang before killing the game off late on when Sherlock bagged his first goal at U23 level – becoming the young Reds’ seventh different scorer this season.

“The early goal is key,” insisted Devaney. “My message always is to stamp your authority on the game in the first 10 or 15 minutes in terms of work rate, individual battles and how you approach the game – that you mean business.

“The amount of goals that we’re scoring is really pleasing and all the players have bought into the high press and philosophy. Consistency is key now and staying positive; it’s a long season and there’ll be ups and downs, but I’m enjoying it and I think the players are, too, because they’re turning out performances and winning games.”

As a club, Barnsley is always willing to give opportunities to players who perform consistently at younger age categories.

Sherlock already has two goals to his name at U18 level this term, while strike partner Aiden Marsh has plundered three himself, and Devaney says that players from Tom Harban’s squad will continue to get their chance if they are impressing.

“There has to be competition – there’s no favourites,” said the U23s coach. “Aiden has been doing great and has been rewarded, but Jack is really pushing him now. He’s scoring goals in the under 18s and needs to be rewarded with his performances and it’s creating healthy competition.”

You can watch the extended highlights from our U23s 3-1 victory over Colchester United on iFollow Barnsley.