Chris Stern believes the Reds are still confident as we head into the weekend clash with Nottingham Forest.

Despite the Reds still searching for their first win since the opening day against Fulham, First Team Coach Chris Stern has been impressed with the team's performances over recent weeks and believes it is only a matter of time before Barnsley start to pick up points once again.

The Reds are looking for a first win on the road this season, and Stern insists there are signs that the Barnsley of old are back and says hard work during the international break has paid off after an impressive display against Leeds on Sunday gave encouragement for the rest of the season.

Barnsley make the short trip to Nottingham Forest on Saturday, looking to end their barren spell on the road, but Stern hopes his team can carry on with the same intensity shown in the last two matches against Wigan and Leeds respectively.

The First Team Coach said: “We started well at Wigan; we had a good game considering the number of players we had out. Then, during the international break we worked hard as a team. The performance and intensity from the Leeds game is the standard we need to have every week. We can definitely say from those last two matches that we have our Barnsley team back.

“We are pleased with the performances, we came close to grabbing a point and maybe even winning against one of the best sides in the league, so this makes us confident and we need to carry on playing like we are doing.”

Scoring goals has been somewhat of a difficult task for the Reds over the course of the campaign so far, however Stern isn’t concerned and says the team have been working on finishing clinically in training.

“We maybe could have scored [in the game against Leeds], but we’re confident we can go out and do that this weekend. It’s good that we are getting in positions to score from, but on the other hand, we need to start putting those chances to bed. We’ve been working on it in training, but the good thing is that we do create opportunities and if we carry on like this long term, we know that we will score.” 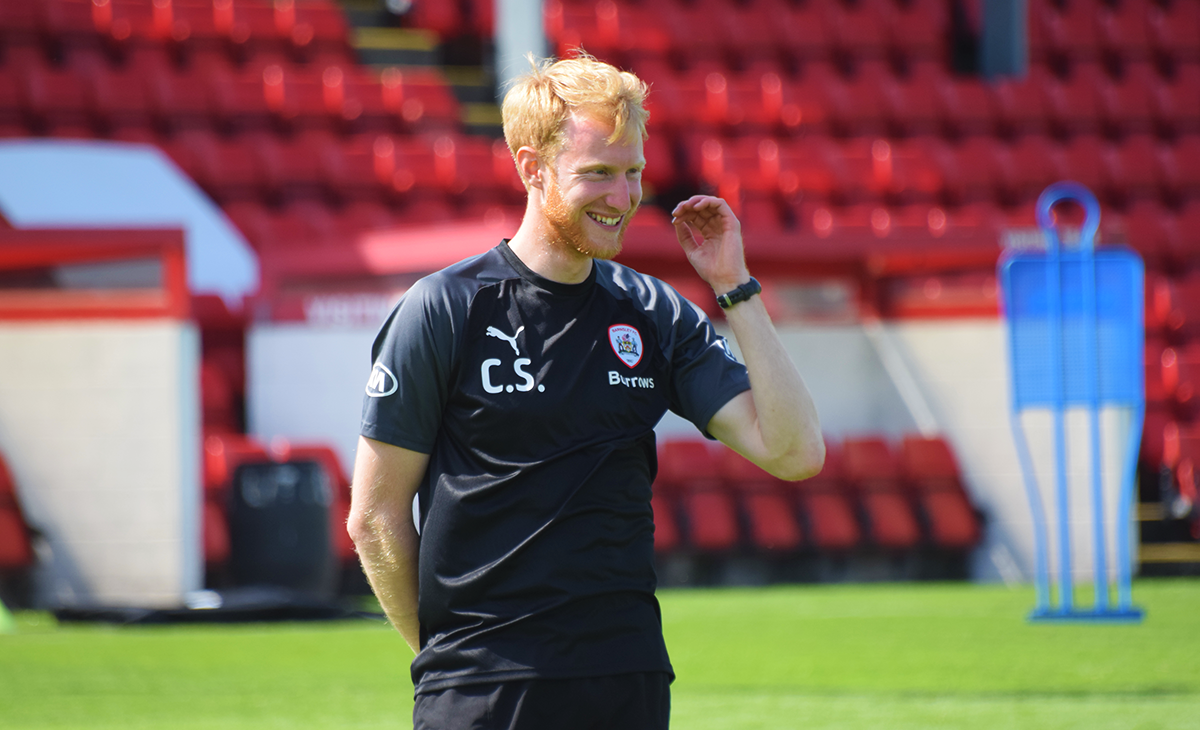 This week, the Reds also announced that youngster Jordan Helliwell put pen to paper on a new three-year deal at Oakwell which will see him stay with the club until 2022.

The 18-year-old defender is highly thought of in the academy and has already been part of the first team this season after appearing on the club’s pre-season tour of France and Germany over the summer.

Stern has been impressed with Helliwell’s ability and heaped praise on the young defender following the news of his contract extension.

“He’s a good kid with a good mentality. He’s been in the Barnsley Academy for years, we had him during pre-season and he’s doing his job very well on the pitch. Off the pitch, he’s got a clear head and knows what he wants. The contract is a reward for all of his recent work, and we are all very happy he made the decision to stay at Barnsley.”

However, Barnsley’s attention now turn back to the weekend ahead and the highly anticipated encounter with Nottingham Forest, a team who sit 10th in the Sky Bet Championship table.

Forest, managed by Frenchman Sabri Lamouchi, have been on a decent run of form of late and are unbeaten in their last eight outings in all competitions, so Stern expects another tough challenge on Saturday.

He said: “They are statement team. They are a proper Championship club that have had some great results recently. They beat Swansea 1-0 last weekend, so it’s going to hard for us to travel to Nottingham, but we are confident in our own ourselves. They are on a good run; however, we want to win again, and we are looking forward to a good game.”