The Reds are back in Sky Bet Championship action this coming weekend as we welcome local rivals Leeds United to Oakwell - it's time for the preview.

It's back down to business for Barnsley this weekend following the September international break.

Reds Head Coach, Daniel Stendel will be hoping his young side can build on the performance put in last time out at Wigan Athletic. 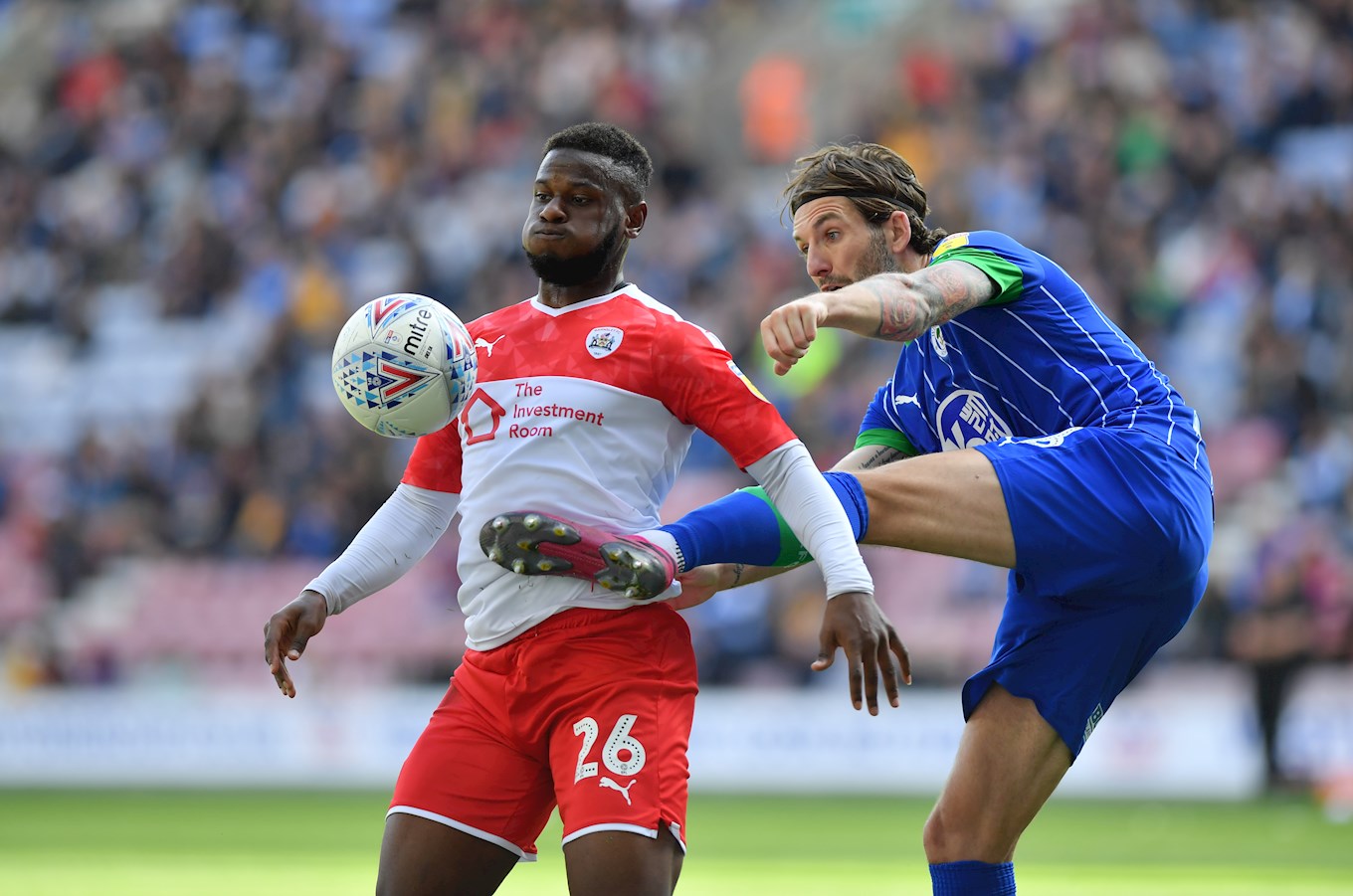 That 0-0 draw at the DW Stadium ended a difficult opening month of the 2019/20 campaign where results were inconsistent and injuries began to mount.

Stendel probably welcomed the break for that reason alone.

It remains to be seen which of those players will be available, if any, ahead of Sunday's 12:30pm kick-off against the Whites.

Stendel did shed some light on the fitness of the squad when he spoke to the press in midweek, and you can watch his full pre-match press conference video, along with getting midfielder Alex Mowatt's thoughts on coming face-to-face with his former club over on iFollow Barnsley.

Sunday's visitors from West Yorkshire come into this fixture having won four of their opening six games this season.

However, the Whites did lose last time out when Swansea City left Elland Road with three points thanks to a late smash and grab winner.

Still under the guidance of world-renowned coach Marcelo Bielsa, Leeds are in the second automatic promotion spot going into the second month of the campaign and the Argentine will be hoping his side can maintain their form for a full season having witnessed his men collapse at the back end of last term and ultimately fail to earn a promotion that looked a certainty at one point. 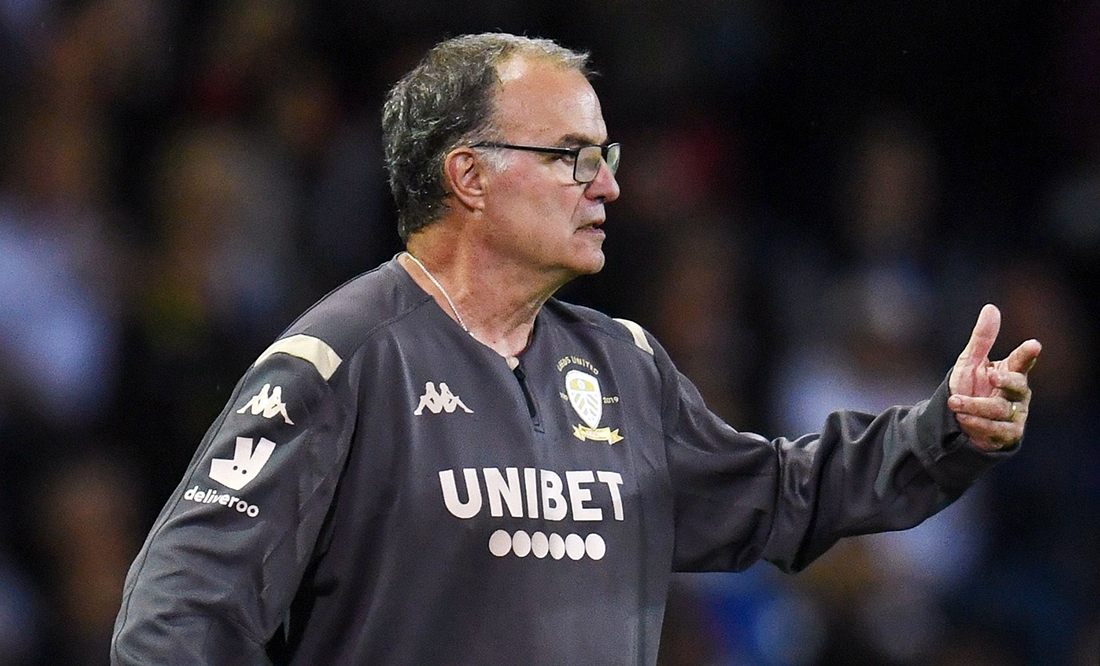 The playoff semi final defeat against Frank Lampard's Derby County was dramatic and pretty much summed up Leeds' recent years in the second tier where they've made a habit of throwing away great opportunities to finally reclaim their top-flight status.

It's been 15 years since the Whites graced the Premier League but there is a real feeling that 2020 will be 'their' year and their start to this season would back up such confidence.

Our opponents on Sunday have edged meetings with the Reds in recent years.

Leeds did the double over us the last time we met in the Championship; a 2-1 victory at Elland Road helped send Barnsley down whilst the Whites' 2-0 win at Oakwell earlier in the season flattered the Reds somewhat in all honesty. 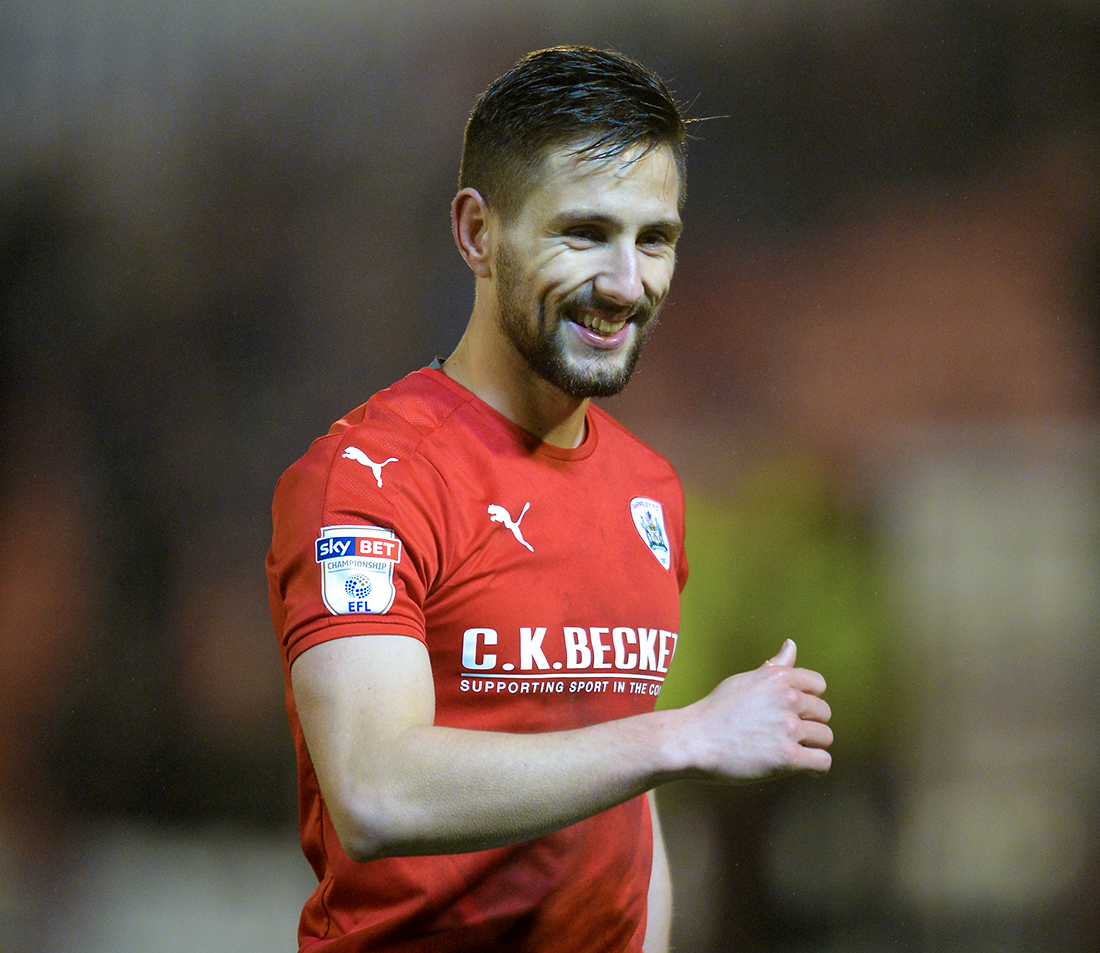 You've only to go back to January of 2017 for our last home victory against Leeds. In what proved to be the final appearance in Red for Conor Hourihane, he won the game for Barnsley with a 20-yard free-kick in a 3-2 win in front of the Sky cameras.

Between 2006 and 2011 the Reds really had the Whites' number in this Yorkshire Derby.

Six games unbeaten with 5-2 and 4-1 victories thrown in there for good measure.

In terms of players to watch, look no further than Spanish maestro Pablo Hernandez who continues to play football a level below his ability. 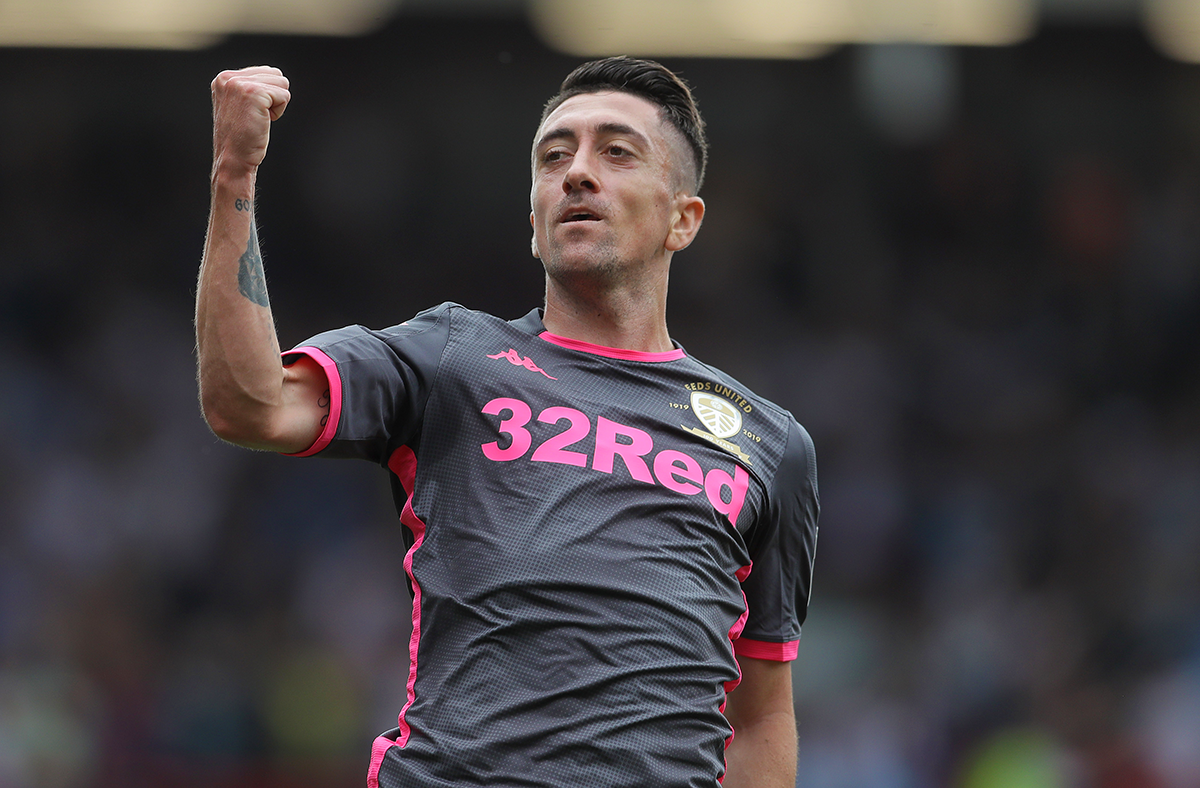 The 34-year-old former Valencia playmaker has already created a handful of goals this season whilst notching two for himself.

Up front the Whites have seen former Chelsea man Patrick Bamford score four times in the Sky Bet Championship and he is a proven threat at the level.

The departure of Pontus Jansson from the heart of the Leeds defence doesn't seem to have affected the Whites adversely so far this season with Brighton & Hove Albion's on-loan central defender Ben White starring in Bielsa's defence alongside the experienced Liam Cooper who has spent the last week on international duty with Scotland.

In the Reds squad there are a number of players who've moved to Oakwell from Beeston in recent seasons, including Mowatt who will face his former club for the first time since leaving in January of 2017.

This summer, Stendel brought all of Aapo Halme, Clarke Oduor and Mallik Wilks to Barnsley from Elland Road and all three are in contention this weekend and will no doubt be extra motivated to put in a good showing. 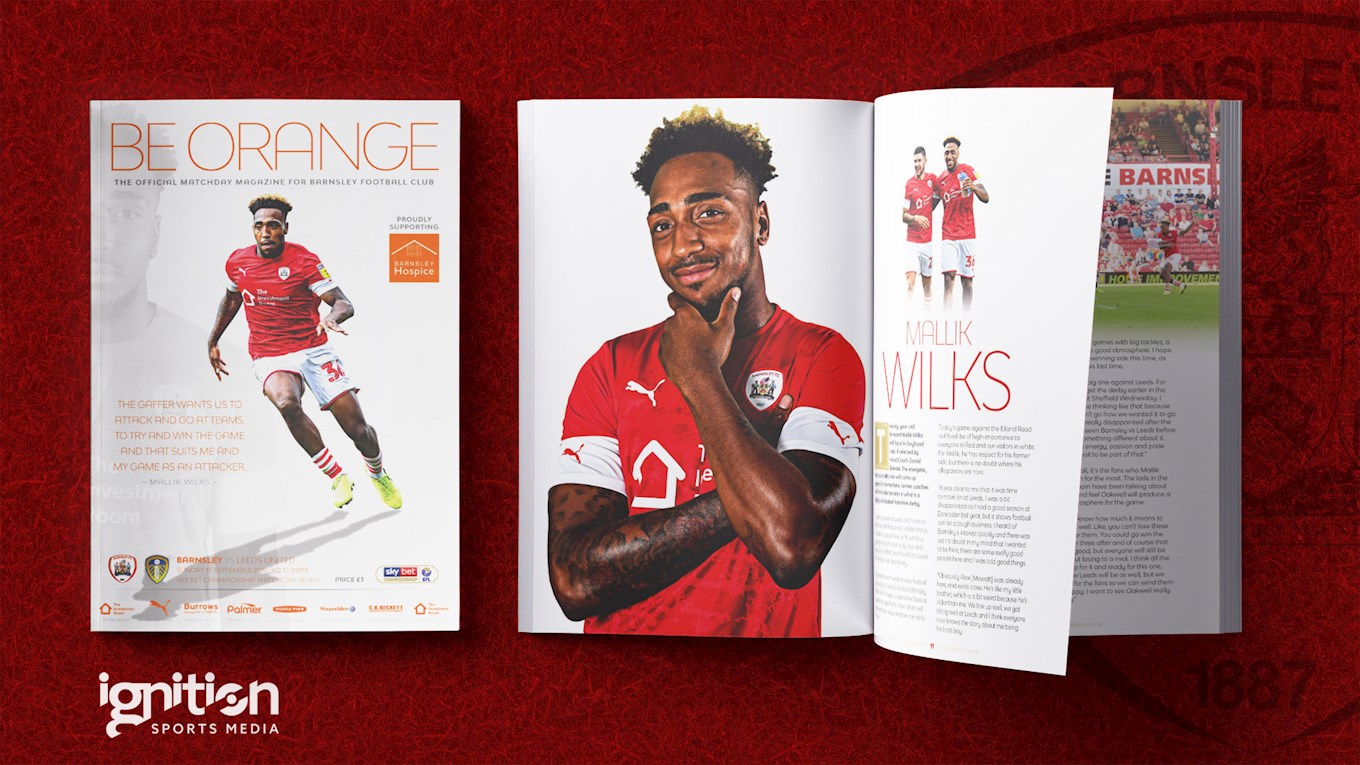 Wilks is the focus of our official match programme for this match and he speaks at length about his time at Leeds and his reasons for signing with the Reds this summer.

You can pick up your copy from in and around Oakwell this Sunday, priced at just £3 and supporting Barnsley Hospice hence the one-off name change and colour scheme!

If you aren't able to join us in person this weekend, be sure to subscribe to iFollow Barnsley for LIVE and uninterrupted commentary from just before kick-off. 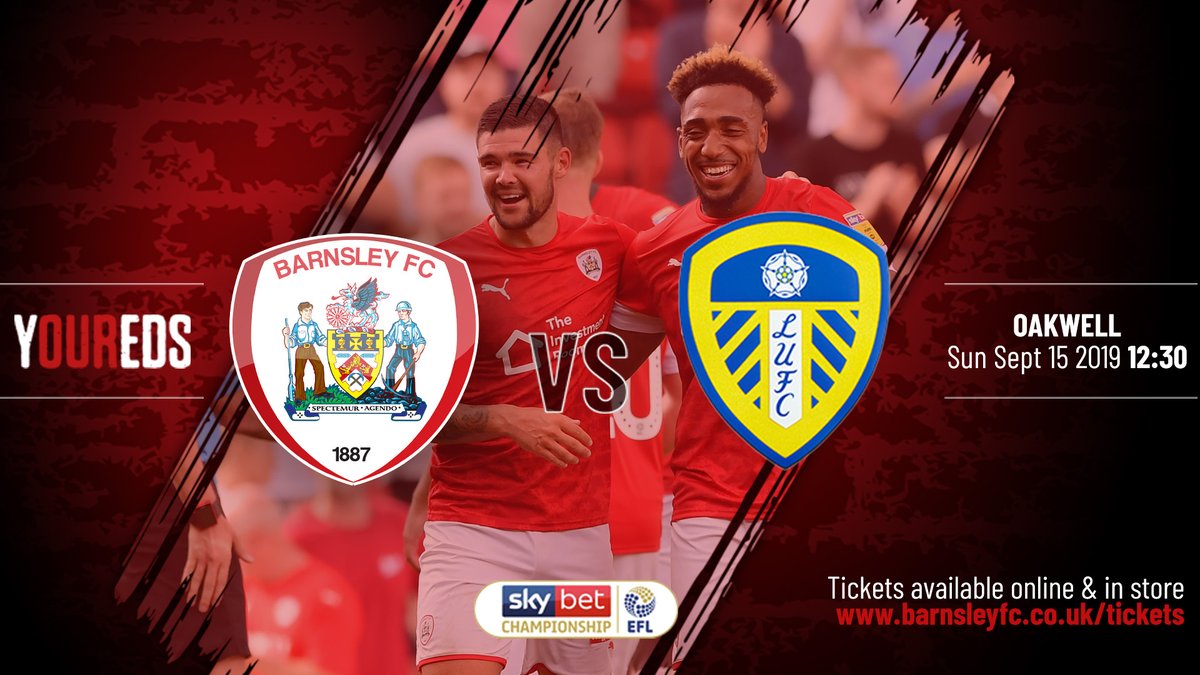