Kenny Dougall took to the field for the first time in more than six months on Friday as he continues his recovery from a broken leg sustained in a 0-0 draw with Doncaster Rovers last season.

The Reds’ midfielder played 90 minutes for our U23s against Nottingham Forest and came through unscathed as Martin Devaney’s side suffered a 5-1 defeat in the Professional Development League.

“I feel great; it’s good to finally get some football back in my legs - it’s been a long time,” said Dougall after the game. “We’re obviously a little disappointed with the result, but it’s just good to be back on the pitch.”

Our tough tackling midfielder was in the thick of things at the Wilford Lane Training Ground – characteristically strong in the challenge and dictating play from the holding position.

The game was another milestone on his road to recovery; a first hurdle successfully negotiated as he bids to make his first team comeback as soon as possible.

“The more I train and play, the more confident I’ll get. It’s one of those – after a big injury, it’s a confidence thing coming back and I feel confident now, so I’ll just take it day by day and see how it goes,” continued the Australian.

“I need to take it week by week – I do feel fit, it’s just getting back up to Championship speed is a little bit different. It’s a league I’ve never played in, but I feel confident going forward.”

Dougall also reserved special praise for the Reds’ medical team, who have been with him every step of the way through his rehabilitation programme. 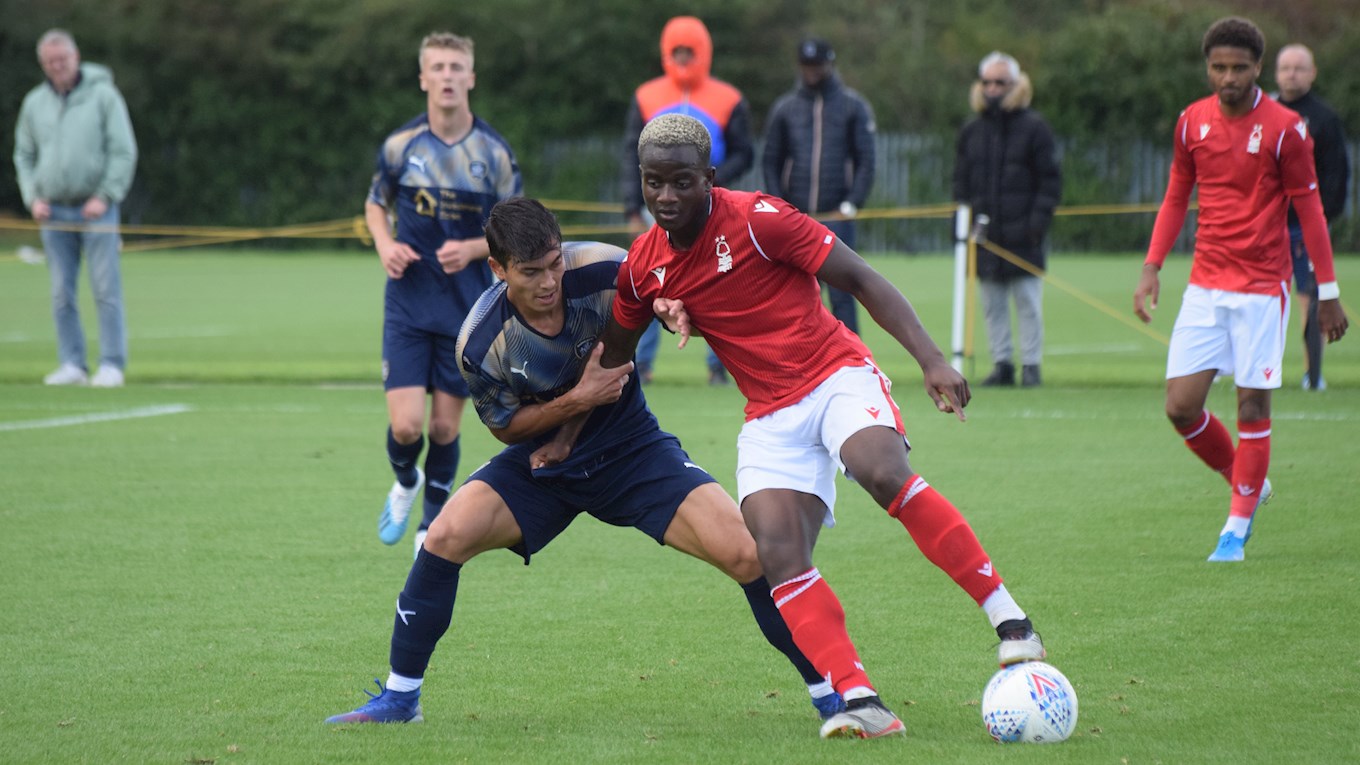 The 26-year-old travelled with the squad on pre-season and was often seen working with Craig Sedgwick and Vikki Stevens behind the scenes on iFollow Barnsley while in France and Germany.

“Those two have been great helping me along the way,” insisted Dougall. “Initially, when it first happened, they helped me out by coming to my home, so I can’t be more grateful. Now, hopefully, that’s behind me and it’s only the Gaffer I have to worry about!

“I’ve only been back in full training for the last week. It’s been tough because a lot of it is by yourself – you want to be involved with the boys. But I’m back fit and it’s just a matter of continuing that.”

Reflecting on that Friday evening back in March, it is still amazing that Dougall attempted to carry on playing in spite of his injury.

The midfielder was eventually replaced by Zeki Fryers after 18 minutes as the Reds went onto claim a priceless point against play-off chasing Doncaster.

“In hindsight, it probably wasn’t the smartest thing to do but, at the time, with the adrenaline, you don’t really feel it that much,” admitted the former Sparta Rotterdam player.

“It’s one of those things, when it happened, I didn’t think it was that serious, but, obviously, it turned out to be a bit longer than I thought.”

As well as continuing his return to fitness, Dougall has spent time at other sporting events this summer – most recently attending the Ashes.

The Australian cheered on his fellow countrymen during the fourth test at Old Trafford and was, understandably, delighted with the result.

“The fifth test was a bit disappointing not to win the series, but we took home the Ashes and that’s a job done.”