Supporters and those using the town centre are advised of changes to the Jumble Lane crossing for the 2019/20 and 2020/21 football seasons until the new Market Gate Bridge is installed.

As part of the ongoing operation, please note the following changes will be in place at Barnsley Interchange:

In addition, a number of closures to roads and access points will be in place from half an hour before the planned end of the football match until approximately an hour after full-time:

- Part of Eldon Street North will be closed in both directions between its junction with Schwabisch Gmund Way and the Interchange entrance with diversions via Old Mill Lane, Huddersfield Road, Church Street and Regent Street.
- Parts of Pontefract Road will be closed.
- Access on Schwabisch Gmund Way will be one-way (south only) towards Harborough Hill Road.
- Harborough Hill - Northbound off and Southbound off exit slip roads will be closed.
- Entry and exit of Market Gate car park will not be permitted between 4.30pm and approximately 5.45pm for Saturday 3pm matches. If you park here, you will not be able to leave during the times of the closure.

Bus services will also be diverted during this time: inbound via Harborough Hill Road, Old Mill Lane, Church Street and Regent Street, outbound via Eldon Street, Market Hill, St Mary’s Gate, Old Mill Lane, Sheffield Road.
Supporters are reminded to use the designated and installed crossing points on the roads for their own safety and the safety of other match-going fans.

Market Gate Bridge will link the existing public transport and the Market Gate car park to The Glass Works as part of the redevelopment of Barnsley town centre. It will be fully accessible and will accommodate footfall on match days.

Barnsley Council and South Yorkshire Passenger Transport Executive apologise for any inconvenience this may cause and thank you for your patience. 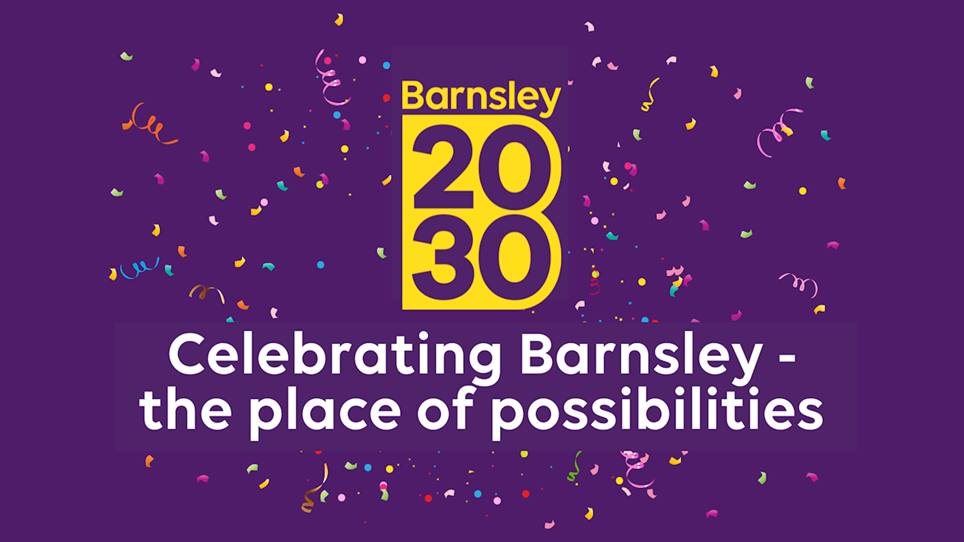 CELEBRATING BARNSLEY - THE PLACE OF POSSIBILITIES


Wednesday 22 June marks the first year anniversary since the launch of Barnsley’s vision and ambitions.