Barnsley Football Club can confirm that Jordan Helliwell has signed a new contract.

The versatile youngster – who turns 18 later this month – has put pen to paper on a three-year deal that will keep him at Oakwell until at least 2022.

Highly thought of by Reds’ coaching staff both within the academy and senior set-up, Helliwell was part of Daniel Stendel’s pre-season training camps in France and Germany.

He made three substitute appearances over the summer, featuring against Stalybridge Celtic, SC Toulon, and DSC Arminia Bielefeld.

“Obviously I’m absolutely delighted because it’s my dream to be a professional footballer,” said Helliwell, who made his first team debut in last season’s 2-1 Checkatrade Trophy victory over Bradford City in November.

“I wasn’t expecting to be on the pre-season tour and some of the other younger lads were there as well to make it a good experience for me. 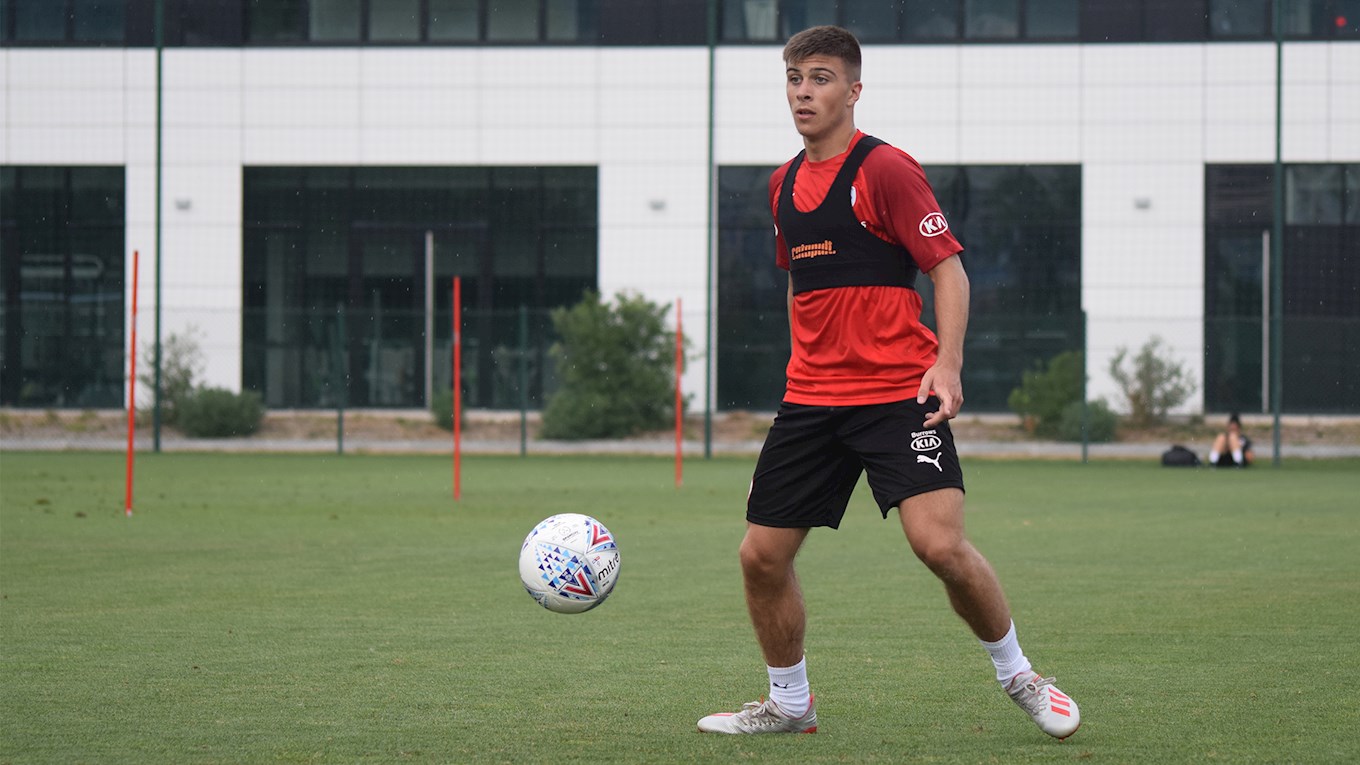 “The first team coaches obviously think that I’m doing something right, so it’s up to me to prove that I can reach that standard. I think that the Gaffer has confidence in my ability, so it’s a really good feeling.

“It’s a three-year deal so I’m looking to push towards the first team and see where it leads me.”

After suffering a minor injury at the start of the campaign, Helliwell is working hard to get back to full fitness and make his mark in Martin Devaney’s U23 side.

The youngster featured 13 times in the Professional Development League last season after making an early step-up from U18s football, and is raring to get back playing.

“I have had a little setback with injury, but I’m back training with the under 23s every day and trying to get back to fitness as soon as I can,” continued the 2017/18 Academy Player of the Year.

“I want to try and secure my starting spot in the under 23s and, if I get a chance with the first team, show them what I can do.”


We caught up with defender Mads Andersen to get an update from the big Dane about the unique situation we find ourselves in at present.