Barnsley U23s eased to a 5-2 victory over Birmingham City in the Professional Development League on Friday afternoon.

Elliot Simoes continued his fine start to the campaign with another two goals, while Clarke Oduor’s brace was added to by Mamadou Thiam’s fine finish.

The visitors replied late on through Austin Modina and Josh McEachran, but the young Reds had already sealed an impressive win at the Oakwell Training Ground.

Both Thiam and Styles had golden opportunities to extend the lead, while Green also flashed a couple of low balls across the face of goal.

However, Barnsley wouldn’t be denied a second and it duly arrived when Oduor was on hand to head home from close range after Ramos had saved Thiam’s initial effort.

City looked to muster a fightback after the interval and almost pulled a goal back immediately when Odin Bailey’s strike from 20-yards rattled the crossbar.

Joe Redmond then missed a gilt-edged opportunity to reduce the arrears as he somehow headed over, unmarked, from inside the six-yard box.

The visitors were made to rue those missed chances moments later when Thiam finally got the goal his performance deserved, confidently finishing into the top corner from close range.

Simoes then rounded off a sublime team move midway through the second half as he expertly controlled the ball before firing an unerring strike into the roof of the net for his eighth goal of the season.

With time running out, Birmingham netted a late consolation when Modina tapped in at the far post before McEachran’s cross looped into the far corner.

It was, however, too little too late for City, as the Reds picked up all three points with a convincing performance. 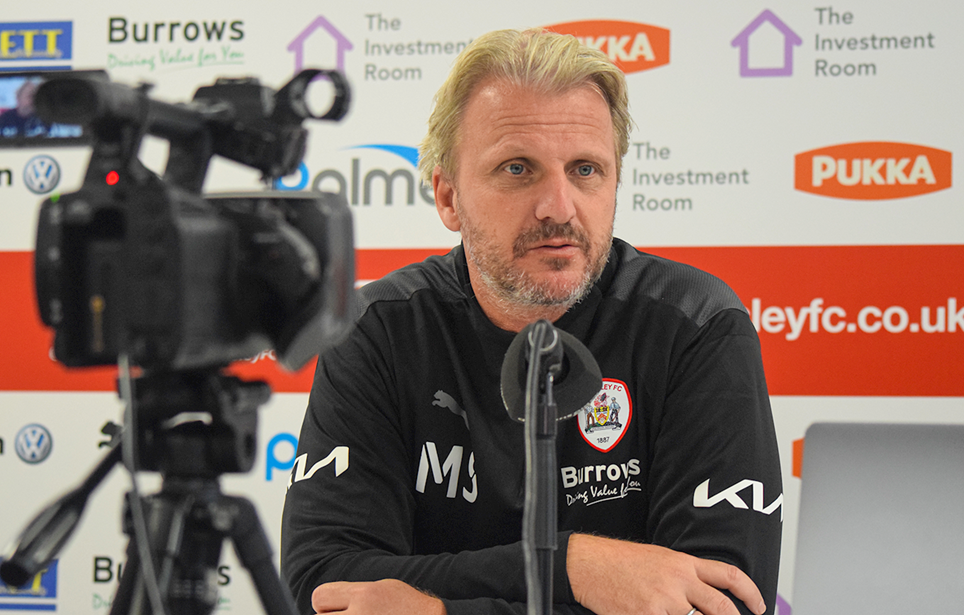 
Our Head Coach helped us look ahead to Saturday's clash with Blues here at Oakwell.


Supporters living in the UK and overseas can listen to today’s game at Oakwell live on iFollow Barnsley.