Barnsley U18s host Sheffield United at the Oakwell Training Ground on Saturday morning as they look to make it five consecutive victories in the Professional Development League.

The young Reds have registered wins against Bolton Wanderers, Leeds United, Hull City and Crewe Alexandra in their past four outings to climb to second in the table, and three more points this weekend could potentially see them close the gap to leaders Wigan Athletic – depending on their result against Sheffield Wednesday.

“The lads have performed really well,” said U18s coach Tom Harban. “We were obviously disappointed to lose the first two games of the season [against Queens Park Rangers and Watford], but since then we’ve gone on a really good run.

“Defensively, we look really solid and we’re threatening going forward, too. They’re keeping clean sheets and working hard for one another, which is really good at the minute.

“When we changed the formation in pre-season, we’d had a couple of difficult games where we conceded a lot of goals, so it was an area that we had to address and do a lot of work on. 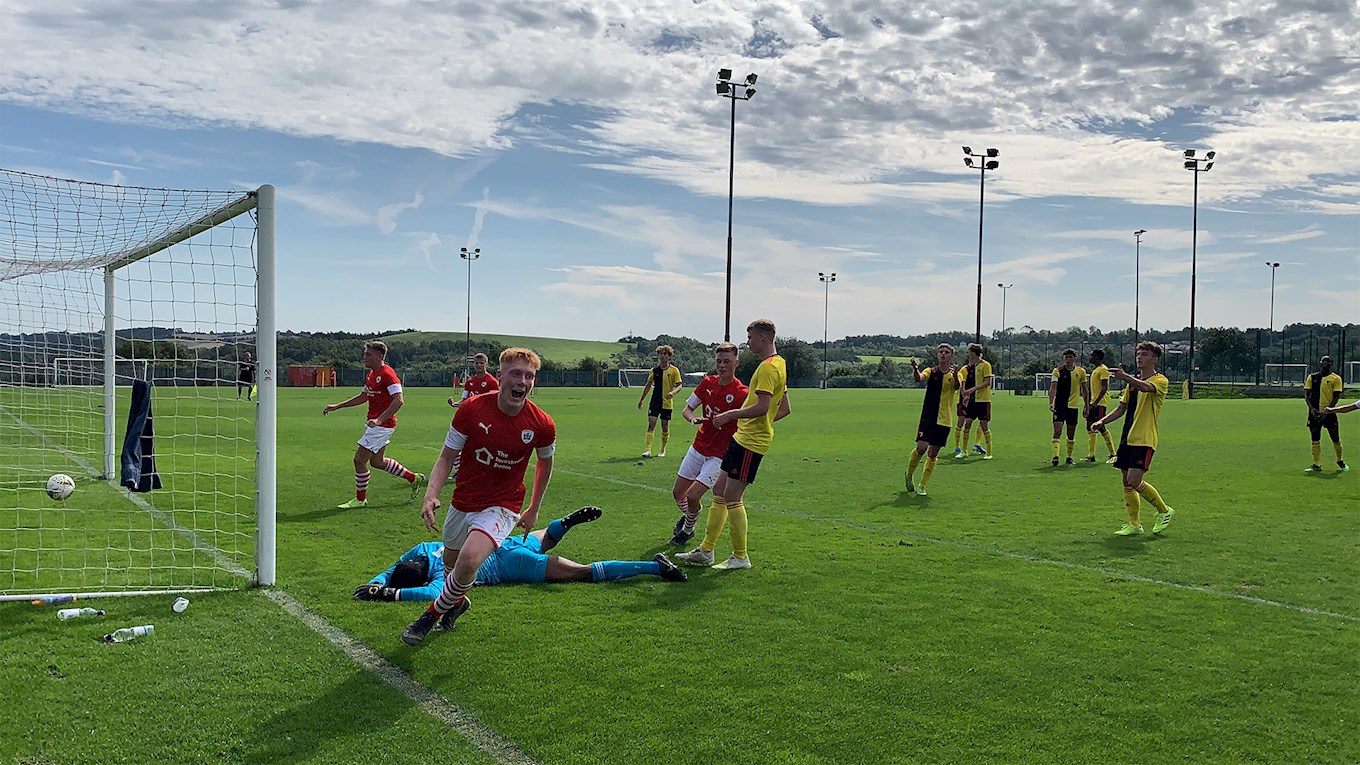 “The amount of clean sheets that we’re getting at the minute is really pleasing and it’s down to their desire to stop the ball going in the net – it’s not just the defenders; the midfielders get back in and so do the strikers when they need to.

“We just need to be a bit more ruthless when we’re attacking now because we’re creating a lot of chances, so we want the lads to make it more comfortable by putting the ball in the net a little bit more.”

Like Barnsley, the Blades are also in fine form heading into this encounter and currently sit third in the table – just one point behind Harban’s youngsters.

Sheffield United are the second top scorers in the division, having netted 18 goals in eight games so far.

However, Harban insists that his side will be preparing for this clash as they would any other game to ensure they are focussed on the task at hand: securing victory. 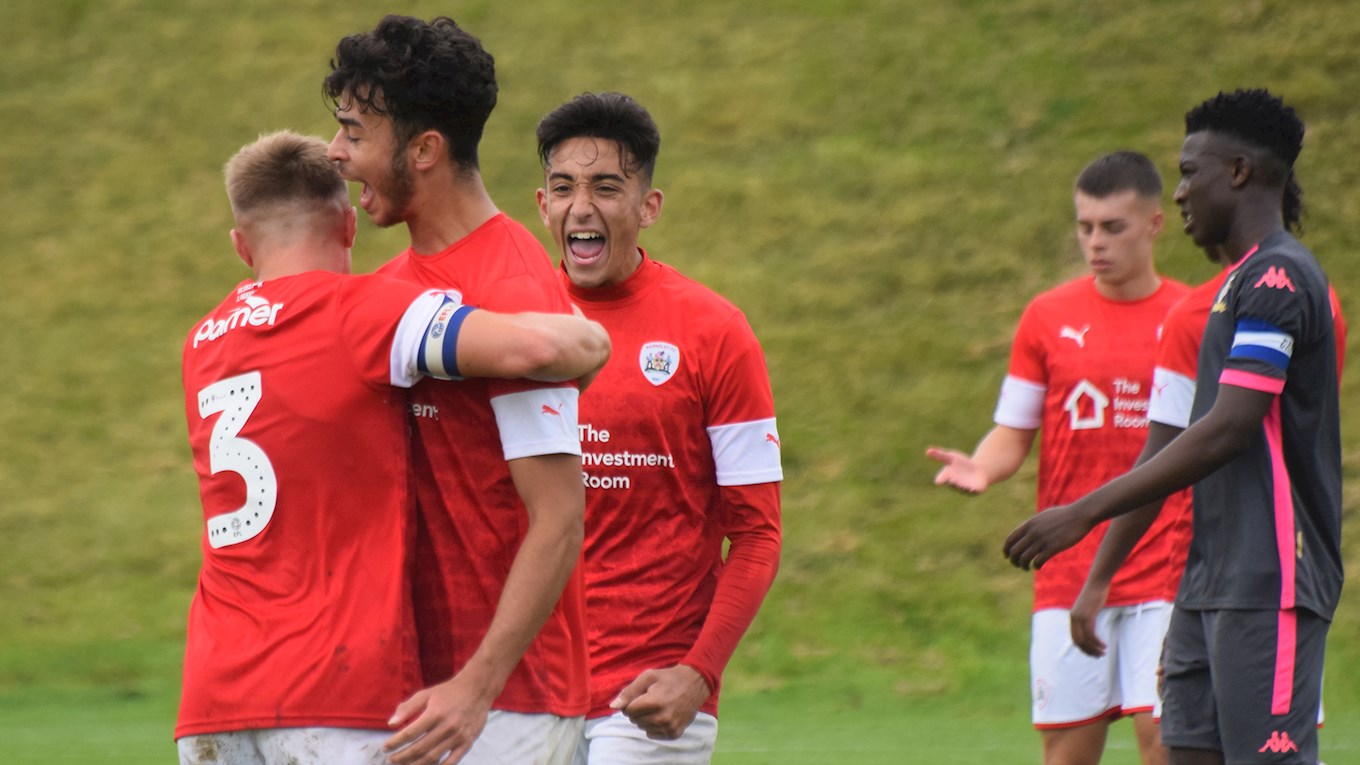 “Nothing really changes week in, week out; they know in their heads that it’s a local derby and I think it makes it that little bit more intense, if you like, knowing that we’re both up there and have been doing well in the last five or six games,” continued the 33-year-old.

“But we do treat it as just another game – we don’t prepare any differently; we go about our business and, hopefully, on the day we do what we can to get a positive performance out of it.”

Both fixtures between these two sides ended in draws last season, with the Reds twice coming from behind to salvage a point at home before playing out a 0-0 stalemate two months later.

Aiden Marsh was on target at Oakwell for Barnsley, and this is a game that carries extra significance for the young striker having been released by the Blades at an early age.

“Aiden just loves playing football,” admitted Harban. “I think there’s a little bit of incentive in these games against Sheffield United, but he’s hungry to play in every game – as they all are. 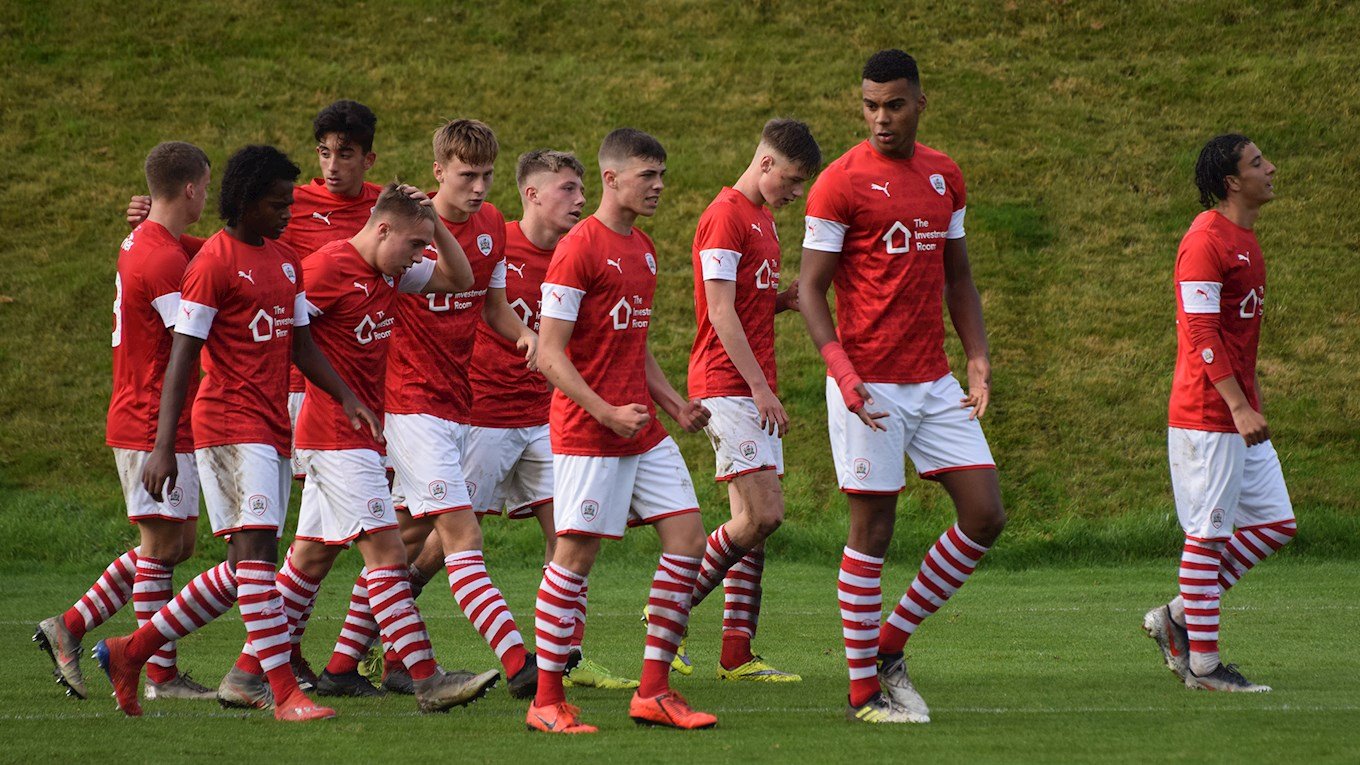 “They’re a good group and work hard through the week and work hard for their Saturday mornings. So, I don’t think his mindset is any different; he might have targets that he wants to achieve, but he’ll approach the game like he does any other.”

With the first team in action at Huddersfield Town in the afternoon, Harban and his talented U18s squad want as many Reds supporters as possible to come and cheer them on in the morning.

Kick-off is at 11am and it is free entry at the Oakwell Training Ground to watch what is set to be a thrilling South Yorkshire derby.

“Come and see why the lads are doing so well at the moment and see what we’ve got coming through the ranks, because we’ve got some good lads in there,” asserted the U18s coach.

“Obviously, the lads would appreciate the support – we’ve got great fans at the club, so if we can get people coming to watch the young lads in a South Yorkshire derby it’ll be an extra incentive for the lads to do well and show everyone what they’re capable of.”