Two goals from Cauley Woodrow helped the Reds to a share of the spoils at the Hawthorns in what was a display of real grit and determination.

“We had a plan and a way we wanted to go about the game and, going in at half-time 2-0 up, it was working perfectly,” admitted Murray. “We always knew, coming here, that we were going to be under the cosh a little bit and, in the second half, I think we’ve seen their quality.

“I’ve got to give credit to our players, I thought their work rate, energy and mindset to keep attacking to try and get that next goal was fantastic.”

There was an air of disappointment in the visiting camp at the full-time whistle, with some feeling it was two points dropped rather than one gained.

But Murray feels that is a reflection of the attitude of the Barnsley squad, who were also unfortunate not to take all three points from the weekend’s encounter with Swansea City at Oakwell.

“I think that’s the mentality within the group,” asserted the Reds’ caretaker Head Coach. “I said it before the game, it’s an unbelievable group of players and I said to the guys before the game everything I read and everything everyone says is that they’re a young team and they’ll run for each other.

“What they keep forgetting to say is that they’re really good players and I think they’re starting to believe that now. I said to them if we start putting in the sort of performances that we did on Saturday against Swansea and on Tuesday against West Brom and carry that on for the season with that confidence and belief then these guys will be fine.”

Woodrow took his tally to five for the season with his first half brace against the Baggies that put Barnsley on course for a crucial point.

His first was a bullet header from 12 yards, while his second from distance rounded off a marvellous team move that started on the Reds’ own byline.

“When you’ve got someone like Cauley on the pitch, he’s always capable of doing that,” insisted Murray.

“We’ve got people around him who can supply him with chances, we’ve got people who can get in the box. But if he gets half a yard like that, you know there’s a good chance he’s going to hit the net and he’s unlucky not to have his hat-trick.”

You can watch Adam’s full post-match reaction on iFollow Barnsley. 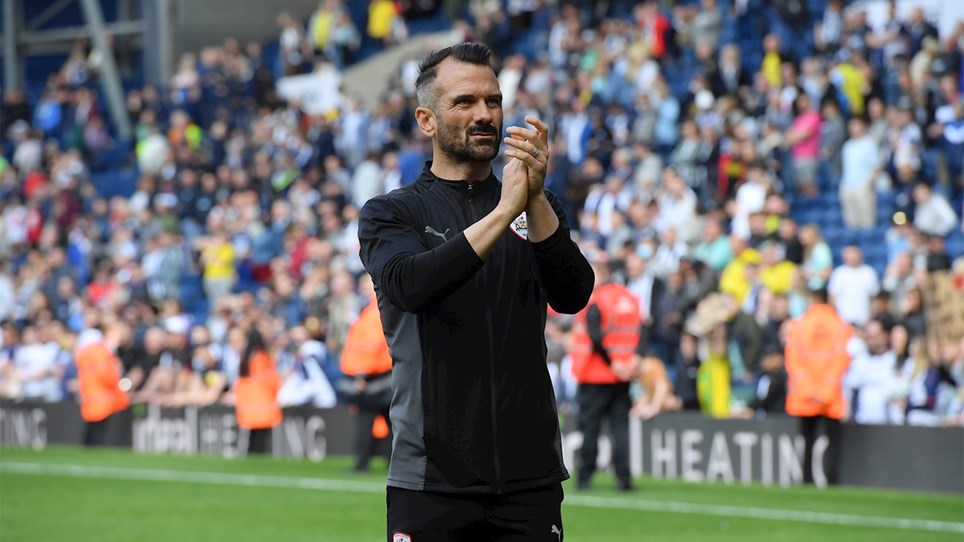