Taking his place in the Reds dugout for Saturday's draw with Swansea City, Adam Murray believes he saw positive signs against 'top' opposition.

Caretaker boss, Adam Murray says he’s gutted the Reds came out of the game with just the one point, after seeing his side give a rejuvenated performance that was more than worthy of taking home all three, as Barnsley fought back for a 1-1 draw on Saturday.

“Before the game, with the team we were facing, I think you’d be satisfied with a point." Murray told us, post-match.

"But with the way the boys performed; I think we’re a bit gutted. We had plenty of chances to go ahead, especially early on. But we showed great character to score after going behind.”

On more than one occasion, the Reds have put in a good performance this season but struggled to find the back of the net, despite creating plenty of chances. And it's something that reared its ugly head again at Oakwell against the Swans, which Adam was ruing at full-time.

As he explained, saying: “It’s a league that you need to take your chances in; it's ruthless. Teams only need one or two chances to punish you, so we need to improve in that department. But it shows the mentality of the boys to come back today against such a quality side.” 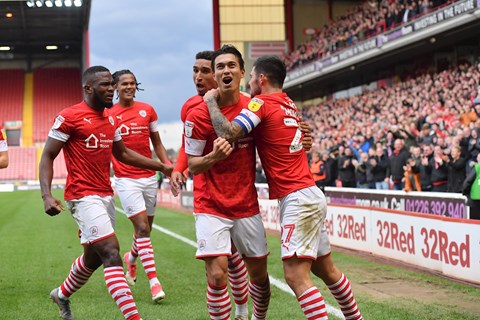 Goalkeeper Brad Collins was called upon on a few occasions in the game, and the former Chelsea man was in fine form to thwart Swansea’s best efforts, as he has done several times for the Reds this season.

“When you face a team that is high-flying like swansea, you’ve got to expect to have to rely on your goalkeeper and defenders at some point and when they were called upon today, they stepped forward and dealt with what was thrown at them.

“The attitude the players have shown is really positive. We’ve seen so much growth in what they’ve learnt from the tough start to the season, and hopefully that will continue.” 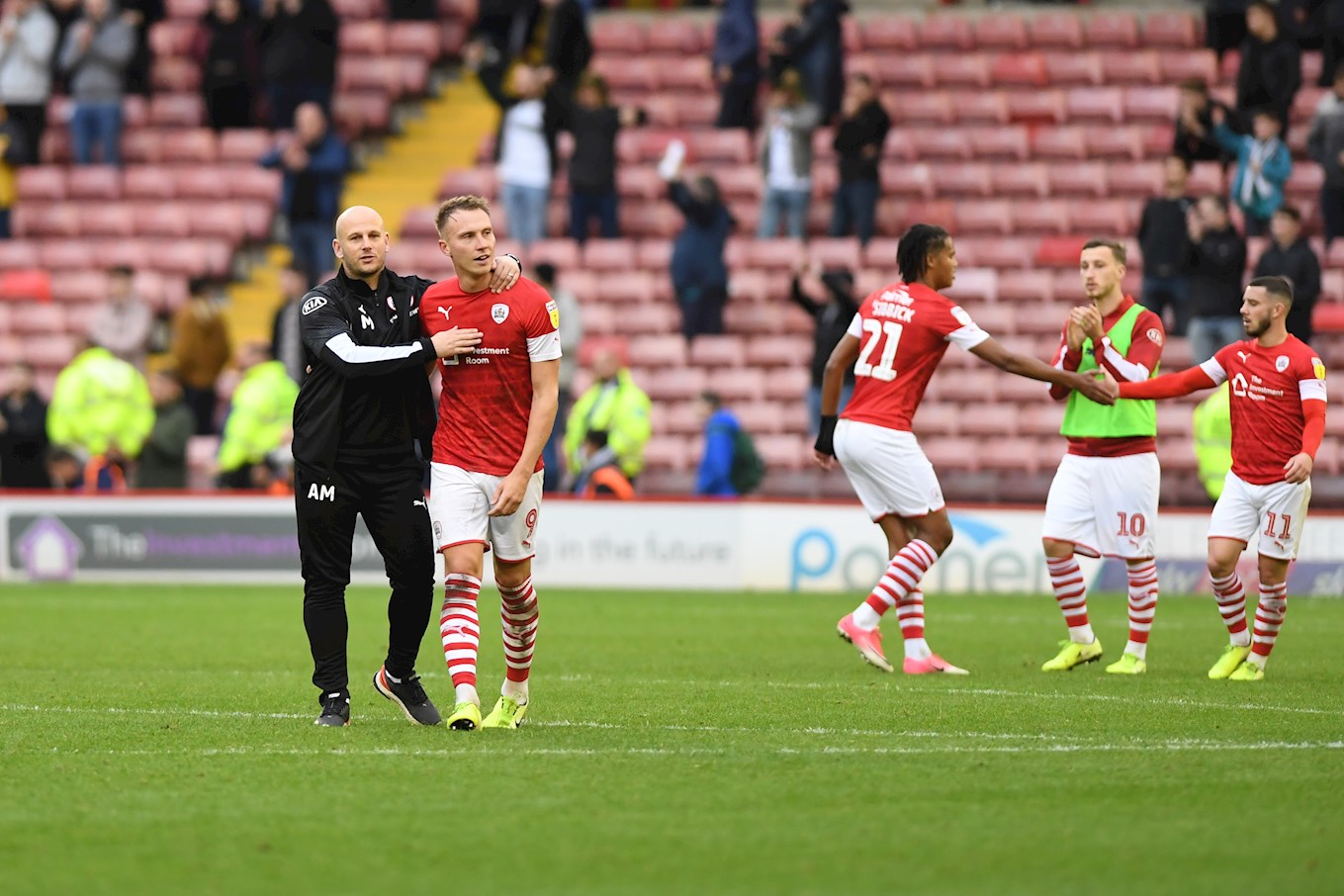 For his first match in temporary charge, Barnsley set up differently in the game with Murray opting for a 3-5-2 formation in the hope of adding structure to a side that had struggled to keep the goals out so far this season, but it was a tactic that isn’t unfamiliar for the club.

“As a club we have a philosophy that goes all the way through the age groups," he told us.

"And having that structure, I think that helped the players to deliver on the day. Even when we were under the cosh a little bit I think we looked solid in our shape. Credit to the players because they’ve had a lot of information to take on in about ten days.

"I was proud of their attitude and performance.

"I wanted them to put in a display that showed what this club is about and they did that."

The Reds’ next game comes quickly with a trip away to league-leaders West Bromwich Albion on Tuesday night with Barnsley looking for their first three points on the road this season in what could be Murray’s second game in charge, and he’s preparing the team just the same.

“I’m not sure if I’ll still be in charge," Murray laughed. "We’ll see what happens, but my priorities are to prepare for the game in the best way we can. But we’ll come in and get ready for the next games until we’re told otherwise.

"I'm just hoping to make sure that whoever comes in has a good environment to walk into.”