Barnsley fell to a narrow 2-1 loss against Huddersfield Town in the Yorkshire derby on Saturday afternoon.

Strikes in either half from Terriers skipper Christopher Schindler and Karlan Grant were enough to condemn the Reds to defeat, despite Jacob Brown’s late goal.

After a very impressive display in midweek at the Hawthorns against West Bromwich Albion, Adam Murray unsurprisingly went with an unchanged side and formation.

The early stages of the game told only one story, with the Reds well on top, looking sharp and pressing their opponents. A more direct style of play was on show, just the same as recent weeks as the team looked to get forward quickly.

This was the catalyst for the first chance of the match for the visitors. Kenny Dougall was in a great position to intercept a pass high up the pitch and play in Dimitri Cavaré. The right back looked to be in on goal but couldn’t direct his effort on target as the defender managed to make a crucial block.

As Barnsley continued to be in the ascendancy, a long ball up front from Brad Collins managed to bounce through the Terriers’ defence giving Conor Chaplin a chance of scoring. Unfortunately, Danny Simpson managed to swing a boot from behind and get a touch for a last gasp clearance.

Huddersfield had struggled to make an impact in the game as the three Reds’ central defenders looked organised. But a chipped free kick found its way to Grant, who smashed the ball across the box for Schindler to tap home at the far post.

Barnsley’s best chance of an equaliser in the first half came not long after as a mix up at the back gifted Cameron McGeehan the ball, but he was unable to divert his effort on target.

After some half time motivation from Murray and his coaching team, the Reds came out in the second looking to get back level at the earliest opportunity. Despite their efforts, Barnsley couldn’t quite find the right opening.

That early hunger and eagerness to get on the scoresheet may have been the downfall as Huddersfield hit back on the counterattack. After a quick break, forward Grant cut inside on the edge of the box and fired an unstoppable drive into the far top corner to double the Terriers’ lead.

There wasn’t much between the sides in what was a very tight and scrappy Yorkshire derby, only certain moments created the difference during the game. Neither side were able to control the game in the second half with chances few and far between.

Despite this, the relentless effort from the Reds managed to keep them in the game. Following a corner, the ball fell to Brown who did excellently, finding space and fire a shot into the opposite corner, past Kamil Grabara in goal.

Unfortunately, Barnsley struggled to find that cutting edge to grab a crucial equaliser as the game neared full-time, with the home side’s defences standing tall to thwart their efforts and see out the rest of the contest.

Up next for the Reds is a home clash with Bristol City on Friday night in front of the Sky Sports cameras. 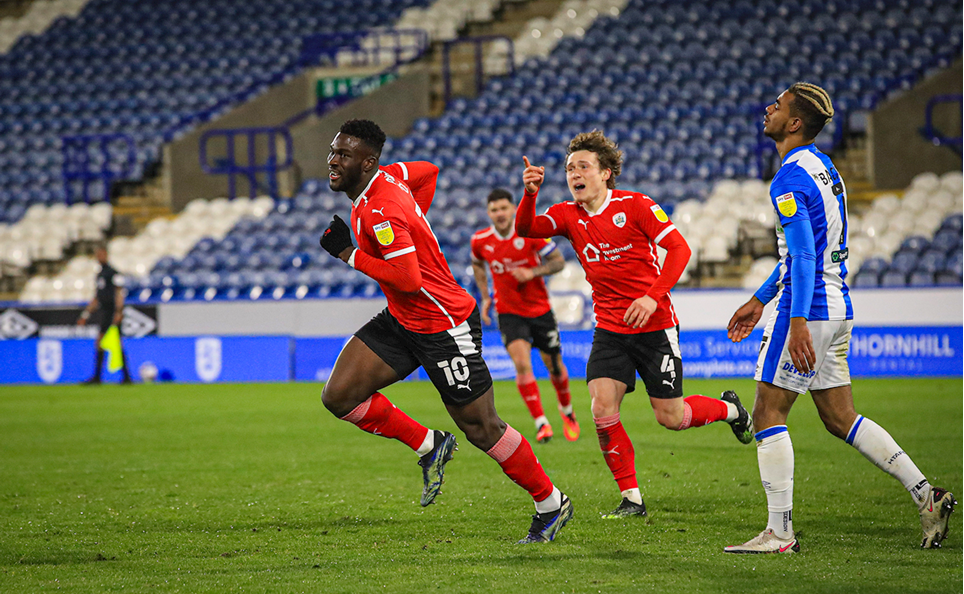 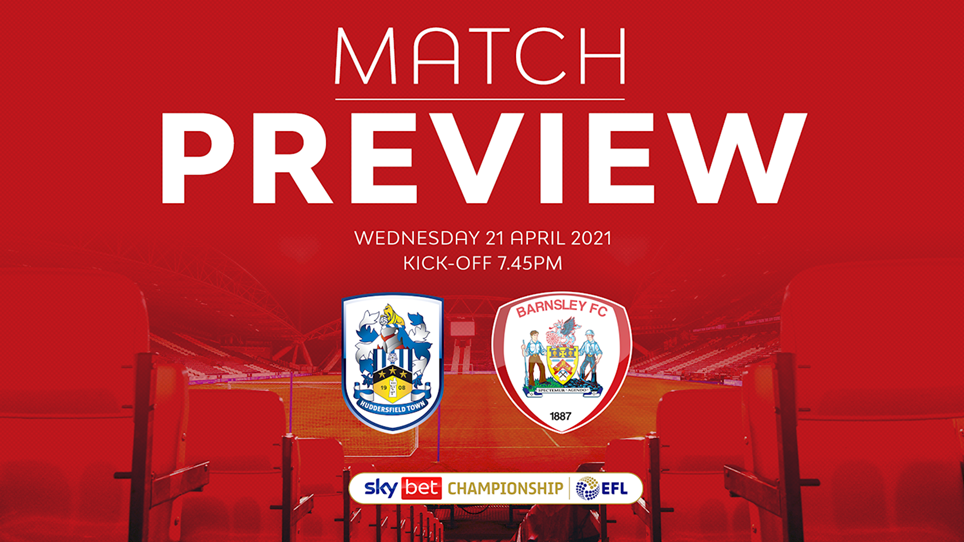 
It's a final midweek fixture of the 20/21 season next up for the Reds, as we head up the road into West Yorkshire to take on the Terriers!


Barnsley made club history on Saturday afternoon as they won a seventh consecutive game in the second tier.

WATCH THE REDS ON SATURDAY


You can watch the Reds against Blues this Saturday on iFollow Barnsley!


Barnsley began their pre-season friendlies with a victory at the Crown Oil Arena.