Speaking to the press ahead of his first match as Caretaker Head Coach of the Reds, Adam Murray spoke positively with high-flying Swansea City the visitors to Oakwell this coming Saturday.

With plenty of time to work with the squad of players on the training ground during the international break, Murray feels the group were receptive to his ideas and is hoping that the game-plan implemented this weekend will see the Reds to a welcome three points whilst acknowledging the task ahead of his new charges with promotion-hunting Swansea City coming to Oakwell for a 3pm kick-off.

Murray began by talking about being asked to lead the team following the departure of Daniel Stendel last week, telling us: "It's been a whirlwind nine days but as soon as we were asked to take the team and to plan training for the week ahead we've just cracked on really, we've got to work on the training ground and tried to make the players feel good about themselves again.

"We've all been in football long enough to know what it can be like and these things do happen when results aren't good enough. You've just got to get on with it and do your level best for the club because that's why we are here, that's what we are employed to do.

"So myself and the rest of the staff got our heads together, and more importantly got together with the players and we went through what we need to be doing if we want to hit the targets we're setting.

"But there's a clear philosophy at the club," Murray continued. "It's got a DNA and that won't change. We will continue to play in the same kind of way but there might be some little bits and bobs that we tweak here and there to maximise our chances of succeeding, but nothing major.

"The messages about how we play will be the same but the most important thing at the minute is the players and their confidence and their focus, making sure they know how good they are and how good they can be in this team for Barnsley."

Whilst a new face come Saturday in the home dugout, Murray isn't unknown to the Barnsley squad. He joined the club in the summer of 2018 to work with the U18s having previously had success in his first coaching role, managing Mansfield Town, but he was soon promoted by Stendel to work with the first team.

He believes this will help him, however long he's taking charge of the first team, and is focused on making sure the players go out there and express themselves, playing without fear.

"I've been around the group a long time," Adam explained.

"Through most of last season and of course this season, and I think you need to make them feel good as people. After what's happened it's tough for players when they've taken a couple of punches to the chin. It can be difficult to regain your confidence.

"I really enjoy working for the club. I've been here 18 months and I think we fit well together, it's got the same ideas that I have and I care for its well-being. So it's my job at the moment to look after the group, to prepare the players and make sure that when the next manager comes in he's taking over in a really good environment."

There are few harder tasks in your first match in charge than to be faced with a Swansea City side who are fourth in the table, just a point off the top and unbeaten away from home so far this season. But Murray is quietly confident in his players.

He declared that the focus is on the Reds, it's about what Barnsley do that matters most.

"They're a really good side, Swansea." He stated. "They're not in the position they are through being a poor team. I think the manager there has done fantastic to move seamlessly into club football from an international background.

"He's got them playing a good brand of football. But again, I'll speak honestly and open - our focus is us.

"We've put all of our work into us and what we can do. We are aware of Swansea in terms of their strengths and weaknesses but we're not afraid of them and we want to make the game about us.

"It's about clarity for the players, and I think we've given them that the last nine days. Every player needs to know what they need to be doing in and out of possession, they have to know their roles and clearly. They need to go out there with a clear vision and to express themselves without worrying.

"A big thing I think for us is that when we get these lads playing again with confidence and able to show their ability, it will be exciting to watch. There's lots of these lads who can go on and have very good careers. If they can go out and not play with fear or anxiety, we will give anyone a game in this league."

Adam finished off his pre-match press conference by speaking about the togetherness around the club, not only out there on the training ground and also asked for the Reds supporters to put aside any concerns when it comes to matchday and give the players their unwavering backing.

"I've been fortunate really because there are great people involved at this football club and I'm talking about your office staff, the groundsmen, the cleaners and of course the players and us staff. Everyone is together for Barnsley. It's so easy to work here and there isn't any of them who wouldn't go through a brick wall to help me out.

"And we need that, you need that kind of togetherness. The supporters here are a great bunch and they travel in numbers and the noise they can make here at Oakwell is something else, it really is. So of course we know it's been challenging recently but when those 90 minutes or however long are here on Saturday, we all need to be together.

"That's all I can ask of them really. Get behind the lads because they need you." 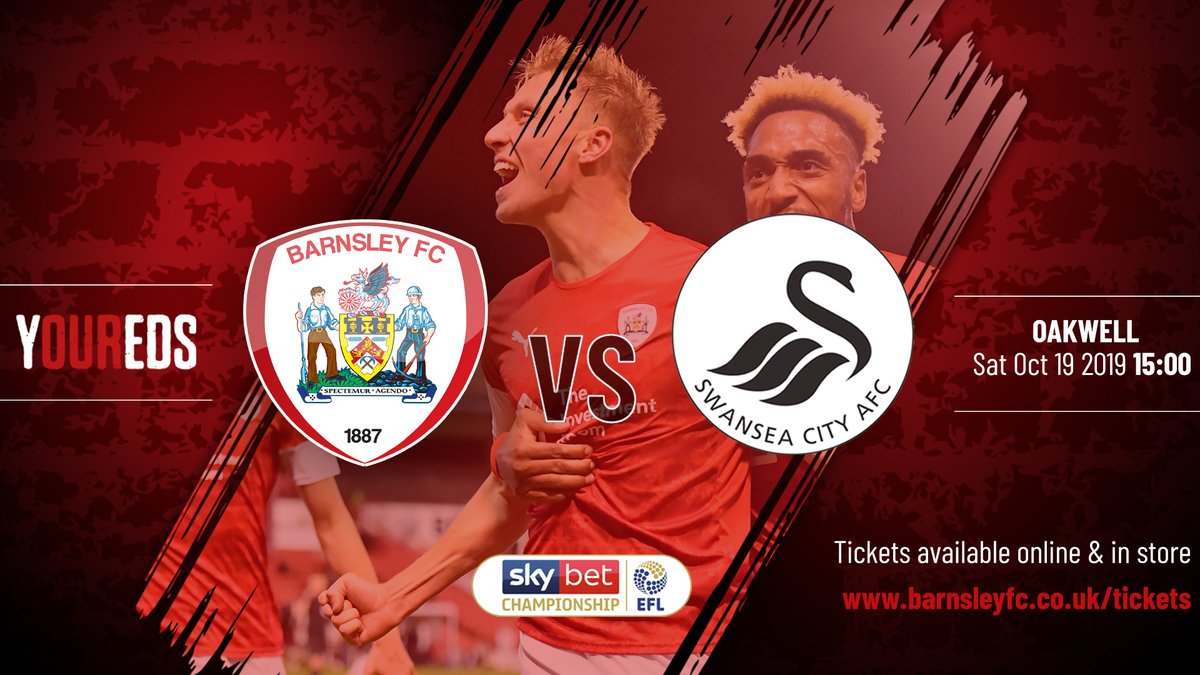 
The Reds' boss spoke with the media ahead of this weekend's crunch Sky Bet Championship play-off semi-final second leg with the Swans.


The Reds forward spoke with the assembled press ahead of Saturday's trip to South Wales for our play-off semi-final second leg.


Ahead of our clash with Swansea City on Monday evening, Alex Mowatt says Barnsley are aiming to make their mark on the Sky Bet Championship play-offs.


Heading into our Sky Bet Championship play-off semi-final first leg against Swansea City, Valérien Ismaël says there is no pressure on the Reds.


We've got the thoughts of one of our new signings ahead of Saturday's season-opener in the Welsh capital.


Ahead of Saturday's opening-day trip to Cardiff City, we got the thoughts of our new captain.


With our first game of the 21/22 Sky Bet Championship campaign just around the corner, we caught up with new signing, Josh Benson, on the training ground.