We are delighted to announce the appointment of Gerhard Struber as Barnsley Football Club’s new first team head coach. The 42-year-old Austrian arrives at Oakwell with top level experience, having managed Wolfsberger AC in this season’s UEFA Europa League, with impressive results to show for the matches played thus far.

Struber, a much sought-after product of the Red Bull coaching system, had a 13-year playing career as a combative midfielder. In 2007, hanging up his boots to begin his coaching career and entering the Red Bull Salzburg coaching system, Struber fine-tuned his skills in an environment which is now well renowned for its exciting, pressing and attacking style of football.

Our new head coach begins his new role at Oakwell immediately, having signed a contract until 2022 with a further year optional. An announcement will follow on the appointed backroom staff that will assist Struber. 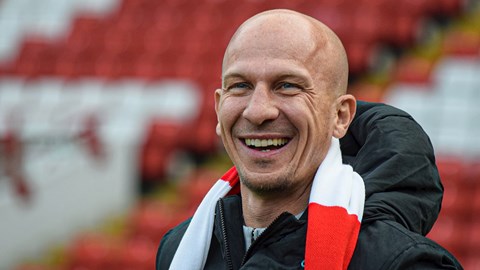 Who is Gerhard Struber

Speaking to barnsleyfc.co.uk, the new Head Coach said: “I am extremely happy and proud that everything has worked out and I would like to thank the board for giving me this opportunity. The last couple of days have been extremely exciting and I am ready for the challenge to do everything we can, to keep this club in the Sky Bet Championship.

“Now is time for everyone to pull together - the board, the management team, the squad, the wider club staff and of course our passionate supporters. If we can do this together, we can keep this club in this league. I can’t wait to start working for this club, and especially to meet you at the game this weekend.” 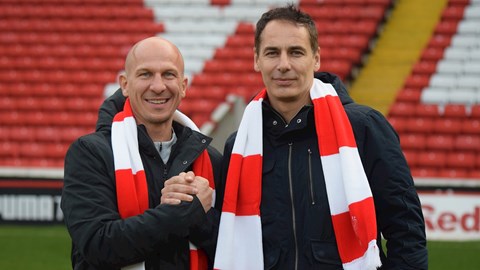 CEO Dane Murphy was delighted to secure a coach who was a top target for the club, after a lengthy pursuit of his services. He said: “Gerhard is a young coaching talent that any side would be pleased to have. The club had pursued him in the past as his tactical approach and track record of developing burgeoning talent appeals to the core philosophies at Barnsley Football Club. Gerhard made it quite clear that he believes in our project and has confidence that the club can remain in the Sky Bet Championship under his stewardship, which is the club’s main objective for this season.

“This was a long, arduous process that tested the patience of many working to better the club. In the end the labour has bore fruit and we are anticipating an enticing brand of football with Gerhard at the helm.”

Struber’s first match in charge of the Reds will be the trip to face Blackburn Rovers at Ewood Park on Saturday 23rd November. You can get your tickets by CLICKING HERE!

BE RED Vs Hull City


Here's what is coming up in this weekend's edition of BE RED...


Gerhard Struber says Barnsley are going to work hard to bounce back from their Sky Bet Championship defeat at Derby County on Thursday evening.


Gerhard Struber was delighted with his rampant Barnsley side as they ran out 5-3 winners at the weekend against Queens Park Rangers at Oakwell.