Austrian U21 international Patrick Schmidt was overjoyed to score his first goal in Barnsley red on Saturday, but admits it was a bittersweet moment, as the Reds fell to a 4-2 defeat against Stoke City at Oakwell.

The 21-year-old netted with his first touch of the game, with a cool, calm and collected finish just seconds after coming on as a substitute in the 81st minute.

However, Schmidt says he was disappointed with the final outcome on the day, after two goals from Sam Clucas, a penalty by Lee Gregory and a Joe Allen strike secured the win for the Potters.

Speaking after the match, he said: “We all feel very disappointed because we worked really hard in training every day this week, but we didn’t get the rewards.

“Maybe we gave away the goals too easily. However, we need to pick ourselves up and turn it around by creating a positive feeling of scoring first and getting the three points at the end of the match.

“It was a very important game for us. It felt like a six pointer as Stoke were at the bottom of the table and we were just above them, but now we have to work even harder to get that win we deserve.”

Despite the result, Schmidt was pleased to get off the mark for Barnsley in front of the Oakwell faithful and hopes his first goal for the club will provide a platform for success over the course of the season.

“I would feel much better if we got the three points, but it’s good to get my first goal and I hope there will be more to come.

“My family were here at the stadium for the first time as well so that was a nice moment for me, but overall it would have been better if we got the win.”

The striker has been called up for international duty next week, and will be away with the Austrian Under-21 squad for their game against Kosovo on Friday.

However, since moving over 900 miles from a small city in Austria to the Yorkshire town of Barnsley, Schmidt says he has settled in well into life at Oakwell and is enjoying the challenges of the Sky Bet Championship.

“I want to play more and score more. I feel happy in England, I like Barnsley, I like the town and also the Championship, but all we need to do is win games and I will feel even better.

“We have many more games to come, but we need to get three points as soon as possible and get into the flow of things. I’m very positive and so is the team because Barnsley is special, and I know we can turn it around.” 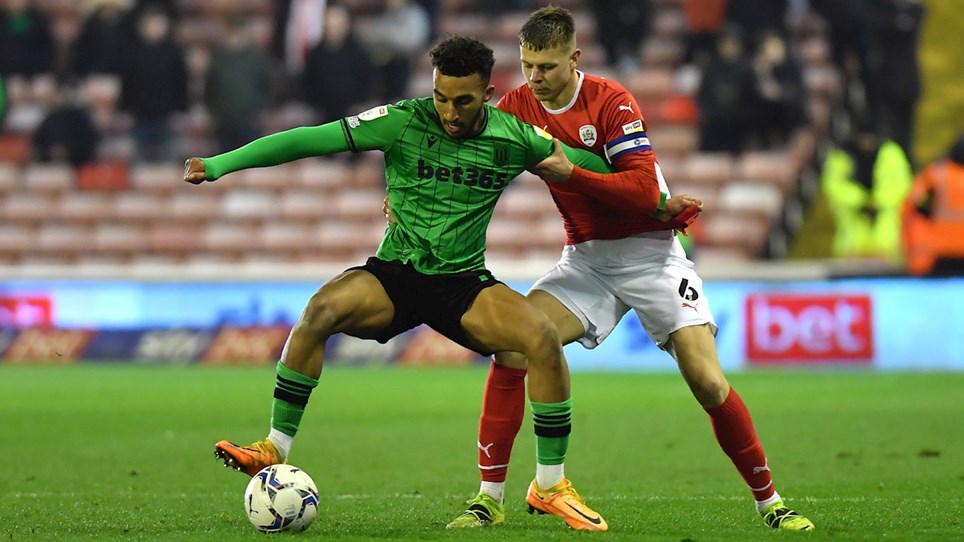