The heartbeat of the Reds for the last 18 months, captain Alex Mowatt spoke to the press this week ahead of the visit of Hull City to Oakwell.

The former Leeds United man has been one of the standout performers again this season despite the torrid spell the club are enduring, winless since the opening day of the 2019/20 campaign.

Alex is adamant that there's nowhere to hide and that only by sticking together will the Reds climb their way to Sky Bet Championship safety.

Mowatt told us: “I don’t know how many changes of manager I went through at Leeds, it was a lot, and now here we are on our third manager already this season, so it is pretty similar. I am used to it though. 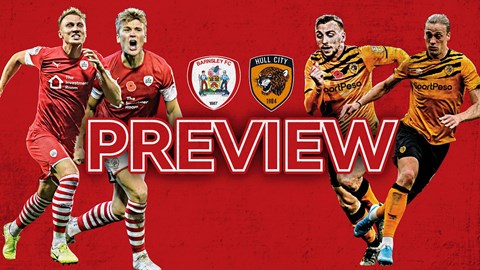 “We have got to stick together as a team and cannot hide away in games and we have to play for 90 minutes. There has to be focus and concentration.

"Even the boys who have not been starting and not coming on, it is about everyone as a team, really. All in it together."

Barnsley have dominated a majority of matches despite their poor results. Unfortunately, mistakes have hampered their progress, with Wednesday night's defeat at Middlesbrough a prime example of how cruel football can be.

“No-one wants to get relegated," Alex explained. "And hopefully we can turn things around. Last season we won most weeks and now we're getting this. It's tough to take and I've not experienced this myself before.

“I think we have gone away from making the right decisions and doing basic things. Little mistakes keep costing us and it's different players each week so it's an issue we need to put right.

“Not making the right decisions in the right areas has cost us since the start of the season. Making simple changes will help us massively.”

Taking the armband as skipper adds even more responsibility to one of the squad's elder statesman, a player with the most experience at this level.

Mowatt believes he's a good captain and is proud to lead the Reds but wants to lead them to better results.

“I would not say I am a massive talker before the game, but I do get angry during the game and talk a lot on the pitch and then after the game I'm pretty vocal. I live within that 90 minutes really.

"I've enjoyed the role, I'm proud to be Barnsley captain. I want to make a difference.

"We all care, it hurts us all and I know the fans - who have stuck with us really - they deserve much better than we're producing.

"It's time we got things fixed.”