It has been a productive few months for Victor Adeboyejo, who joined Bristol Rovers on loan at the end of July.

The young striker has appeared 13 times so far in Sky Bet League One – five of which were starts – and has helped the Pirates climb to ninth in the table, just one point outside the play-offs.

Quite a transformation for a side that flirted with relegation from the third tier for large parts of the previous campaign.

“The team has been doing really well,” insisted Adeboyejo. “I feel like we’re in a good vein of form; everyone is getting to know each other and is bonding, so it’s good. I think we’ve got a lot more to come as a team and we’re doing well, we just need to develop.” 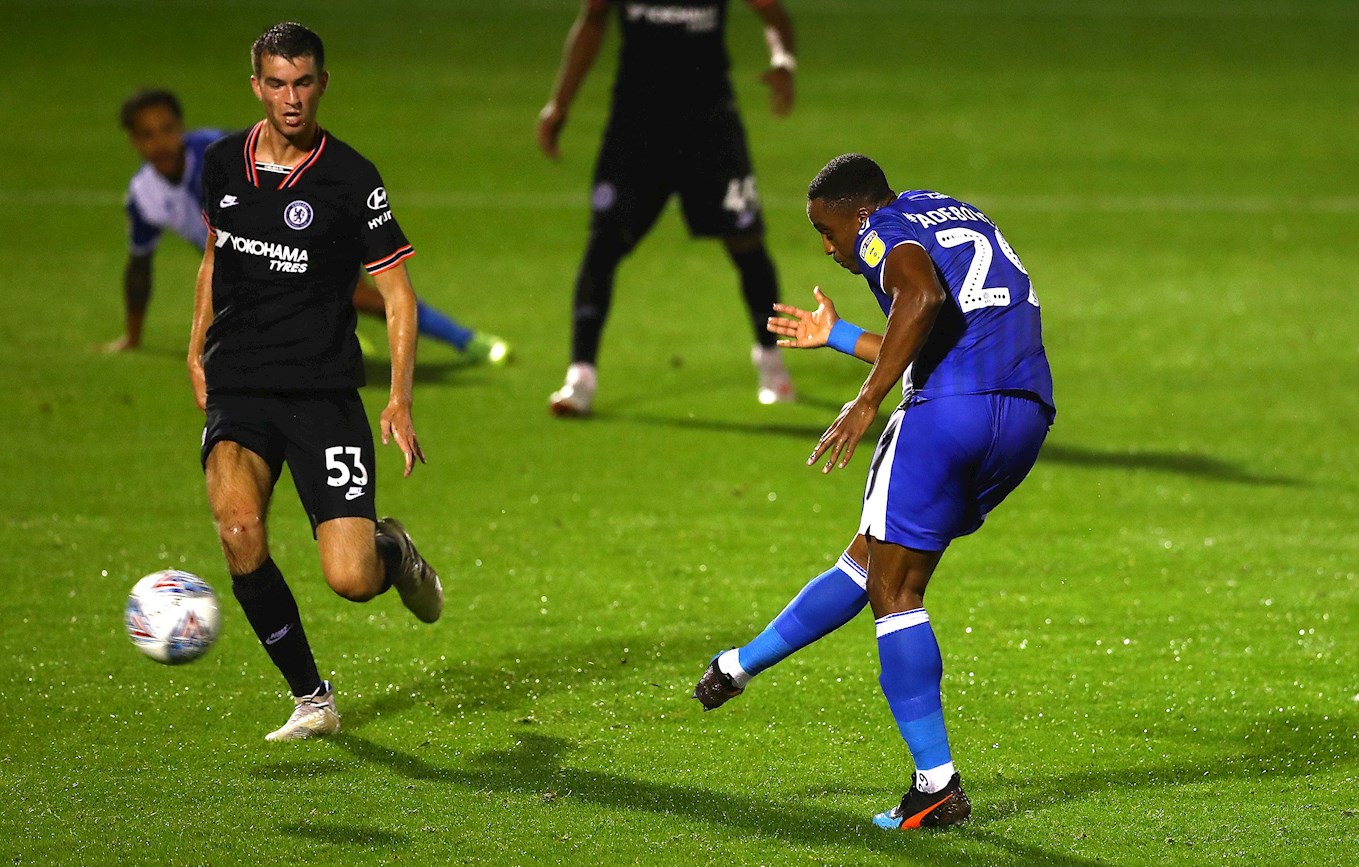 After netting his first competitive goal for Rovers against Chelsea U21s in the EFL Trophy in September, the 21-year-old got his league account up and running last weekend as he netted the opener in a 2-1 victory at Rochdale.

It was a typical, instinctive poachers finish from Adeboyejo as he flicked home from inside the six-yard box after Tony Craig had headed the ball goalward.

He also played a significant role in the visitors’ second of the afternoon, causing a nuisance in the area and forcing Eoghan O’Connell to divert beyond his own goalkeeper at Spotland.

“It was very pleasing just to get off the mark in the league and I’m trying to kick on from there,” he continued. “The players have been really supportive throughout the time I’ve been here, helping me to settle in and understand how the team plays. So I’m really happy to get off the mark and hopefully it’s the first of many.

“It’s been good so far. Obviously, it’s good to get games regularly in a men’s environment and I’m just trying to develop my skills more while I’m here.”

Adeboyejo has featured 19 times in all competitions so far this season under the tutelage of Graham Coughlan, who took over from Darrell Clarke at the Memorial Ground in December last year.

He has given the Barnsley loanee an opportunity to flourish and express himself, playing alongside the likes of Jonson Clarke-Harris, Tom Nichols, Alex Rodman and Tyler Smith.

“Graham has been really good to me; he speaks to me and tells me what I’m doing well and where I can improve,” said Adeboyejo, who is currently living with fellow striker, Smith, on loan from Sheffield United.

“I feel like he’s handling me very well and giving me the time and opportunity to make mistakes and correct them to get my performances up, so I’m learning all the time.

“The main thing last season was trying to get a run of games going – if I’d done that, it would have been pleasing. But, this season, to get the run of games, I feel like I’m learning a bit more about myself, what I need to do and how to position myself and how I can be more effective for the team. So, I think I am developing, I just need to figure out what I can do to improve myself as a player.” 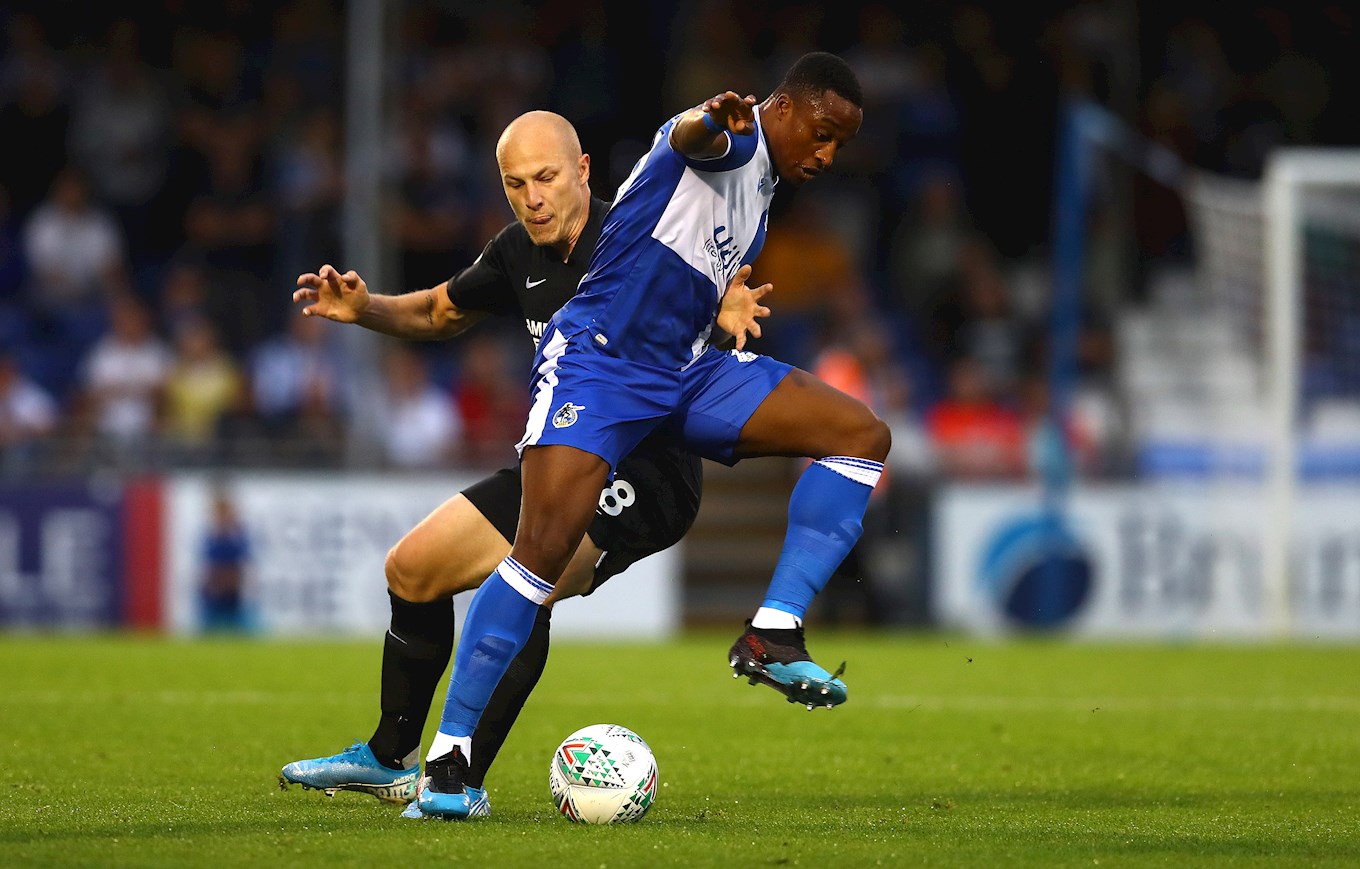 Despite being 200 miles away, Adeboyejo still keeps an eye out for the Reds’ results and was particularly impressed with his parent club’s performance against Bristol City.

While Barnsley have been unfortunate in several games this campaign, the former Leyton Orient striker believes that one win could be the catalyst to turn the Reds’ season around.

“It started off really well for us but it’s been a tough time, looking at it,” admitted Adeboyejo. “I’m sure the boys are working hard to try and get the club where it should be and I’m sure Barnsley will be flying very soon.

“But I just need to focus on what I’m doing, and I obviously wish the team the very best for the season and hope results pick up.”