We caught up with Dale Tonge following the Reds' successful end to a campaign that will live long in the memory!

After a stellar 2018/19 campaign with promotion from Sky Bet League One confirmed with a game to spare, Reds Coach Dale Tonge was naturally in good spirits when giving us his reaction.

“You’d have to call it a very successful campaign,” Tonge stated.

“I think it’s rewarded the efforts of all of the players here and the staff throughout the club for the hard work that goes on in making a perfect environment in which to perform.

“The boys have got their just rewards this season.”

Having suffered relegation 12 months ago and with another managerial departure, people would have been forgiven for fearing the worst last summer.

But the appointment of Daniel Stendel proved to be a masterstroke and Tonge explained in his own words why he believes success came so quickly to the German Head Coach.

He told us: “The style of play that the Gaffer brought here and the group of players here who’ve made it work, they deserve tremendous credit.

“We made some very good additions too, to an already capable squad.

“It was always likely to be successful with the confidence instilled into the players by the Gaffer.” Tonge continued.

“They bought into him instantly, and his enthusiasm and the faith he has in his system shines bright every day around the place, so it’s no surprise to have witnessed what we have this season.

“Daniel is a huge personality, he’s a real winner. He wants to be the best, to win at everything that he does, whether that be a training exercise, card game, he wants to win it all. That rubbed off on an already positive set of lads.”

Gaining promotion with the Reds as a player and now, 13 years later, as a member of the coaching staff is something few can boast, but Dale was quick to explain why he preferred the success this time around. 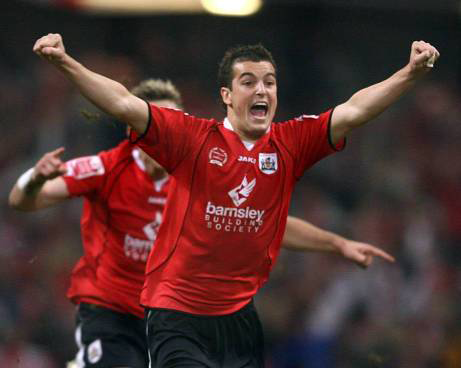 He said: "It's a proud thing to be able to say I suppose, that I've done it as both a player and coach, but I think this was more special.

"I never expected this season to turn out like it has, not at all. I'd prepared the youngsters in the Academy and was looking forward to helping them continue their development.

"But to get the call from the first team, from the Gaffer, you can't turn that down.

"And it's been one hell of an experience and probably the highlight of my career so far."

With the runners-up trophy safely placed in the cabinet, parade experienced, awards handed out and promotion celebrated, the players have left for their holidays.

Tonge admits that it’s a deserved break and an opportunity for the players to recharge the batteries ahead of our return to the Sky Bet Championship.

“It’s about getting away for the players now and having some down-time with their friends, family. It’s a real slog, nine months of matches, especially at third tier level with the amount of games, plus the brand of football we play.

“They’ve made everyone proud and can go away and relax knowing that.

“The staff at the club will have everything in place to come back raring to go once again when pre-season comes around.”