After a debut season of success, we caught up with Chris Stern to get his thoughts on the Reds' promotion...

The popular Assistant Coach arrived at Oakwell in the summer of 2018, teaming back up with his former manager in Daniel Stendel.

Stern had to retire from playing back in 2015, but the 26-year-old German soon moved into coaching and after a spell with Hannover’s U23s squad, he linked back up with Stendel and what a first year it proved to be for Barnsley.

Following promotion, Chris described the achievement as the best of his career so far.

“It’s been a special first season for us,” he explained.

“My first promotion in my first year at the club. I’m delighted the way things have gone, in what has been a very long and demanding season.

“It was strange getting promotion confirmed while I was sat at home with the kids! But it’s been an amazing time and I don’t think we could have asked for anything more really.”

Moving to a new country, with a young family in tow, it was a brave and ambitious decision according to Stern, but faith in his and Daniel’s own work made the transition easier.

He told us: “Football is football, whatever the country. But it’s a risk we knew we were taking. I can only say that the welcome we received instantly made us feel comfortable.

“We were welcomed by people in the town, they accepted us straight away. The staff here at the club were great with us and made it simple to acclimatise.

“And then the players, they were great also. They bought into our ideas, they believed in what we were teaching just as much as we do. That great start made things easy from the beginning.” 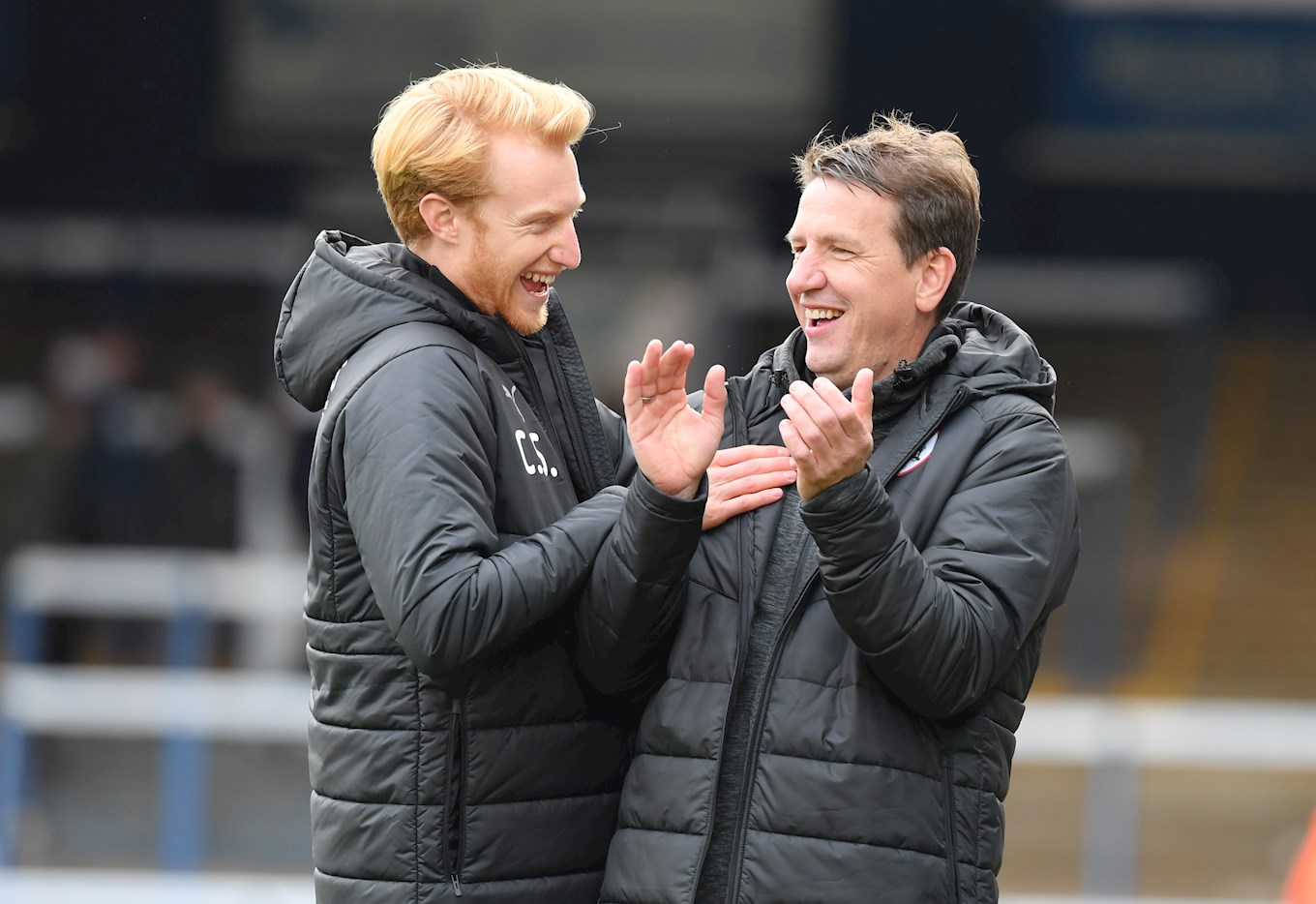 That feeling of pride and togetherness, not just at the club but around town is something that Chris is acutely aware of, living here himself.

He told us that this ‘special’ campaign will live with him forever knowing that the supporters have smiles back on their faces owing to something he’s helped to create.

“We knew the atmosphere around the place last summer, we felt that as outsiders, everyone needed lifting. But they wanted to be lifted, there was no apprehension, they jumped onboard and it’s been a great ride for us all.

“It’s nice to think we’ve given them something back. Given them what they want.

“Barnsley is a proud town with hard-working values and I know the gaffer was clear that his team would reflect that. It’s why we were offered the job, our philosophy matched the ownerships here.

“And the support throughout the season has been unbelievable. Up and down the country, we are never not surprised at the following. They’ve been rewarded I think. We thank them for their backing.”

With a couple of months to rest, plan and prepare for life back in the second tier, Stern is quick to remind us that this was just year one.

Planning and strategies have been in place from the moment they arrived, and whilst the success of this season should be celebrated, he tells us that focus is always on ways to get better, to keep growing as a staff and club.

He explained, saying: “It never stops really. Yes, we’ll have some time with our friends and family now but the club doesn’t just close. There are always people working away behind-the-scenes to help develop the project.

“When we joined last summer the goal wasn’t about getting out of League One and then feet on the desk, job done. It’s a constant process and the next target is competing in the Championship.

“This is a good squad of players and the staff believe we can continue to thrive. I am looking forward already to getting back in for pre-season training and seeing what we can achieve next season.”