Barnsley FC Ladies re-claimed the County Cup trophy back from Huddersfield Town Ladies after winning on penalties in an enthralling affair.

In the fourth consecutive year for this fixture, the Reds were looking to get their first win in it since the 2015/16 season, and it looked like it was going to be a good day.

Just seven minutes in, the Reds found themselves in the lead. After being played in the clear, Drew Greene unselfishly squared to twin sister Darcie, who placed the ball into the empty net.

One quickly became two as less than five minutes later, Lissa Woodhouse used her pace to latch onto a ball over the top, and she looped over the onrushing keeper from 18 yards.

Barnsley were holding their own against a Terriers side that are in the league above, and had two strong penalty shouts waved away, one for handball and one after Woodhouse appeared to be bundled over in the area.

However, Huddersfield started to get a foothold in the game and pulled one back just before half time.

Captain Kate Mallin beat the Reds defence and played a cross across the face of goal which deflected off Reds’ captain Lucy Turner and into the back of the net.

The Terriers came out the stronger side, and it took a goal-saving block from Reds’ defender Annie Ward to keep Barnsley’s noses in front.

But just after the hour mark, Huddersfield equalised. Laura Elford finished well from 12 yards after good work down the left.

With five minutes to go, the Reds re-took the lead. Substitute Amy Woodruff surged through one-on-one and kept her cool to slot past the keeper.

However, there was yet more twists to the tale. In stoppage time, the referee awarded Huddersfield a penalty after Danielle Whitham was alleged to have brought the Terriers’ player inside the area. Captain Mallin stepped up and squeezed it past Kirkham.

30 minutes of extra time followed with two tiring sides both having opportunities to win the game, however the score stayed tied.

Into penalties it went and keeper Skye Kirkham played hero.

After playing the whole second half with a broken finger, she saved two of Huddersfield’s three penalties.

Sophie Crosby, Annie Ward, Danielle Whitham and Sophie Bell all scored, ensuring the Reds won the shootout and would end a fine season with a piece of silverware.

Reds’ boss Chris Hamilton said: “I’m absolutely delighted. The girls were unbelievable. The attitude, the commitment, the amount of running they’ve done in that game is frightening. Some of the link up play we displayed was quality.”

“We want to show that we’re of the level of a team like Huddersfield and that’s what we’ve done today. The girls just never, ever say die.” 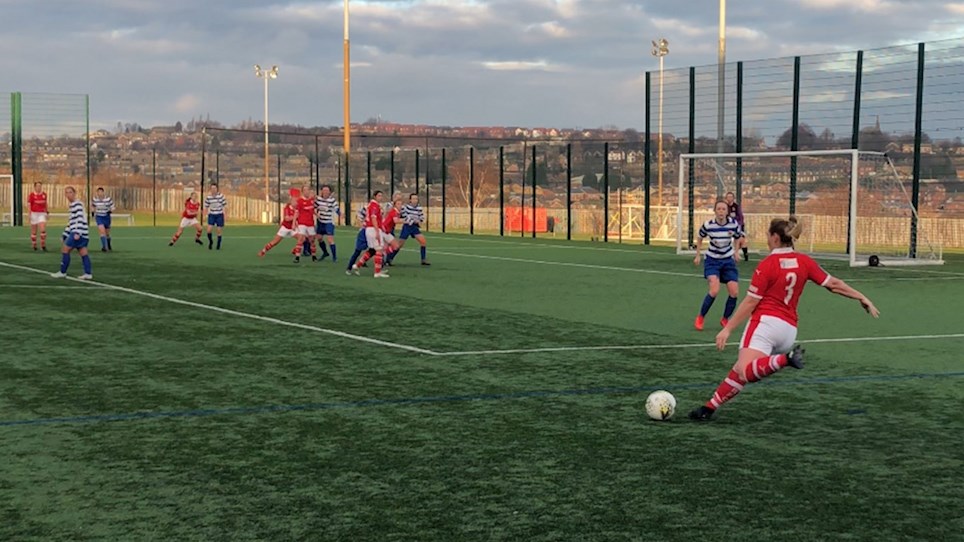 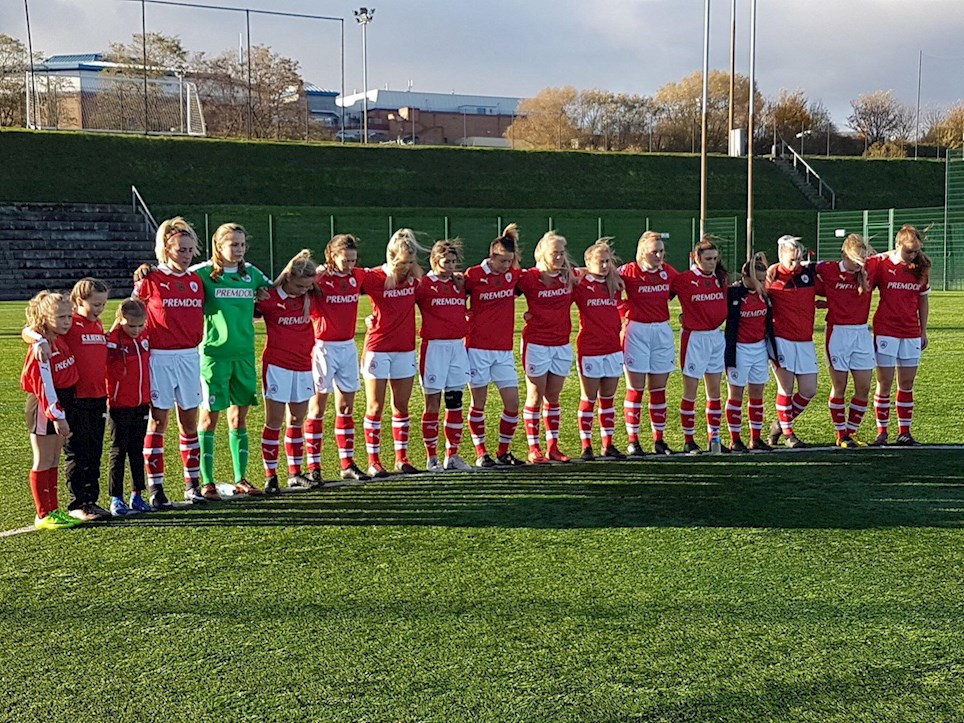 Reds make it five from five against Morecambe


The Ladies in Red continued their impressive form in their latest three-point performance.